The Department of Political Parties of the Court of Auditors will have to determine whether the "compulsory donations" that Más Madrid demanded from its supporters, advisors and neighboring members (delegates of the formation in the plenary sessions of the Madrid City Council districts) were illegal or not. 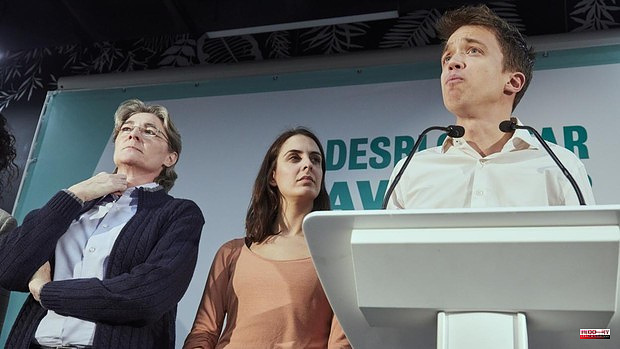 The Department of Political Parties of the Court of Auditors will have to determine whether the "compulsory donations" that Más Madrid demanded from its supporters, advisors and neighboring members (delegates of the formation in the plenary sessions of the Madrid City Council districts) were illegal or not. . The chief prosecutor of this jurisdictional body, Manuel Martín-Granizo Santamaría, in a letter to which ABC has had access, has asked the president of the Court to send the documentation already reviewed by her team so that she can carry out the “external control of the economic-financial activity» of the party led by Íñigo Errejón and Rita Maestre.

The Prosecutor's Office of the Court of Accounts opened the "pre-trial proceedings" of the case after the complaint of the wayward mayors of Más Madrid, as sources from the agency itself have also confirmed to this newspaper.

In it, as ABC advanced, they attached expert WhatsApp conversations, emails and even court rulings that prove that the formation ceased all those supporters who refused to pay the so-called "financial letter".

Those who lived from within the hasty electoral campaign in which Errejón launched his candidacy for the Congress of Deputies maintain that the leaders of the formation made two serious mistakes. Actions that have been brought to the attention of Justice so that it can determine whether or not they were illegal. On the one hand, they denounce that the leaders of Más Madrid held a "fictitious assembly" and notarized the minutes for the creation of the Más País brand. And on the other, that they forced supporters of Carmena's platform to pay through donations the expenses of the newly founded party of which the complainants did not want to be a part.

In this sense, article 4 of said law establishes that this irregularity submitted to the Court of Auditors "is a very serious offense that can be sanctioned with double or up to five times the amount illegally collected." According to their accounts and starting from December 2020 with a collected amount of 60,000 euros, Más Madrid could be sentenced to pay a fine of between 120,000 and 300,000 euros.

1 The Corpus also looks with the fingers 2 They condemn a false Belgian podiatrist for intrusion... 3 The farmer from Toledo in a wheelchair who will represent... 4 The polls in Italy reward consistency and punish the... 5 Patricia García Barros, new director of the unit... 6 Lorenzo Amor (ATA): "We are not going to betray... 7 Cryptocurrencies deepen their losses and bitcoin loses... 8 The Euribor suffers the largest monthly rise in history 9 Serena Williams, the infinite legend returns to Wimbledon 10 The collapse of Piqué: from success in everything... 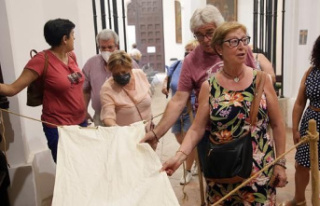 The Corpus also looks with the fingers