The Prosecutor's Office investigates whether the now senator of the PP Alicia Sánchez-Camacho commissioned the former commissioner José Manuel Villajero to spy on Jaume Giró in 2012, when the current Minister of Economy of the Generalitat was president of the La Caixa Foundation. 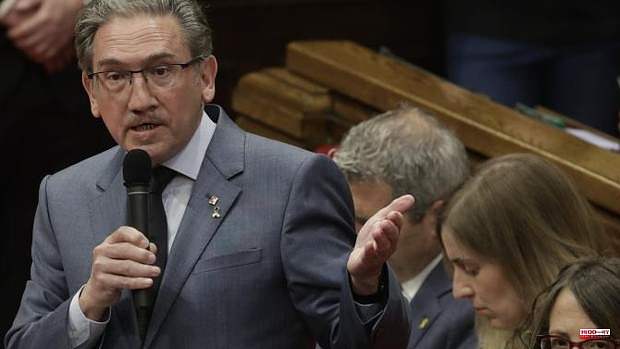 The Prosecutor's Office investigates whether the now senator of the PP Alicia Sánchez-Camacho commissioned the former commissioner José Manuel Villajero to spy on Jaume Giró in 2012, when the current Minister of Economy of the Generalitat was president of the La Caixa Foundation.

As reported by sources from the Public Ministry to ABC, this Tuesday investigation proceedings have been initiated after the complaint that Giró himself filed against both last week, for alleged crimes of revealing secrets, misappropriation of public funds and belonging to a criminal organization.

In his complaint, Giró refers to the audios of the so-called Catalonia operation, in which it is heard how Camacho, at that time president of the Catalan PP, provides his telephone number and personal data to Villarejo.

Regarding these conversations, which are attached to the complaint, Giró's lawyer points out that it transcends the intention of "opening prospective investigations regarding people on whom there is not even the suspicion that they had committed a crime, but for purely ideological reasons. and of thought.

In addition, the fact that Sánchez-Camacho had provided Giró's cell phone to Villarejo, the letter continues, "suggests that some type of police monitoring or control may have been initiated" of his communications. For this reason, among the proceedings to be carried out, the counselor's lawyer requests that a statement be taken from both the popular senator and the former commissioner.

After presenting the formal complaint last week, the 'minister' stressed that his inner circle of friends was aware of the "very obvious" monitoring to which he was subjected so that he had no doubt that "it was happening".

“In what Western democracy has it been seen that an active police command receives instructions from a political position, on which it does not depend, to investigate people?” he questioned.

1 Page announces a great hunting museum in Ciudad Real... 2 They annul the conviction of abuse of an employee... 3 A nurse from the Yuncos office suffers verbal aggression... 4 Traffic in the central almond of Madrid falls more... 5 Fifteen localities join the III edition of the Network... 6 Seventh wave of Covid: cases skyrocket in Castilla... 7 The residents of Río Yedra street ask the gates of... 8 Nicola Sturgeon outlines her plan to hold a second... 9 Joe Biden lands in Madrid to participate in the historic... 10 How can Russia's suspension of payments affect... 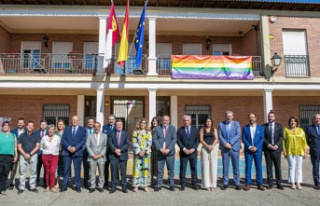