This Tuesday the acquittal of former ETA chief Juan Carlos Iglesias Chouzas, alias 'Gaddafi', for the 1991 assassination of former civil guard Francisco Díaz de Cerio in Bilbao will be firm and therefore definitive. 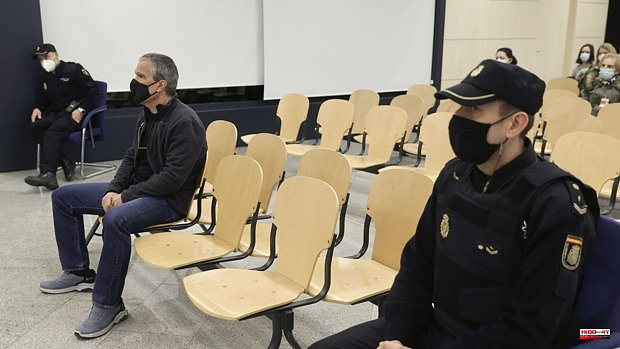 This Tuesday the acquittal of former ETA chief Juan Carlos Iglesias Chouzas, alias 'Gaddafi', for the 1991 assassination of former civil guard Francisco Díaz de Cerio in Bilbao will be firm and therefore definitive. And it will be because, as both parties have confirmed to ABC, neither the Prosecutor's Office nor the victim's widow are going to appeal to the Supreme Court the ruling of the National Court that filed this case against Gaddafi on the 11th applying the new European doctrine in favor of the also ETA member Xabier Atristain.

The acquittal of this former head of ETA, for which the magistrate José Ricardo de Prada has been a rapporteur, is based on the same criteria by which the European Court of Human Rights (ECHR) has just annulled the 17 years in prison that Justice The Spanish imposed Atristain in 2013, considering that his sentence was based on what he himself acknowledged to the Civil Guard when he was arrested.

And that the evidence against him that was found thanks to his own police statement is not valid to justify that subsequent conviction because, according to Atristain, he confessed under threats from the agents who interrogated him twice after assigning him a court-appointed lawyer.

It is the recurring strategy of the vast majority of ETA members for decades to deny before the judge and already with lawyers they trust – often members of ETA itself – what just a few hours before they had recognized the Security Forces with one ex officio . The ECHR confirmed on the 9th its initial January ruling in favor of Atristain and, just 48 hours later, the Second Section of the National High Court, of which Judge De Prada is a member, approved his sentencing paper to acquit Gaddafi for the crime of this former civil guard applying the Atristain doctrine.

Sources from the Prosecutor's Office explain to ABC that the main stumbling block to appeal to the Supreme Court against Gaddafi's acquittal is not so much the European ruling on which De Prada was inspired to acquit him, but rather two keys that his sentence affects. The first, that the statements of the four ETA members who linked him to this crime do not have enough weight for this hypothetical resource to prosper. And the second, that the incommunicado regime under which they confessed was not sufficiently motivated either.

Sources from the Prosecutor's Office explain to ABC that, given the difficulty for the Supreme Court to correct this assessment of the evidence by the trial court, the options of revoking Gaddafi's acquittal were very few. And all this despite the fact that several Ertzaintza agents who appeared at the trial insisted that the interrogations of these ETA members were carried out "completely normally" and with "exquisite treatment." In addition to agreeing with the Prosecutor's Office that Gaddafi was one of the two members of ETA who assassinated Francisco Díaz de Cerio in the company of Juan María Ormazabal, alias 'Turko', who died shortly after.

Paulina Cerezal, who exercised the private prosecution as the victim's widow, has also been forced to withdraw the appeal before the Supreme Court. Above all because, given the slim chances that she would prosper, as the Prosecutor's Office points out, she would have to pay more than 4,000 euros in court costs. An economic setback that this 70-year-old widow cannot afford, as her lawyer recalls, with whom she has been fighting for this legal case since 2003, more than two decades ago.

«I feel disappointed, I was hoping that the Prosecutor's Office would appeal. You cling to that, but you realize that the roadmap does not move, ”Paulina explains to ABC. She again praises the work of prosecutor Miguel Ángel Carballo during the trial. "She did it so well that my lawyer practically did not have to intervene." And she attacks the rapporteur De Prada: «We were going to Madrid for the trial and I could not forget that we had been assigned the only judge related to ETA, the one who agrees on the releases».

Paulina has been fighting for 31 years and now she has a recurring thought: «I feel that there is no justice. I have done everything in my power, what we have been allowed, file after file. My husband's case was not going to be reopened, but with the latest investigations by the Ertzaintza it was done. Or maybe someone said 'we're going to hold the trial and we'll shut them up', because of course I wasn't going to let it prescribe». That absence of justice is summed up by her daughter in a devastating phrase that resonates with her mother: «My father has been killed twice and both times on Thursday. One was murdered and we were notified of the acquittal of his murderer on another Thursday».

It is not the first acquittal for which De Prada is a rapporteur using the Atristain doctrine, even before the ECHR ratified it. He also did it last March to acquit another ETA member with the same criteria. This is Gorka Palacios, whom other members of ETA pointed out as being responsible for the attack against a bank branch on Calle Goya in Madrid in 2001, which caused around twenty injuries. In this case, the rapporteur De Prada did not even wait for the European doctrine on which he was based to become firm, since the Spanish Government still had a month to appeal it, as in fact it did, although without success.

Palacios' sentence has been final for two months, because neither the Prosecutor's Office nor the accusations appealed. This magistrate of the National High Court also based Palacios's acquittal on the fact that the statements made by the ETA member that he pointed out to the agents and the investigating court were not enough to convict him of this attack in the capital. And, again, with the argument that that ETA comrade had betrayed Palacios for threats and police torture.

Thus, this Tuesday at 3:00 p.m. the deadline expires and Gaddafi will be definitively acquitted of the murder of this former civil guard, who had hung up his uniform 11 years earlier and was working as an electric meter technician when ETA killed him with half a dozen shots. It is one of the 379 ETA crimes for which no one has been convicted. With one suspect dead and another acquitted, the Díaz de Cerio family will see today how the murder of their father and husband goes unpunished again.

1 Labor accuses low-paying companies of driving away... 2 First wounded of the Ukraine war in Madrid: "They... 3 Champions, Europeans, relegated: the verdict of the... 4 Energy: record number of disputes with the Mediator... 5 Visa pour l'image intends to show Ukraine but... 6 Literature in the spotlight at the festival “Oh... 7 Roland-Garros: fog horn, songs and football stadium... 8 The Cortes get 'muddy' in the first 'face... 9 Air France-KLM launches a new capital increase to... 10 NBA play-offs: Boston equalizes with 2 wins everywhere... 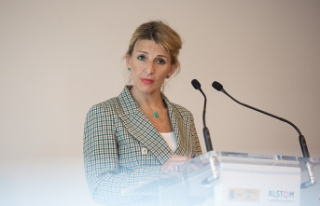