The Ceuta Prosecutor's Office denounced the Government delegate in the autonomous city, Salvadora Mateos, and the vice president and counselor for the Presidency and Institutional Relations of the local Executive, María Isabel Deu, for an alleged crime of continued prevarication in the return to Morocco of dozens of minors who arrived during the diplomatic crisis with the neighboring country in May of last year. 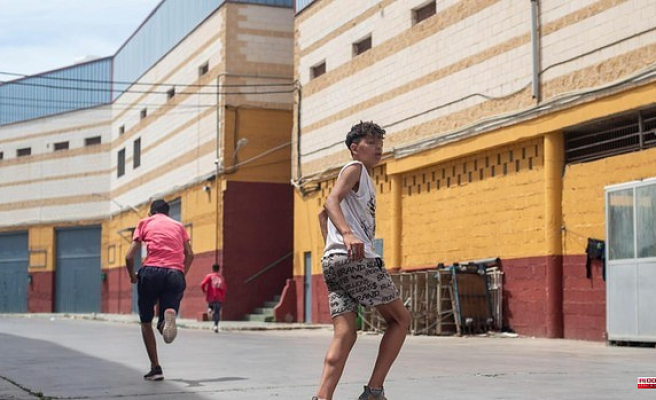 The Ceuta Prosecutor's Office denounced the Government delegate in the autonomous city, Salvadora Mateos, and the vice president and counselor for the Presidency and Institutional Relations of the local Executive, María Isabel Deu, for an alleged crime of continued prevarication in the return to Morocco of dozens of minors who arrived during the diplomatic crisis with the neighboring country in May of last year.

The proceedings began in October with a complaint from the Association for Integral Development (L'ESCOLAC) in relation to the delivery of a total of 34 children and adolescents to the Moroccan authorities. They were displaced in vans and in batches to the border and there, they were placed at the disposal of Morocco, which transferred them, as reported at the time, to a reception center from which an attempt was made to locate their families.

In the process, there was no file or administrative procedure, nor was there an appeal, nor were the circumstances of each minor heard. The measure was justified under a framework agreement with Morocco that expressly states that in any case Spain must comply with its legislation, the same that marks all those steps before proceeding with a repatriation.

The expulsions began on August 13 and were stopped on the 16th by order of the Contentious-Administrative Court number 1 of Ceuta at the request of two NGOs representing twenty of these boys. Finally, the Government Delegation was sentenced last February to "adopt the necessary measures" to undo what had already been done: return to Spain the 55 minors that it delivered to Morocco outside the law.

But L'Escola spoke of criminal responsibilities, not administrative, and the Ceuta Prosecutor's Office opened investigation proceedings. In December he took a statement from the Government delegate as well as listened to other positions and officials familiar with how that operation of massive return of minors was deployed. The plan was to return all the minors who a month after the migratory crisis -many others had already returned on their own and others their relatives came to look for them- were still in an autonomous city with overflowing reception services, in a situation of street or in sports halls.

After nearly eight months of investigations, the Prosecutor's Office has concluded that there are indications of crime both in the representative of the Central Executive in Ceuta and in the vice president of the Executive of Juan José Vivas, who was the administration that proposed the lists of minors to return.

“The legal provisions and the procedure established in the current legal system have been omitted voluntarily and consciously without verifying the concurrence of the legal budgets that would allow it in a Rule of Law,” says the complaint. His thesis is that it would have been done knowingly.

In the investigative proceedings, the Prosecutor's Office points out that not only have some of the mandatory procedures of the procedure been omitted, but "all" since there is no trace of the repatriation file required by that agreement between Morocco and Spain for the return of minors who are invoked as a legal framework.

In these cases, there is also no request for reports on the family situation of the minor, the allegations phase, the hearing process, the evidence phase, not even the resolution agreeing to the repatriation of the minors or the communication to the Public Ministry, which is the responsible for protecting their rights.

1 The Board will create the category of Technician Specialist... 2 The TS confirms a man's permanent reviewable... 3 More than 100 people fight against a fire in Agra,... 4 Two civil guards save the life of a three-year-old... 5 Zapatero and Moratinos meet with the Moroccan Foreign... 6 Calviño denies a gap in the Government for the Sahara... 7 AP PHOTOS - Life continues in Ukraine despite the... 8 A journalist goes to cover an accident and finds out... 9 The Ibex 35 suffers the biggest setback since the... 10 South Summit closes its tenth edition with 4,300 million... 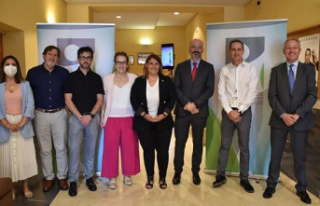 The Board will create the category of Technician Specialist...