The prolingualism entities ask the counselor for a fine of 1,500 euros per day as long as he does not comply with the 25%

Escuela de Todos, the entity created to force the application of the 25% sentence in the Catalan school, has resorted to the Administrative Litigation Chamber of the TSJC to achieve its effective compliance. 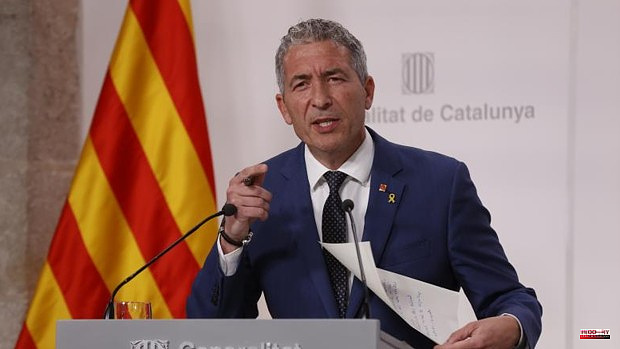 Escuela de Todos, the entity created to force the application of the 25% sentence in the Catalan school, has resorted to the Administrative Litigation Chamber of the TSJC to achieve its effective compliance. From the entity it is verified that both the decree law approved by independentists, PSC and common as well as the instructions given by the Ministry of Education to the directors of the centers "confirm the will to breach" of what is dictated by the TSJC.

Given this situation, the appeal proposes several specific measures. From the outset, request the counselor González-Cambray again to issue the instructions for compliance with 25%, as well as claim that the TSJC directly require the directors of the centers.

In addition, it requests that this request be made by email so that the High Educational Inspection can prove its receipt.

Another novelty of the appeal is the request to impose a fine of 1,500 euros per day on the Catalan counselor as long as it is not stated that he has complied with the ruling of the TSJC.

On the other hand, Escuela de Todos points to the possible criminal liability of the movements of the Generalitat. "We understand that the court, given the non-compliance of the Generalitat, may consider that criminal responsibilities are being incurred," added José Domingo.

«They are throwing squid ink on the Catalan school. But they will not be able to delay the application of the sentence.

The foreseeable thing is that now the TSJC will transfer this resource to the parties, "and there the position of the State Lawyer will be important," said Domingo, who, as Ana Losada, at the head of Escuela de Todos, has explained, has lamenting the role of the Government in inhibiting itself in the face of what they once again denounce as a flagrant breach of rights.

1 The Virgin of Light parades through the streets of... 2 Cardenete hosts this Sunday the IV Meeting against... 3 These are the novelties of the “Most Anticipated... 4 A court orders the CIAF to study the alternative investigation... 5 Follow the escalation of monkeypox in the Canary Islands,... 6 Sara Baras, Ara Malikian and Miguel Poveda will go... 7 The imposition of Valencian on a father and teacher:... 8 The Superior School of Dramatic Art of Cuenca takes... 9 Feijóo declares his assets in the Senate: two houses,... 10 They revoke a 10-year sentence for sexual assault... 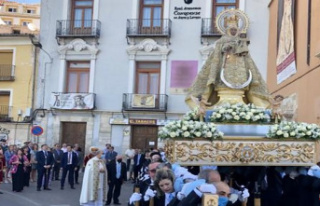 The Virgin of Light parades through the streets of...