The procession of the Cristo de la Columna and the raffle of offerings in Bolaños, of Regional Tourist Interest

The mayor of Bolaños, Miguel Ángel Valverde, together with other members of the Government team, and accompanied by the Councilor for Tourism, Felipe López, and the president of the Brotherhood of Halberdiers of the Holy Christ of the Column, Antonio González Arreaza, has announced the declaration of the procession of the patron saint of the town and raffle of offerings as a Festival of Regional Tourist Interest. 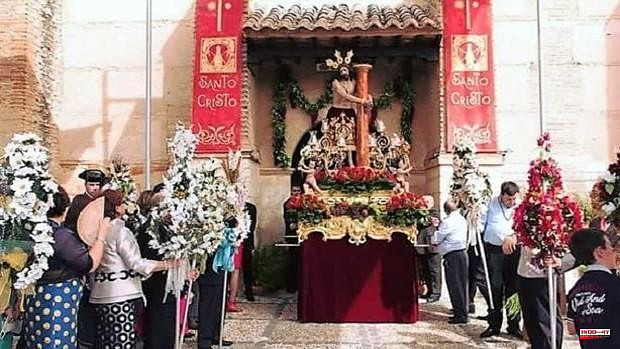 The mayor of Bolaños, Miguel Ángel Valverde, together with other members of the Government team, and accompanied by the Councilor for Tourism, Felipe López, and the president of the Brotherhood of Halberdiers of the Holy Christ of the Column, Antonio González Arreaza, has announced the declaration of the procession of the patron saint of the town and raffle of offerings as a Festival of Regional Tourist Interest.

To get to this point, we must go back to the year 2019 when the Brotherhood asked the City Council to assess the suitability of requesting its declaration as a Festival of Regional Tourist Interest from the Ministry of Tourism. From that moment, the Department of Tourism, then at the head of Rocío de Toro, began to work together with municipal technicians and the Employers' Brotherhood on a project that compiled all the information required for this purpose, such as the application itself and corresponding certificates, In addition to collecting aspects related to the age of the Festival and milestones that have finally led to its approval.

Within this framework of action, in June 2019 the project was presented to the Ministry of Tourism, not until March of this year when it was pronounced with a dismissal resolution in which "viewing the documentation and seeing the unfavorable report, mandatory and non-binding issued for this purpose by the Provincial Director of the Ministry of Economy, Business and Employment in Ciudad Real”, the ministry denied the statement.

Given the lack of motivation to justify the denial, the Bolaños City Council filed an appeal for reconsideration that was ratified in the plenary session last Thursday and had the unanimous consensus of the two political forces represented in the town, since "of Failure to do so and act formally could lead to any Administration revoking the resolution and depriving us of that right that we have today”, López pointed out.

Both the mayor and the mayor of Tourism have highlighted today the importance that said action had so that the declaration could finally be completed and have agreed that today is a day of celebration for the entire town of Bolaños, as reported by the City Council in a note of press.

The mayor stressed that the declaration of Festival of Regional Tourist Interest "is a commitment of responsibility for all, now we must maintain, consolidate, value even more and increase the recognition of these heritage festivals, so that many more people know what we do". A few words supported by the person in charge of the Tourism area, who has asserted that "it is not only a title, but a recognition and a reason to continue working for our festival, the maintenance, dissemination and conservation of our traditions, feelings and fervour».

These Patron Saint Festivities, which are celebrated from September 13 to 18 and whose procession of the Santísimo Cristo de la Columna and the raffle of offerings take place on the day of the patron, date back to the 17th century and gather a large number of people in its streets that contemplate the image of Christ escorted by halberds, the only ones that became an exaltation of life and instead of carrying signs of war, they are adorned with flowers and rosaries.

The beautification with basil is another of the main distinctive signs of this festival that serves as an offering to Christ and collects donations, as well as the traditional raffle of products and animals that takes place in the afternoon and whose proceeds go to the Patronal Brotherhood.

1 The independentists applaud Bolaños' citation:... 2 Agreement to open operating theaters in the afternoon... 3 Stable contracts of 3,000 euros are not enough to... 4 A patient attacks several nurses after breaking the... 5 Mónica Oltra formalizes her change of version before... 6 De Prada changes the step of the National Court: he... 7 Japan and NATO increase ties in the wake of Russia's... 8 US-backed Syrian Kurds will turn to Damascus in case... 9 To deepen relations, Australian leader visits Makassar... 10 Justice keeps the rapist of Igualada in provisional... 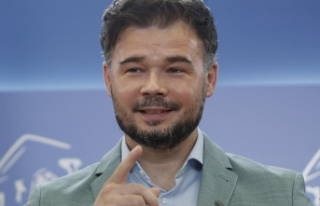