The president of the National Assembly (Parliament), Virgilio Saquicela, called this Saturday for a dialogue with the Government of Ecuador and the leaders of the Confederation of Indigenous Nationalities (Conaie), which leads the protests that began two weeks ago to complain about the difficult conditions of life. 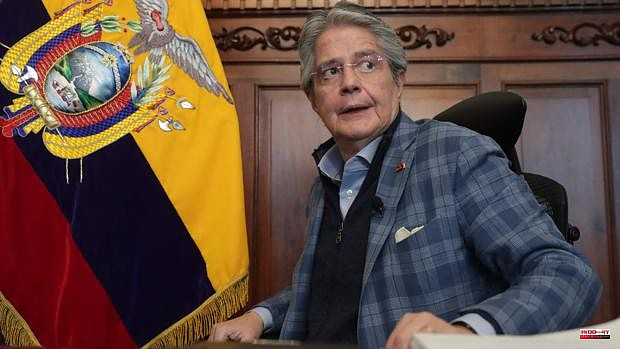 The president of the National Assembly (Parliament), Virgilio Saquicela, called this Saturday for a dialogue with the Government of Ecuador and the leaders of the Confederation of Indigenous Nationalities (Conaie), which leads the protests that began two weeks ago to complain about the difficult conditions of life.

"Ecuador demands an immediate dialogue to solve the crisis it is going through," said Saquicela, who pointed out that he had called "this dialogue today." The Archbishop of Quito, Alfredo José Espinoza, and the representatives of the different functions of the State, will also participate in this debate. "Today is the day to give Ecuador a solution," he said in a video posted on the Assembly's Twitter account, in which he did not offer details about the place, time of the meeting or if any of the parties has ruled on the summons.

The organic law of the Assembly requires that the session to debate the presidential removal be convened in less than 24 hours from the presentation of the request, and the president himself is also summoned to present his allegations.

After the debate takes place, Parliament has 72 hours to vote on the continuation of the president, for which it requires a two-thirds majority, equivalent to 92 of the 137 assembly members. If successful, the vice president would assume the Presidency and the National Electoral Council (CNE), within seven days after the resolution was published, would call early legislative and presidential elections for the same date.

In a message to the nation broadcast on television and social networks, Lasso denounced on Friday an attempted coup promoted by the leaders of the protests and called on the international community to warn of this attempt to destabilize democracy in Ecuador. ». The president accused the president of the Conaie, Leonidas Iza, the main promoter of the mobilizations, of seeking "the overthrow of the Government", an extreme denied by the indigenous leader.

1 Gunnar Biniasch one step away from being crowned champion... 2 The "Urbania" begins the long regatta with... 3 “Quantum” achieved his fourth Rolex TP52 World... 4 Irene de Tomás, European champion of ILCA 4 5 Bale finds a team in the United States 6 Sánchez blames "the mafias" for the assault... 7 An electric scooter causes a fire in the La Victoria... 8 These are the winners of the Royal Academy of Fine... 9 Some 90,000 people participate in the Pride Barcelona... 10 Mojados dedicates a cultural week to Carlos V 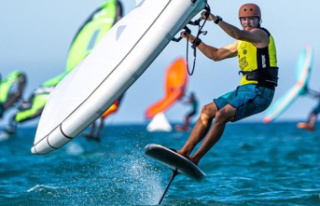 Gunnar Biniasch one step away from being crowned champion...