The president of Brave CF: «I can promise that in 2023 you will have one of our events in Spain»

Transforming the business of mixed martial arts (MMA) is the motto that has been established by Mohammed Shahid, president of Brave Combat Federation, one of the most prolific promoters in the world, founded in 2016 by the Prince of Bahrain Khalid Bin Hamad Al Khalifa. 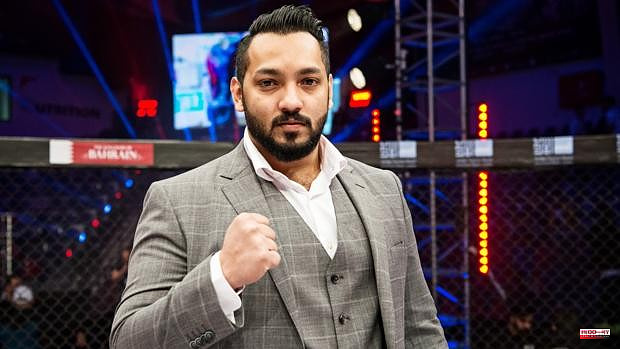 Transforming the business of mixed martial arts (MMA) is the motto that has been established by Mohammed Shahid, president of Brave Combat Federation, one of the most prolific promoters in the world, founded in 2016 by the Prince of Bahrain Khalid Bin Hamad Al Khalifa. Currently, the UFC, led by Dana White, is the company that directs the course of MMA worldwide, but a new competitor has emerged in terms of the way of understanding the business.

For those unfamiliar with Brave CF, suffice it to point out that rising stars like Khamzat Chimaev or even the Hispanic-Georgian Ilia Topuria have passed through their ranks. A company that has a powerful economic injection, institutionally backed by Bahrain and its authorities.

Undoubtedly, the exclusive news that the president of Brave conveys in conversation with ABC is an adrenaline rush to continue thinking about the exponential growth of this discipline in our borders: «Spain is our plan 100%. I can promise that in 2023 you will have a Brave event in Spain.

Mohammed Shahid chains words as he did with blows when he fought: without restraint but with precision. «Spain is one of the countries in which we have always been thinking. Since 2019 I have been thinking about you, but Covid arrived in 2020-2021. Now we keep looking at Spain, my head always thinks of Spain. We're making sure that we're going to get Brave CF there. Many have told me that it is a small market, but I always say that in the Middle East we don't have a market until someone brings something, until you make a plan and that changes. Brave CF is not an event, it is a national project, we will have the interest of the whole world because we will have investment opportunities, the market will grow immediately.

The president of Brave, who also directs the competition team promoted by the Prince of Bahrain, is looking for a way to incorporate new Spanish talent from now on. «We are working is to see how we can add value to Spanish-speaking fighters, it is one of the most important things for me because if you look at the history of Brave, you will see that we know the strategy to create superstars before any other promoter in the world. We have that plan, we want that when our scouting plan for Spain begins, its fighters receive the treatment they deserve, that we can promote them and take them to the highest level like Ilia Topuria. We will see Spanish fighters fighting in the Brave events that are to come, in fact in those that we do in Germany you will see them, "says Shahid.

If mixed martial arts lack something in our country, it is the support of the institutions, which still look at this discipline with suspicion despite being the fastest growing sport in the world. Mohammed Shahid had it clear. Bahrain had to change the game. «I have always done office work since I started, because when I had my gym, I was aware of the importance of having a good structure around sports. You are a fighter, but you have to think of yourself with a businessman. You are the product, you are the brand, that is the difference between Cristiano Ronaldo and other athletes. You can have the skills, but he was concerned with 18 years and his first salary in paying a public relations, a marketing manager, a physical therapist... A lot of times young guys don't think about those things, they don't see it as a business, they only think about enjoying the money. But I have always had an idea of ​​forming a structure and business around this. I had the idea to change MMA on a national level and when I got together with the Prince of Bahrain, we knew that we could do it on a global level, change the world of MMA completely, “says the leader.

The president of Brave is very grateful for the support of the Prince of Bahrain, betting from the beginning on some reviled disciplines in some social sectors. “I have been a fan of MMA since I was born and I have always said that I had to thank God that His Highness liked MMA more than other sports. Imagine if he liked tennis more, well we wouldn't have this, I will always be very happy that he likes MMA because he is going to try to develop it. In the Middle East there was no such figure of combat sports and His Highness put his face. It was risky for a Prince, you have other more elegant sports like horse riding, tennis, golf... Why did you choose a sport in which two athletes fight each other in a cage? He took that risk, he chose MMA and he wants to change it in the world », assures Shahid.

For Shahid, if today an MMA fighter does not know English, he cannot succeed at the world level. He says it as a critic and the UFC can feel alluded to it. But, in part, he is not wrong. «His Highness of him what he wants is to transform MMA in the world. Brave CF has been founded by the Prince for this change, that's why we have 26 countries from 56 continents and we want to bring a new concept and model of MMA, bring them to the same level as football and FIFA, that's our goal. Our business is when we can have a Leo Messi in mma, he doesn't have the marketing of Cristiano Ronaldo, he doesn't speak English, but that doesn't matter, your talent will push you up, because now if you don't speak English it seems you can't be a fighter of MMA you can't even be famous, this is our challenge, to change the system, "he concludes.

1 Russia ready to help solve food crisis if West lifts... 2 The impact of the Atristain doctrine, pending on a... 3 The mother of the young women murdered in Pakistan... 4 Vox distributes the functions of Macarena Olona and... 5 First step for the construction of new university... 6 20 rogue shots: Lobos Negros and their disco book... 7 The husband of one of the teachers murdered in the... 8 The CES recommends strengthening tax incentives to... 9 CC on the visit of Albares: "for what he said... 10 The imagined word (5): With the birds 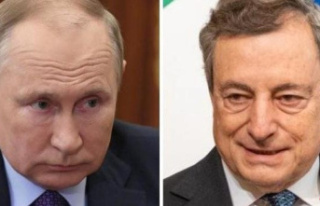