The popular believe that Spanish foreign policy is at its moment of greatest weakness since the beginning of democracy due to disorientation and diplomatic errors made by the Government of Pedro Sánchez. 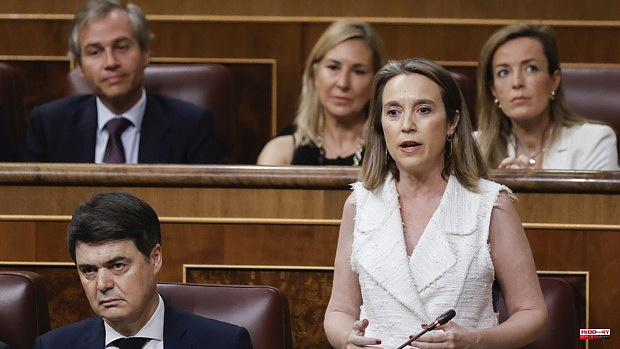 The popular believe that Spanish foreign policy is at its moment of greatest weakness since the beginning of democracy due to disorientation and diplomatic errors made by the Government of Pedro Sánchez. And they consider that one of the causes of this is the existing division within the Government, and seen in the main international problems: the Russian invasion of Ukraine, the turn of the Sahara or the situation of NATO.

Along these lines, Alberto Núñez Feijóo's party is convinced that the course of Spanish diplomacy cannot be corrected as long as the coalition of PSOE and United We Can persist, and has decided to cause a new split between the two partners while the next Summit is held of NATO. For this, the number two of the popular, Cuca Gamarra, will force the debate of a motion on foreign policy with several points on the Alliance next Tuesday in Congress.

That day the meeting of the Atlantic Organization will start and there will be strong international attention focused on our country. The text will be voted on Thursday, probably before the appointment closes.

The motion of the popular touches many of the issues that have been dividing the two coalition parties in foreign matters. In total it is made up of 15 points that will be voted on separately. Almost half of them, seven, refer to NATO and although both United We Can and the PSOE assure that they will not establish their position until Tuesday, it is easy to anticipate their rupture. In this way, the situation may arise in which Sánchez is defending the conclusions of the meeting and his coalition partner voting against them. Not surprisingly, the motion includes a declaration of support for the results of the Summit, which United We Can has openly opposed.

The motion of the popular also asks for the support of Congress for the entry of Sweden and Finland into the Atlantic Alliance, but also for the Alliance missions in which the Spanish troops participate and for the reinforcement of the national presence in all security schemes as well as a request to promote the development of common defense within the framework of the European Union in complementarity with NATO. Three issues that also threaten to divide PSOE and United We Can the same day the summit will close.

Another point that will put the socialists in trouble is the role of the United States in defending security and freedom in Europe, especially within the framework of NATO. The popular ones propose to recognize it positively and thus they will put it to a vote. If the socialists support this point, they would be sending a sign of confidence to the government of Joe Biden at a time when Sánchez wants to strengthen the weak relationship, but if he does so he will further distance himself from United We Can and his investiture partners, clearly anti-American. In addition, the popular propose to promote that the new strategic concept of the Alliance contemplates the guarantee of protection of the entire national territory, including the non-peninsular territories, and to promote that Russia also introduce the challenge to security in Europe and the new threats such as jihadism that is destabilizing the Sahel.

Apart from NATO, the motion advocates several issues related to defense that have also been destabilizing the government coalition. Thus, it proposes to accelerate the modernization of the capabilities of the Armed Forces and guarantee that the budget dedicated to Defense reaches 2 percent of GDP before 2030.

The Russian invasion of Ukraine will also have space. The PP asks that Congress support the increase in military support for kyiv so that it can repel Moscow's aggression, and also the decision of the European Commission to consider Ukraine as a candidate country to join the EU. It is also committed to recognizing the role of President Volodímir Zelenski in defending the independence and territorial integrity of his country.

Lastly, the partners will have to portray their position in the face of popular demands that the Government recompose the political, economic and commercial relationship with Algeria; promote democracy in Latin America and improve the conditions of labor personnel abroad.

1 This is the plane that transports 'The Beast'... 2 Biden's 'Air Force One', the most recognizable... 3 Innovative entrepreneurship shakes off the fear of... 4 Textile sales, in tension due to inflation and the... 5 A huge security and logistics device travels with... 6 'The Beast', Biden's armored limousine... 7 The Mobile World Congress will continue in Barcelona... 8 Engineers advocate reopening rail tracks for freight 9 Castilla y León remains in the national political... 10 Jill Biden arrives in Madrid, where she will have... 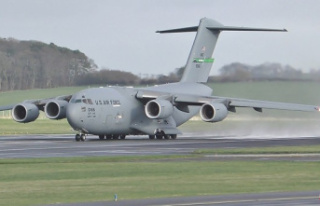 This is the plane that transports 'The Beast'...