The PP visits the municipalities affected by the corruption of the PSOE: "It is the beginning of the plot"

The general secretary of the Popular Party of Madrid, Alfonso Serrano, has assured that "we are only at the beginning of what could be the biggest plot of corruption of the PSOE in Madrid", after visiting the municipalities of Ceniientos, San Martín de Valdeiglesias and Arganda del Rey, after ABC reveals the alleged cases of corruption that affect him. 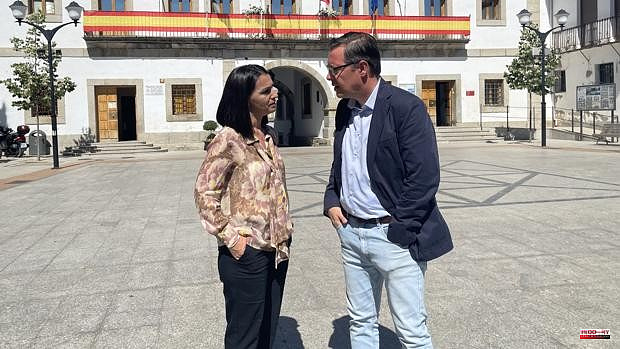 The general secretary of the Popular Party of Madrid, Alfonso Serrano, has assured that "we are only at the beginning of what could be the biggest plot of corruption of the PSOE in Madrid", after visiting the municipalities of Ceniientos, San Martín de Valdeiglesias and Arganda del Rey, after ABC reveals the alleged cases of corruption that affect him. Serrano explained that these municipalities are part of "the plot that has bogged down the PSOE in Madrid." In this sense, he has recalled some of the cases of alleged corruption that have been known in recent weeks, such as that of Cenihundos, "cases that have to do with corruption and embezzlement of public funds, but it all started in San Martín de Valdeiglesias »

. Until the arrival of the Popular Party at the town hall, «San Martín de Valdeiglesias was a PSOE farmhouse: if you were from the PSOE you had a job and who knows if you also had a small plot on the Madrid Coast», he pointed out.

After the meeting he has had with the current mayor of the municipality, Mercedes Zarzalejo, Serrano has criticized, among other examples, that in the stage of the socialist government "there was an engineer who was dedicated to granting licenses while the projects were carried out with his own company and all with the knowledge of the then socialist government».

The general secretary has lamented that this alleged corruption plot "is spreading to new municipalities every day, even to Arganda." In this sense, he has explained the reason why this case reached that municipality, because the Mayor of Arganda gave refuge to the former mayor of San Martin de Valdeiglesias "when he ceased to be mayor and deputy." «The Popular Party of Madrid is not going to stop denouncing and supporting our colleagues, like the mayors who arrived and found a city council practically bankrupt, with a million euros in bills in the drawers and with almost 2 million euros of unjustified training courses, an issue that is in the hands of the police”, he stated.

To conclude, Serrano wondered what the current general secretary of the PSOE in Madrid would do because "we see that due to a case that affected the daughter of a colleague of his, he struck down that deputy, therefore, what will Mr. Lobato do with this a case that smells worse every day and that could affect Members of your Group

The general secretary of the PSOE and spokesman in the Madrid Assembly, Juan Lobato, has recommended to the general secretary of the popular Madrid, Alfonso Serrano, that "it is not necessary to give more publicity to this matter", in relation to the cases of alleged corruption in the municipalities of Ceniientos and San Martín de Valdeiglesias, since the popular leader is carrying out this morning the so-called "corruption route" visiting these municipalities and that of Arganda.

Lobato has stated that perhaps Serrano will greet the last mayor of the Popular Party of Cinderellas "who was in jail or perhaps Arganda to greet the penultimate manager of the PP who ended up in jail", also alluding to the mayor of Arroyomolinos. In this sense, she asked for coherence from the popular ones and "that they be respectful with leaders on whom the judge has not opened an oral trial and do not go for walks because gasoline is very expensive"

1 Air Nostrum reduces its losses by 95% in 2021 and... 2 Vox distances itself from the election of the Ecyl... 3 Expansion works underway in Segurilla of the CRA 'Ribera... 4 A red kite chick is rescued and returned to its nest... 5 The procession of the Cristo de la Columna and the... 6 The independentists applaud Bolaños' citation:... 7 Agreement to open operating theaters in the afternoon... 8 Stable contracts of 3,000 euros are not enough to... 9 A patient attacks several nurses after breaking the... 10 Mónica Oltra formalizes her change of version before... 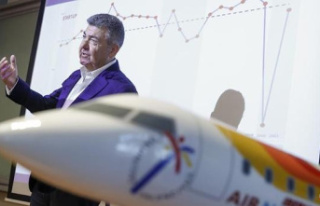