The PP rules out selling the Genoa headquarters: "The intention is to continue here"

The new leadership of the Popular Party (PP) breaks with its predecessors and announces that it will not sell Genoa 13. 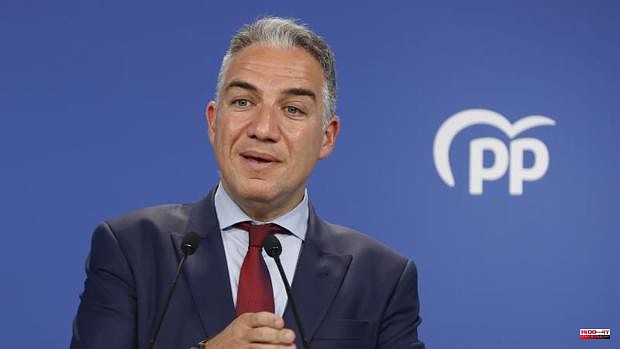 The new leadership of the Popular Party (PP) breaks with its predecessors and announces that it will not sell Genoa 13. The former president of the PP, Pablo Casado, promised that his formation would change its headquarters and began preparations to sell the current one and find a new one, but with the outbreak of the internal crisis due to the alleged espionage of Isabel Díaz Ayuso, this project was stopped. This Monday the general coordinator of the PP, Elías Bendodo, has confirmed that his formation will remain in the Genoa building: "The intention is to continue here." An idea that had already been transmitted by the new president, Alberto Núñez Feijóo.

Elías Bendodo has criticized the absence of the Podemos ministers at the event held today for the forty years of Spain's accession to NATO.

The differences between the PSOE and its partners over the North Atlantic Organization, said the Malaga native, "erode the image of our country." He has also praised the importance of the treaty for the stability of Spain.

Bendodo has continued to criticize the PSOE, this time for the economic data, and has placed special emphasis on the well-known this Monday, the CPI data, which has risen four tenths to stand at 8.7 percent. "The government's measures have been shown to be ineffective, and this bleeding must be stopped, families are having a hard time," said the PP coordinator. "Sánchez's government is with ideas that do not concern the Spanish, it does business with people's desperation", he has criticized in reference to this generalized increase in prices.

In this line, he has continued to defend the economic plan of the popular, the tax reduction, since according to Bendodo, the Government cannot "continue collecting at the expense of the Spanish."

“Our outstretched hand is still standing”, the Malaga native has reiterated. And it is that the PP once again offers its support to the PSOE in matters such as the economy, aid to families or greater independence from the CNI.

"Spain needs a left-wing party at the same level as in other European countries," said Elías Bendodo. The PP coordinator has asked the PSOE to stop "eroding public institutions: the CNI, the Monarchy or the Prosecutor's Office." He has also made this request one of his two conditions to lend his votes in the face of a possible negotiation between the two formations, the second is that "he does not kick the formation with which he wants to negotiate and stop insulting", in reference to the occasions in which the Prime Minister, Pedro Sánchez, has said he wants to negotiate with the popular.

“It is time to think about the country as a whole and what worries Spaniards,” defended Bendodo, who has asked the Executive for a reduction in tax pressure and the redesign of European NextGen funds. "The PP reaches out to find the social majority that in Spain wants solutions and that we understand each other," defended the popular coordinator.

Regarding the new information known by the Azud Case in Valencia that incriminates the Socialist Party of the region, Bendodo has asked that the socialists "be as quick in giving explanations as they are in asking for them", to know how deep this case is. Speaking of corruption, he mentioned the Andalusian campaign "you have to have the courage for a socialist from outside Andalusia to talk about corruption in Andalusia."

In his speech, the general coordinator explained that the president of the popular party and his candidate will maintain separate campaigns, but that, for the time being, the first and second days will coincide. He also wanted to thank the regional presidents who will travel through the Andalusian region offering their support to Juanma Moreno.

Bendodo has indicated that his priority partner is Ciudadanos and has praised that it has lasted the entire legislature even after having dissolved Parliament. In case of needing partners for the next four years, he has assured that they would like to reissue this last Government or govern alone. When asked about a possible pact with Vox, he replied: "We want a strong and stable government."

1 DreamHack expects to generate an impact of ten million... 2 Alpes-de-Hautes-Provence. More than 200 varieties... 3 Orca in the Seine: Monday's animal death 4 Charente-Maritime: Start of Fire at Simafex Factory... 5 Legislative: A Reconquest candidate Sentenced for... 6 Savoy: Exit. Chambery: Vitaa, Slimane and the Lighthouse... 7 The mother of the young women murdered in Pakistan... 8 Eurocaja Rural opens an office in Medina de Rioseco 9 Acierta Asistencia de Talavera grows in a few months... 10 Messi: "Real Madrid was not the best team in... 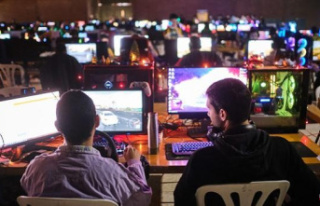 DreamHack expects to generate an impact of ten million...