The PP of Madrid is going to submit to the European Public Prosecutor the contracts of the former Minister of Transport José Luis Ábalos and the husband of the Minister of Economic Affairs, Nadia Calviño. 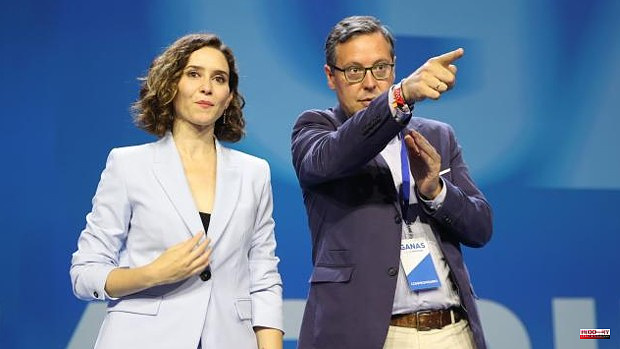 The PP of Madrid is going to submit to the European Public Prosecutor the contracts of the former Minister of Transport José Luis Ábalos and the husband of the Minister of Economic Affairs, Nadia Calviño. This has been assured by its general secretary, Alfonso Serrano, in an appearance before the media. From the party they point out that the PP already took Covid contracts from the Government of Pedro Sánchez to the Anti-Corruption Prosecutor's Office last March with at least seven companies for a total of 326 million euros.

Serrano has criticized that this initiative responds to the following: «We are seeing that the European Public Prosecutor's Office is interested in some contracts, always in a very selective manner, which coincidentally always affect the Community of Madrid, we do not know if the European Public Prosecutor's Office is a public prosecutor's office for the Community of Madrid, because there have been multiple contracts throughout the country and we only have news of those that affect our region.

The popular leader has recalled some of the contracts that the PP has already taken to the Anti-Corruption Prosecutor's Office, such as the company that manufactured plaster and "to which the Government of Sánchez advanced three million euros to buy respirators and that, a few days , renounced the contract, but he kept the money that the Government had advanced him ».

Likewise, they are going to transfer to the European Public Prosecutor's Office the contracts that affect the company of Minister Calviño's husband, as well as the contracts that were made from the department of Ábalos, "with a premium and that were dedicated to other issues."

Comparing the management of both administrations, "there is a fundamental difference, when we talk about the cases that affect the Government of Spain, we talk about opacity and obscurantism, if you go into any of those files you will see that there is hardly any information."

In this sense, the secretary general recalled how in the most difficult moments of the pandemic the Sánchez government did not bring material, «the Community of Madrid bought material at a price and that material reached homes and our health professionals».

1 Tanxugueiras, Xabi Aburruzaga and Septeto Santiaguero... 2 They capture a driver who was traveling at 169 kilometers... 3 Two children intoxicated after the fire in an abandoned... 4 Salvini fiasco in the referendum on justice in Italy:... 5 The second strike of the 'contact center'... 6 The birth rate registers historical lows in the Basque... 7 Families who will have free textbooks next year go... 8 María Raboso, Alba Espejo and Rocío Vaquero, Queens... 9 The “tsunami” of the coronavirus caused the number... 10 Caritas warns that the "new poor is a middle... 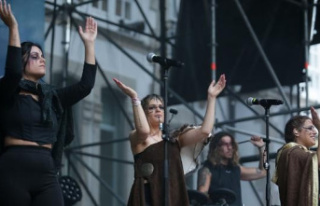