The president of the Popular Group in the Valencian Courts, Eva Ortiz, has accused the Generalitat "of being at the service of the business of President Ximo Puig's brother", after acknowledging the Minister of Finance, Arcadi Spain, that "it has not started no file for the reimbursement of the subsidies defrauded by the companies of Francís Puig». 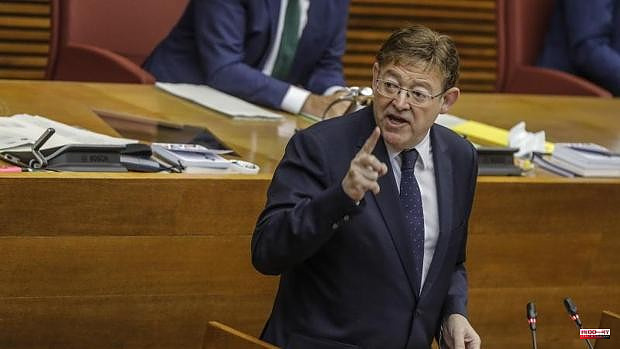 The president of the Popular Group in the Valencian Courts, Eva Ortiz, has accused the Generalitat "of being at the service of the business of President Ximo Puig's brother", after acknowledging the Minister of Finance, Arcadi Spain, that "it has not started no file for the reimbursement of the subsidies defrauded by the companies of Francís Puig».

Eva Ortiz, in an interpellation to the regional Executive, recalled that "Mr. Puig's brothers repeatedly lied in the applications they submitted to receive subsidies because they claimed not to receive them from other administrations for the same purpose, when in fact they did so from the Government of Puigdemont and from Aragon.

In this sense, the popular deputy has assured that "this has never been verified by the Consell when it would have been very easy to see that they were lying because in the three applications they were signed by Francis Puig."

Eva Ortiz has stated that "the Consell recognizes that it has not looked at or investigated that a plot had been created between the companies of the president's brother and his partners to collect subsidies with false, crossed, duplicate invoices and false hearings."

In this sense, the popular deputy has assured that "the main determining requirement of the amount of the subsidy is falsified, which are the hearings to collect more public money, without the Generalitat lifting a finger to avoid it."

"But this is a story of greed because the invoices that were presented to justify subsidies in the Community were also 100% imputed in the Generalitat of Catalonia with the signature of Puig's brother, thus breaching the General Subsidies Law."

The president of the Popular Group has warned that "the methods have always been the same from which it is derived that the subsidies were justified with programs that never existed, workers forced to sign jobs that they never did, personnel used to swell the justifications of companies for those who never worked.

Eva Ortiz recalled that "on all these issues, the Anti-Corruption Prosecutor's Office, the Civil Guard, the Tax Agency and the Anti-Fraud Agency and the Lawyers of the Generalitat have already expressed themselves."

The popular deputy has lamented that the Consell de Puig "is the only one that has not verified any of this or has asked Francis Puig for the reimbursement of the subsidies, while he has done so with the partner."

Eva Ortiz has reflected on "what else does the Generalitat need to know to act in this case after learning that Francís Puig has acknowledged in court that he knew that some justifications were illegal and accused the regional government of not warning him and notifying him that the justification was wrong ».

Finally, he assured that "six ministries and four agencies dependent on the Generalitat dedicated to the cause of the brothers of the president and his partner and the lack of political will to recover the money, sadly confirm a very graphic phrase used by the plot, to brag: that when Ximo arrived at the Consell they were going to make a fortune».

The Minister of Finance, Arcadi Spain, has responded to the popular deputy that the Generalitat applies "the same yardstick" with all companies that have received a subsidy from the Public Administration, such as those linked to Puig's brother, "whoever its owner, holder, shareholder or whoever it is: Absolute, judicial and administrative normality».

This interpellation in the plenary session of the Valencian Courts has occurred weeks after Francis Puig, administrator of Comunicacions dels Ports and Mas Mut Producciones declared as investigated in the case in which alleged irregularities in aid granted to their companies are instructed.

Spain, which has begun its response by recalling the recent prosecution of former President Eduardo Zaplana for the 'Erial case', has underlined the "rigorous compliance with the law" in all calls by the Generalitat and respect for judicial independence, along with a greater control of subsidies that "wasn't there before".

1 The 'first' Ronaldo completes the Camino... 2 Mónica Oltra and her ex-husband were registered in... 3 Algeria suspends the friendship and cooperation treaty... 4 An "undetected movement on the ground",... 5 Carlos Mazón welcomes the mountaineers from Alicante... 6 Agbar consolidates the General Meeting of Stakeholders... 7 Cope Valencia celebrates the conference 'New... 8 The plenary session of the Diputación de Alicante... 9 A 31-year-old man, the first case of monkeypox in... 10 South Summit: Spain is emerging as the vanguard of... 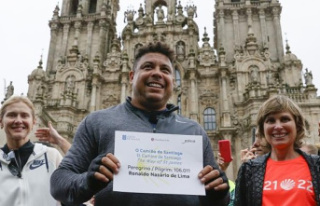 The 'first' Ronaldo completes the Camino...