Javier Muñoz-Gallego, councilor of the Popular Municipal Group, has criticized that the government team of Agustina García does not regulate "urban micromobility", and with it the use of electric scooters, as the PP raised in the municipal plenary session in December 2020. 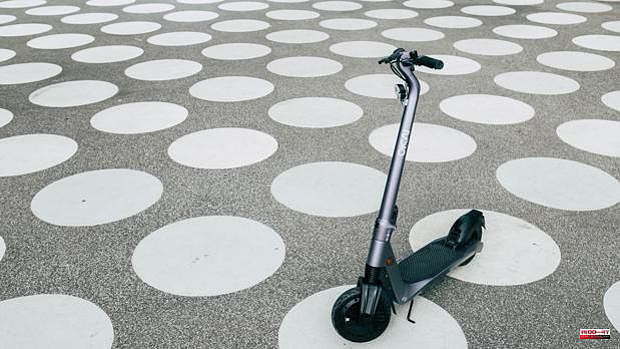 Javier Muñoz-Gallego, councilor of the Popular Municipal Group, has criticized that the government team of Agustina García does not regulate "urban micromobility", and with it the use of electric scooters, as the PP raised in the municipal plenary session in December 2020.

In a press conference, he recalled that the Popular Party presented a proposal two years ago to regulate the use of electric scooters, in order to address issues such as the obligation to wear a helmet and some reflective element as an addition, "something that rejected the PSOE”.

The reality, Muñoz-Gallego said, is that in two years "the socialists have done nothing", while the use of this type of vehicle is becoming more frequent, "and no campaign has been carried out to promote the use of the service and we don't have a municipal ordinance either".

The result, explained the mayor, is that the scooters are parked on the sidewalks or on the same road, and there are users who do not wear a helmet. "As we already warned in 2020, we must prevent any accident involving users, pedestrians or city vehicles," he insisted. However, the PSOE "has done nothing, despite the fact that the Socialists say they are already working on it."

Muñoz-Gallego explained that when citizens "see the improper use of this type of micromobility, it gives them a feeling of insecurity." And, despite the notices of the PP for measures to be taken by the City Council, "what has been is an absolute passivity."

In this sense, he pointed out that an electric scooter rental company has recently been installed, and from the PP "we welcome a new business", but "unfortunately Agustina García has not promoted the use of electric mobility".

Muñoz-Gallego recalled that the PP requested that more public or private charging points be installed for skates and vehicles, "and today the absence is more than visible." For this reason, he has once again reiterated the need for Talavera to adapt to this type of electric vehicle, "even more so when they have announced the end of the commercialization of combustion vehicles in 2035, five years earlier than expected."

In addition, he pointed out, the PP also requested exemption from the parking fee for zero-emission vehicles "and to this day we still do not encourage their use."

The councilor has asked the government team to start a local road safety campaign to regulate the use of electric scooters, parallel to that of the DGT, "influencing potential users with talks in the city's educational centers to report the use of the hull”. In addition, "it is necessary" that dissuasive controls be carried out in pedestrian areas to raise awareness of the responsible use of this type of vehicle.

1 Luis López, 'predictable' relief at the... 2 The University of Valencia dismisses the director... 3 Carriedo assures that the daughter of the murdered... 4 The Valencia City Council renews the subsidy of 25,000... 5 The regional government finalizes a Dual Sectoral... 6 Talavera and the Provincial Firefighters Consortium... 7 Anti-corruption requires Calviño the aid received... 8 Escrivá saves the public pension fund with almost... 9 The Rolex Giraglia begins in Saint-Tropez 10 Historical lesson of the Belgrade Partizan to its... 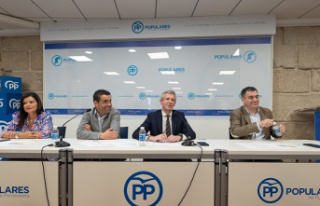 Luis López, 'predictable' relief at the...