The PP blames Sánchez for Algeria's decision: "It is the result of his individualistic, tricky and erratic policy"

The Popular Party has directly blamed Pedro Sánchez for Algeria's decision to suspend the friendship and cooperation treaty with Spain for its "unjustifiable turn" on the Sahara. 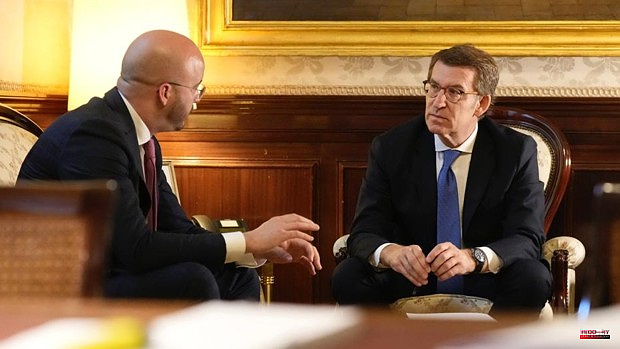 The Popular Party has directly blamed Pedro Sánchez for Algeria's decision to suspend the friendship and cooperation treaty with Spain for its "unjustifiable turn" on the Sahara. The Deputy Secretary for Institutional Policy, Esteban González Pons, has assured that this decision is due to Sánchez's "individualistic, tricky and erratic policy with the Maghreb". The Popular Group has already registered the request for the appearance of the Foreign Minister, José Manuel Albares, to give explanations in parliament.

«The suspension of friendship between Algeria and Spain is very bad news, the result of Sánchez's individualistic, tricky and erratic policy with the Maghreb. Cynicism doesn't work internationally either. If he paid out of his pocket for the cost of his mistakes… »This is the comment that González Pons posted on Twitter as soon as the news broke.

Meanwhile, the Popular Parliamentary Group has today requested the appearance in the Congress of Deputies of the Minister of Foreign Affairs, European Union and Cooperation, José Manuel Albares, so that he can give explanations in parliamentary headquarters about the suspension by Algeria of the friendship treaty with Spain.

Popular sources have pointed out that this suspension, "which is very bad news for our country, is due to the absence of a true foreign policy with a sense of State, as well as to the unilateral turns and lurches of the President of the Government, because where there is a problem, instead of solving it, it generates three”.

The spokesperson for the Popular Group in Congress and general secretary of the PP, Cuca Gamarra, has stressed that Algeria's breach of the treaty is a consequence of the lack of State policy in the Sánchez government: "Pedro Sánchez has to do. Algeria breaks the good neighborly treaty with Spain. Another consequence of the lack of State policy. We request the urgent appearance of Minister Albares. The Spaniards deserve explanations".

In Congress, the first to appear was Edmundo Bal, spokesman for Ciudadanos, who announced two requests for the appearance of ministers José Manuel Albares and Teresa Ribera in the Foreign Affairs and Ecological Transition Commissions of the Lower House. Bal has branded the Executive as "negligent" for the shift in the Sahara and has criticized the fact that the "good neighborliness" with Morocco is changed for, now, a bad relationship with Algeria.

In addition, the president of Vox, Santiago Abascal, has also spoken about it via Twitter, in a very similar vein to his speech this morning. «The whims of a leader can never mark the foreign policy of a country. I warned the autocrat this morning and a few hours later the omen is confirmed », Abascal lamented on this social network, where he has insisted on the urgency of « kicking Sánchez out » to, among other things, « regain international prestige ».

1 The Zamora Provincial Council participates in 'Honeymoon',... 2 The Pontevedra PP will elect a new provincial leader... 3 Confirmed cases of monkeypox in the Canary Islands... 4 Sentenced to compensate 272,000 euros to a neighbor... 5 Antxón Sarasqueta and Diego Closet, candidates of... 6 2022 work calendar in Alicante: what days are holidays... 7 Electricity rates will drop from the 15th when the... 8 Lagos ex-governor wins Nigerian ruling party's... 9 María Berasarte digs her roots in 'La Tierra... 10 Administrations and workers force a meeting this Thursday... 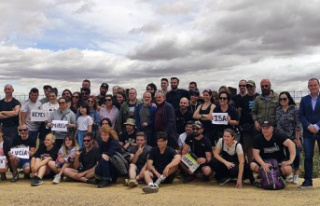