Gamarra invites the Government to sit down to negotiate a new regional financing, which he sees as a matter of State. 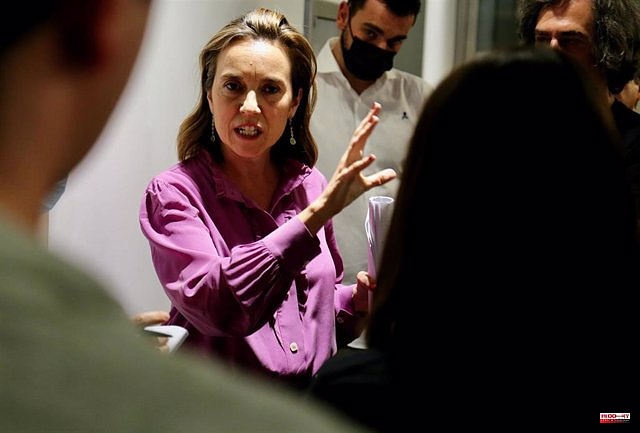 Gamarra invites the Government to sit down to negotiate a new regional financing, which he sees as a matter of State

The general secretary of the PP, Cuca Gamarra, has assured this Thursday that the economic policy of the Government of Pedro Sánchez "is leaking" and is widening the gap between rich and poor. That said, she has once again offered him the economic plan that Alberto Núñez Feijóo sent her, which includes measures such as deflating the personal income tax rate to help medium and low incomes cope with inflation.

After the Bank of Spain has anticipated a new cut in GDP growth, which will place it below 4.5% in 2022, Gamarra has highlighted that with the "jug of cold water" that organizations such as the The IMF, the Bank of Spain, the Airef or Funcas "it is not necessary for the PP to oppose" the Government. According to him, he added, these organizations "put the government in the mirror of reality."

In addition, and as Feijóo stressed this Wednesday before Andalusian businessmen in Seville, the 'number two' of the PP has denounced that the Executive with its economic policy "indebts the Spanish every day by 200 million euros, something that they cannot afford" .

Gamarra has indicated that the consequences of this government policy are being paid by all Spaniards, especially "those who have the least." What's more, he has said that Sánchez is "generating more inequality" and "sharpening the gap between the rich and the poor."

For all these reasons, the general secretary of the PP has again offered Sánchez Feijóo's economic plan to get out of an "erroneous" policy that "is leaking". "That plan is fully in force," she stressed.

When asked how she values ​​the statements of Vice President Nadia Calviño opening the door to adjust the 20-cent help for gasoline with prices at record highs, without ruling out taking it away from the highest incomes, she indicated that what is clear is that "The measures of the Government of Sánchez have no credibility".

"If the 20-cent subsidy is failing, what it does is rectify itself with measures that don't work," he said, asking the PSOE and United We Can Government to make "a little more serious approaches."

One day after Feijóo claimed to sit down to talk about a new financing system thinking of people and not territories, Gamarra has emphasized the PP's availability to sit down to negotiate a new regional financing, which is a matter of State that would deserve the Government to accept.

"It is a fundamental debate to guarantee the provision of public services that the Government shuns", highlighted the 'number two' of the 'popular'. In 'Genoa' they hope that the Government will call them to sit down to talk about this matter, which does not have to be conditioned by electoral appointments, according to training sources.

1 CF Montreal: number 12 given back to supporters 2 Biden supports accession of Sweden and Finland to... 3 Racing and San Sebastián de los Reyes do not play... 4 Iraola renews until 2023 with Rayo 5 Vocento incorporates the Rentingcoches.com platform... 6 Here it all starts from May 20: The culprits of the... 7 The Pyrenees is dying: more than half of its glaciers... 8 A therapy designed in the Basque Country, the new... 9 Greenalia will supply 45% of the energy to Alcoa with... 10 The Bizkaia tournament will open the summer of baseball 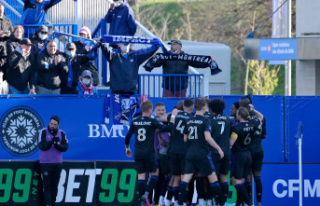 CF Montreal: number 12 given back to supporters