The port of Barcelona has increased its general traffic by nine percent in the first four months of the year compared to the fall of 3. 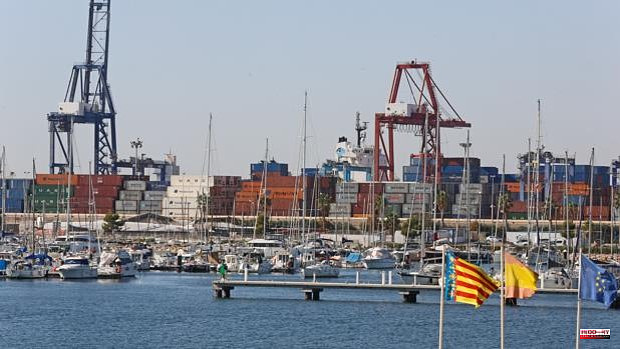 The port of Barcelona has increased its general traffic by nine percent in the first four months of the year compared to the fall of 3.7 registered by that of Valencia in the same period. The venue of the city of Barcelona manages to reduce the distance with respect to its main historical competitor for the Spanish maritime trade in full boycott of independent formations such as ERC or the CUP to the expansion of the port of Valencia.

This week, in fact, the separatist parties allied themselves with Compromís to demand in Congress the demolition of the works carried out by the port of Valencia and thus stop its expansion. The initiative was frustrated thanks to the votes of the PSOE, PP, Vox and Ciudadanos.

Faced with the belligerence of Compromís, ERC and the CUP regarding the growth plans for the port of Valencia, the port of Barcelona has been executing its expansion in recent years without any opposition from political groups.

In this scenario, the State Ports statistics at the end of April show that Barcelona's traffic grew to 23.9 million tons. The one from Valencia falls, but is still ahead with just over twenty-seven million.

The same data released this Wednesday, the day after the vote in Congress, reveals that container traffic in the port of Valencia also fell by nearly eight million and remained at 1.7 million TEUs. Barcelona hardly exceeds 1.1 million containers, although it registers a smaller drop, around three percent.

1 Calviño uses the shooting in Texas to accuse Vox... 2 Podemos and other Sánchez partners promote a reform... 3 'Around the Valley' through the eyes of... 4 King Felipe VI visits the NATO military barracks in... 5 Roland-Garros: victorious at the last US Open, Raducanu... 6 The functional plan of the new hospital in Guadalajara... 7 Meat Carnival 2022 in Valencia: complete program per... 8 PSG: Neymar assures that he wants to "stay"... 9 Roland-Garros: "We are not allowed to play with... 10 Farewells and claims in Australia 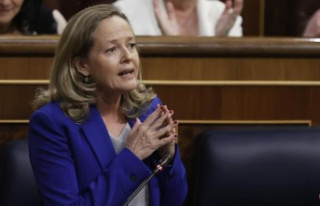 Calviño uses the shooting in Texas to accuse Vox...