The politicians of Castilla y León say goodbye to José Antolín: "We will always be grateful"

The death at the age of 86 of the founder and honorary president of Grupo Antolín, José Antolín Toledano, has prompted the prompt condolences of many regional politicians. 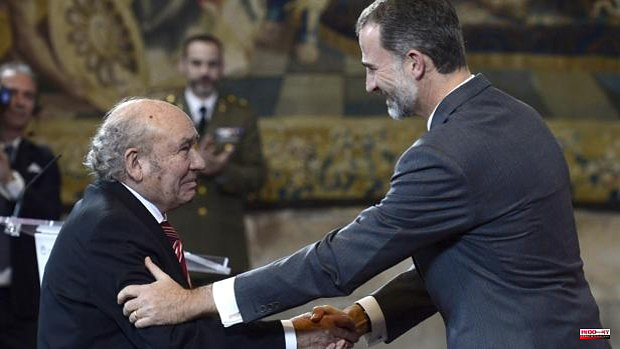 The death at the age of 86 of the founder and honorary president of Grupo Antolín, José Antolín Toledano, has prompted the prompt condolences of many regional politicians. These have not hesitated to praise his dedication and the importance of the career of the Burgos businessman, who has been fired between shows of affection or condolences to his family.

The president of the Junta de Castilla y León, Alfonso Fernández Mañueco, has been one of the first. He recalled that "the strength of the automobile sector" in Castilla y León "is due, to a great extent, to entrepreneurs committed to innovation and the future such as José Antolín". With a few lines on his Twitter profile, Mañueco also alludes to the "industrial power of Burgos", which is due in part to Antolín's commitment. "We will always be grateful to him," he remarked, consequently, not without sending his "deepest condolences and affection" to the family and friends of the businessman from Burgos, concluding his message with a "rest in peace."

The general secretary of the PSOE in Castilla y León, Luis Tudanca, has also used the social network to pay tribute to the businessman's commitment to Burgos. “From a small workshop, they created a multinational with thousands of workers. And yet, they always maintained their commitment and their roots in Burgos and helped it grow and create talent. My deepest condolences to the family and to the entire Antolin Group », he shared.

The parliamentary deputy spokesman for the Popular Party and attorney for Burgos in the Cortes, Ángel Ibáñez, has also joined, who with his condolences has assured that the honorary president, "a great from Burgos", will "always" be in his memory. Churchill said that the price of greatness is responsibility. Today a great from Burgos, Pepe Antolín, has left us”, Ibáñez pointed out.

In the same sense, the mayor of the Burgos capital, Daniel de la Rosa, has expressed his “eternal” gratitude. Not in vain, he has assured that together with his brother Avelino, he is the “best example” of business development in the city that he has exported abroad. «Today, José has gone with his brother. Eternally grateful », he concluded, also on Twitter.

1 The use of Basque has been stagnant for 30 years in... 2 They transfer to the hospital a 15-year-old run over... 3 Burgos businessman José Antolín, founder and honorary... 4 The father of the only survivor of the Uvalde massacre:... 5 The Federation works with World Sailing, the CSD and... 6 Toledo and Guadalajara will open almost a hundred... 7 They hid 215 kilos of cocaine in sacks of white sugar,... 8 pride! Barcelona returns to the streets with the intention... 9 “It is aberrant that a person with PF treats me”:... 10 Four vehicles burned in the Señoría de Illescas... 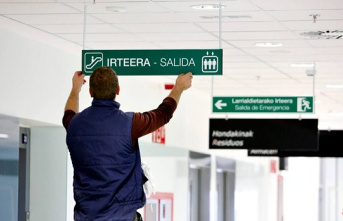 The use of Basque has been stagnant for 30 years in...