The political significance of the Stade de France incident 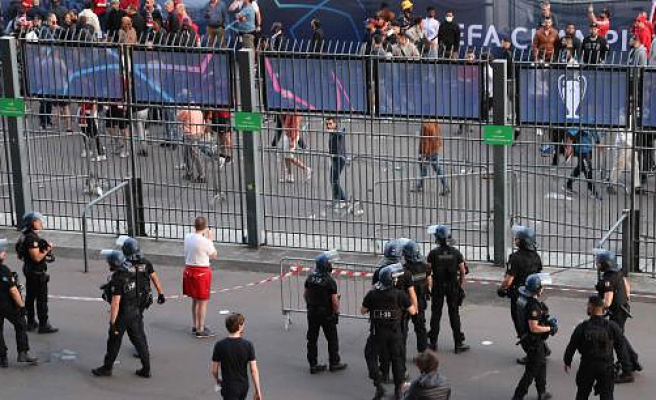 Jean-Luc Melenchon lamented Sunday's BFMTV coverage of incidents at the Stade de France, Saturday night May 28. He was speaking out about the incident on the sidelines to the Champions League final. Real Madrid defeated Liverpool (1-0). Multiple disturbances were reported by political figures, who denounce the French authorities' and UEFA's version of events. These incidents are now a political matter and an opportunity for the opposition to speak out and explain their reasons, during the campaign for the legislative election.

Jean-Luc Melenchon said that the Minister of Interior Gerald Darmanin's apologies, which were then made by Didier Lallement, the Prefect of Police, could not hide the "complete failure" of the police strategy and the information. He stated that "Thousands of counterfeit tickets had been sold, nobody has seen anything, English supporters are not tender, and nothing is being planned".

La France insoumise leader, it is the "the doctrine of police which is in doubt" because the police actions are identical to those during union demonstrations or movements of "yellow vests". "We hit the heap," he said. "We fire tear gas, and we attack people in bars. He said, "If you weren’t ready, don’t volunteer." The incidents proved that "we are clearly not ready for Olympic-type events." [in Paris, 2024] or World Rugby Championship [in France, 2023]

Marine Le Pen is observing the same thing, but the explanations are very different. She tweeted Sunday: "What happened at Stade de France is shameful to our country," denouncing in her tweet the inability to Gerald Darmanin "maintainorder in the face of the scum". During the "Grand Jury RTL"-"le Figaro”-LCI, she stated again: "There were almostriots that broke out. "These are bands of thugs we know from the Seine-Saint-Denis department, which is a department that is out of control today," she said. These events, according to the ex-far-right presidential candidate, are "confirmation" that our state is in real danger. Emmanuel Macron has "taken over the same officials who have shown their incompetence for five year" at the Ministries of Justice and the Interior.

Eric Zemmour was the first to respond. He tweeted at midnight on the night of match, a message in that he rejected the official explanations and revealed his truth about the culprits: "Scum [who] jump across barriers and attack around Stade de France. On Sunday, he published five tweets about the topic, including one from Fdesouche. He added the message that "For our safety and for our image, we should've built the Stade de France" in France. "Guest of Europe 1 Monday morning, the ex-polemicist reaffirmed his comments: "The problem is that Seine-Saint-Denis became a foreign enclave.

Stephane Troussel the president of the département, clearly rejected the attack and said he was "very mad [against] [the far right] which is unleashed upon its favorite object, Seine-Saint-Denis, and its inhabitants". He was invited to Franceinfo Monday and denounced an unprecedented "disorganization". To avoid any amalgamation of his department, he called for a "rapid, transparent and thorough investigation into the dysfunctions and disorganization".

He said, "I don’t want Seine-Saint-Denis or its inhabitants to be made scapegoats because of this disorganization." Stephane Troussel only sees one excuse if the Paris police headquarters mentions the presence of 300-400 young people from vulnerable neighborhoods.

Many across the Channel are not pleased with these accusations against British supporters. The British government called on Sunday for an investigation into the disturbances caused by French fans at the Stade de France. Nadine Dorries, UK Culture Secretary, stated that "the images and testimony of Liverpool supporters and the media about their entry to the Stade de France yesterday night are deeply concerning." She continued, "I call on UEFA to conduct a formal investigation into the circumstances of the incident and its causes, in coordination and with stadium staff, French police and the French Football Federation, Merseyside [county] Liverpool police and Liverpool Football Club." An investigation should be launched into the "unacceptable" issues surrounding these incidents, according to the English club.

1 Ardeche. Felines: A 17-year-old boy was airlifted... 2 Bordeaux: A series about the couturier Balenciaga... 3 Beijing has censored any commemoration of Tiananmen's... 4 Soccer. Women's Euro: Les Bleues sans Henry,... 5 Incidents at Stade de France: The Senate will hear... 6 Germany is ready to accept Russian journalists and... 7 You can go to Indochine at Matmut Atlantique in Bordeaux... 8 Purchasing power. Electricity: no catch-up on bills... 9 War in Ukraine: For the Azov regiment prisoners, it... 10 Ex-Irish soldier found guilty of belonging with Daesh... 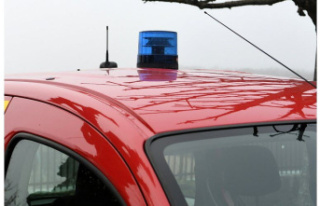