In a matter of three months, the PNV has gone from registering an amendment to the entirety against the audiovisual law to announcing its favorable vote. 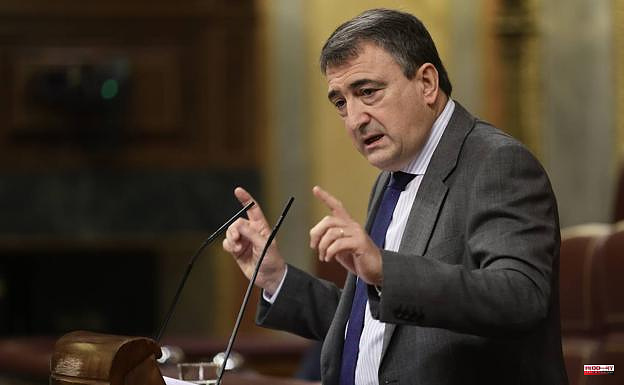 In a matter of three months, the PNV has gone from registering an amendment to the entirety against the audiovisual law to announcing its favorable vote. In the middle, some "dog-faced" negotiations with the Government in which the jeltzale formation has managed to introduce at least 45 of its 58 proposals and "shield" the Basque competitions, which was its main purpose before a project that it branded as "absolutely centralist". The six nationalist votes will contribute next week to the approval of the norm that the Executive is trying to tie with ERC and that 'a priori' has no sign of being overthrown despite the 'Pegasus case'.

The bill has been in the political limelight for months, especially due to the demands of nationalists and independentists to guarantee the presence of the co-official languages ​​in productions. The processing of the initiative, moreover, was intermingled with that of this year's Budgets, for which the Government and Esquerra reached an 'in extremis' agreement in December whereby the Republicans would support the Accounts in exchange for introducing some of the their claims, particularly in Catalan. However, Andoni Ortuzar's party did not see it enough and registered an amendment to the entirety.

After appreciating the willingness to negotiate in Pedro Sánchez's Cabinet, the PNV withdrew the contrary initiative -which contained an alternative text- and sat down at the table with three objectives: «Defending self-government, preserving the autonomy of EiTB and guaranteeing the presence of Basque in the new audiovisual framework». And in the end, according to deputy Joseba Agirretxea, "we have achieved more than we thought at the beginning." Among other achievements, the Jeltzales started dubbing the contents of TVE's children's channels into Basque and ensuring that ETB's broadcasts in Navarra did not become dependent on the State, as the original project envisaged, but on the Autonomous Community.

The agreement reached with the Government contributes to loosen relations, although in Sabin Etxea they warn that the PSOE-Podemos coalition continues to act "as if it had a parliamentary majority per se" and "launches projects" before having tied support. "We go week by week, in fits and starts, with anger and arrangements," said the Jeltzale spokesman in Congress, Aitor Esteban. The burukide has also been critical of the general secretary of the PSE-EE, Eneko Andueza, who censured the PNV's "noise" with issues such as Basque and the bombing of Gernika. "He is saying a lot of nonsense, let's see if we are all going to get tired," he replied.

1 Despite a tarnished image, Facebook remains essential 2 Hello Mbappé, goodbye Luis Suárez 3 Badalona will host the Copa del Rey basketball in... 4 They find the leader of the destructive sect that... 5 Smoke bombs, tags and firecrackers: the house of Roland... 6 Fawzia Koofi: "If the woman does not wear a burqa,... 7 Raúl García and Nico Williams, almost ruled out... 8 It's a departure for the Alliance 9 Punishment for Scholz's indecisive policy in... 10 DIRECT. Giro 2022: Bardet 3rd overall, the standings 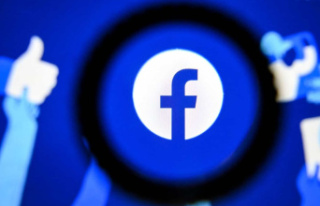