The Plaza Mayor, another 'NATO zone': the terraces are raised so that the summit vehicles can park

The Plaza Mayor will become another 'NATO zone' this Tuesday. 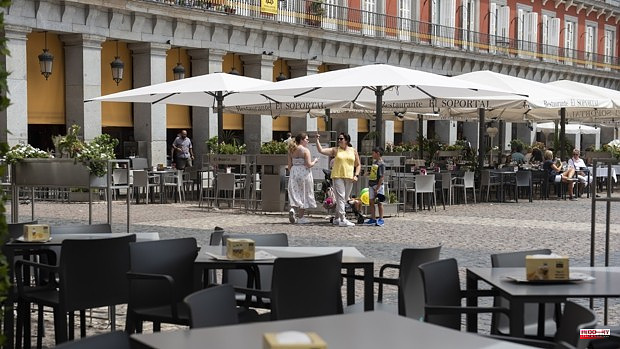 The Plaza Mayor will become another 'NATO zone' this Tuesday. From 5:00 p.m. to midnight, its terraces will be raised "for security reasons," reports the Security and Emergencies Area of ​​the Madrid City Council. The place will be cleared for the vehicles of the participants in the international summit, specifically, the foreign ministers who will have dinner on Tuesday at the nearby Ministry of Foreign Affairs. Although the square will not be closed to the pass, municipal sources assure, the majority of hoteliers plan to lower the blind.

The Ministry of the Interior sent the statement last Friday, "with no room for negotiation," the president of the Guild of Hoteliers of the Plaza Mayor, José Antonio Aparicio, explains to ABC. The Central District Board transferred the order to the restaurants and most will choose to close their doors and "change the rest day of their workers."

The hoteliers were surprised by the measure, since the Plaza Mayor is a BIC (Well of Cultural Interest) monument; however, the pavement on which the official vehicles will park is not.

The decision, which has been advanced by the newspaper El Mundo, part of the Ministry of the Interior. Public parking under the square is not an option for "security reasons", the only explanation that the ministry has given to the city council. "You can go to the bars and the arcades," they say from the Security Area. Even so, the Plaza Mayor will be one of the armored points that plague the capital this week, one more within the historic police deployment for the thirty-second meeting of the Atlantic Alliance.

1 Cristóbal Bargueño de la Plaza, first permanent... 2 The Saxem Festival begins the cultural summer at the... 3 These are the cheapest hours of electricity this Tuesday 4 Agrarian organizations support the anti-crisis decree... 5 Petete Rubio received the Laurel Award in the Supporting... 6 The Board will make a census of the victims of terrorism... 7 Fleeting meeting between Sánchez and Aragonès in... 8 'Erató Fest' celebrates its fifth anniversary... 9 Cobadu celebrates its 40th anniversary with a record... 10 Things to keep in mind when choosing a master's... 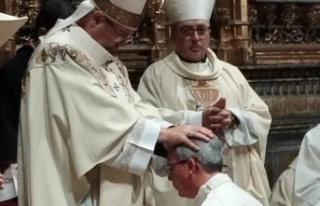