The 'Piano City' hits the key in Madrid

Lovers of keyboard instruments, and of music in general, have a spectacular date in Madrid in a few days. 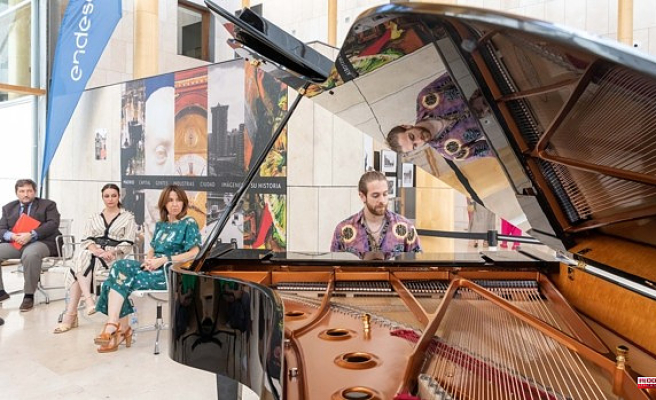 Lovers of keyboard instruments, and of music in general, have a spectacular date in Madrid in a few days. For the first time, the city will become the international piano capital with the premiere of the first edition of 'Piano City Madrid', an international festival devised by the German musician Andreas Kern, which arrives in Spain for the first time on 17, 18 and June 19, within the programming of the European Day of Music of the Department of Culture, Tourism and Sport.

The event, organized by TopArtEspaña, will offer 60 free concerts in different venues and cultural centers of the city with the leading role of classical music, jazz, flamenco, electronics and new age music, performed by pianists aged between 15 and 65 years with a high percentage of female performers.

The delegate for Culture, Tourism and Sports, Andrea Levy, and the artistic director of the festival, Carmelo Di Gennaro, presented the event this Friday at the History Museum, which will be inaugurated on Friday, June 17 at Matadero Madrid, starting at 5:30 p.m., with performances by three renowned pianists: Clara Lai, Diego Amador and Chano Domínguez. The latter, in addition, has been in charge of advising Piano City Madrid when drawing up the line-up of artists for this first edition, which emphasizes quality, gender equality and the presence of a wide variety of musical styles.

Among the classical pianists, the presence of the Italian Michele Campanella stands out, who will interpret Liszt and Mousorgski; musical journeys to Romanticism by Ana Vega Toscano and Cristina Sanz; the recital that Roberto Prosseda will dedicate to Mozart and Morricone; the piano miniatures that María Abad will perform; the connection that Riccardo Bini proposes between Beethoven and Brahms, or the dance through the centuries of Gabriele Carcano, playing Bach, Ravel and Chopin.

Piano City Madrid also presents Uri Caine, an American pianist and composer who will play his latest solo piano project, 'Change!'. Elisabet Raspal and Lucia Fumero arrive as representatives of the effervescent Catalan art scene; The Cuban Pepe Rivero will surprise with his original 'Joruba latin jazz meets classic', and to celebrate the hundredth anniversary of the birth of Pier Paolo Pasolini, the Italian Giovanni Guidi will present his project 'Comizi d'amore'.

Another central personality at Piano City Madrid is Chano Domínguez, from Cádiz, internationally recognized as one of the masters of flamenco jazz, who will open the festival in Matadero (along with recitals by Clara Lai and Diego Amador, a great flamenco free jazz performer). Madrid on the afternoon of Friday June 17. The program also highlights the young Alex Conde and Andrés Barrios, two of the most distinguished pianists of their generation, who will offer their improvisations on the piano.

Many of the performers present their own compositions and arrangements in Madrid, proposing original themes. They are Moisés Sánchez, the Italian Francesca Tandoi, María Parra, Javier Coble, Claudio Constatini (with arrangements by Piazzolla and Gershwin), Esther Quevedo and the Argentine Federico Lechner, with his moving project Letters to my father. Finally, the peculiar case of the American Dan Tepfer, who will present 'Natural Machines' (electronic music) for the first time in Spain, improvising on an algorithm that he himself has designed for the Disklavier piano.

At Piano City Madrid young talents will also be made known thanks to an agreement between TopArtEspaña, the Royal Conservatory of Atocha and the Reina Sofía School of Music. The respective piano chairs will present some musicians selected by their teachers who will present very varied programs of undeniable artistic value. In this way, it is intended to highlight the existence of a solid community of pianists worthy of being made known to the general public. To these concerts will be added the recitals of the students of the Shigeru Kawai Center and the Musical Arts School of Madrid. The youngest of the festival is Guillermo Hernández from Salamanca who, at only 15 years old, already has a long career as a classical pianist.

1 'Chemsex', the cocktail of sex and drugs... 2 Groups of robbers fueled the disturbances in the macrobotellón... 3 The metamorphosis of the Ice Palace: from morgue to... 4 The 45 black spots with the most accidents on the... 5 Top the price of visiting tickets, the desire of the... 6 Spain lives on the wire 7 Without privileges for Andorra de Piqué 8 If you are going to visit Asturias to eat only fabada... 9 A judge indefinitely prohibits bullfights in Plaza... 10 Mexico City bullfighting ban extended indefinitely... 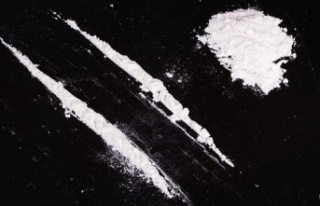 'Chemsex', the cocktail of sex and drugs...