The penultimate day of the League condemns Alavés to Segunda 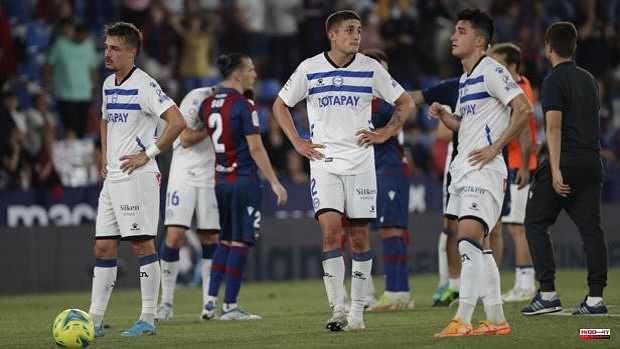 Nine games simultaneously. Sunday from another time. Voltage and transistors at full blast. La Liga is consumed giving emotion until the end. The penultimate day of the 21-22 season has half the League on edge, eleven teams still with homework to do and goals to meet. The denouement clarifies, but does not sentence. Many will continue like this for another week, until the final closing where the final notes will be delivered.

In the absence of that last exam, Alavés already has suspense on the desk, back to Second six years later, unable to extend the epic by losing to Levante, also relegated. Three teams remain on the edge, Cádiz, Mallorca and Granada, who will sit at the table on the last day to play Russian roulette for the last ticket to hell in the Second Division.

The only one that does not depend on itself is the yellow team, which at this time still regrets the missed penalty against Madrid. Escaping oxygen. On the last day he will travel to Mendizorroza forced to beat the depressed Alavés, and even so it might not be enough. Granada has it better, which will receive Espanyol with one more point in the table than its two rivals. But also Mallorca, which will play in Pamplona, ​​the first home in Spain of its current coach Javier Aguirre. In those three games the chicha of the final day will be concentrated.

The fight for European positions also clears at the last minute. En-Nesiry's goal at the Metropolitano gives Sevilla the point they needed to secure the Champions League. The four places in Europe's top competition will no longer change hands. End to the hopes of Betis, who still dreamed of a final carom at the Bernabéu. Barça also secures second place after signing a bland draw with Getafe. The azulgrana ensure their presence in the next edition of the Super Cup in Arabia. Millions for the box.

Real Sociedad is also guaranteed the Europa League by going back to Villarreal. Those of Emery will be played against Barça, at the Camp Nou, the last European place in dispute, that of the Conference League, to which Athletic is also opting.

1 German conservatives sweep elections in most populous... 2 Alavés says goodbye to Primera and Real secures the... 3 Soporific draw between Getafe and Barça and everyone... 4 Xavi: "The result favored us but talking about... 5 125 years of Catalan mutualism, a "miracle of... 6 MLS: No master between the Revolution and Atlanta... 7 The fall of Racing 92, PSG hand in the Cup final and... 8 Honext seeks to raise twelve million and will open... 9 Alavés descends and Cádiz enters the danger zone 10 Lunin disguises himself as Courtois 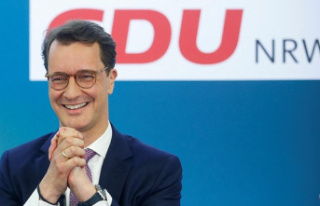