This Wednesday Prisoners Defenders (PD), a legal defense NGO that denounces cases of human rights violations and political prisoners, was forced to change the venue of an event in Mexico at the last minute to denounce the hiring of Cuban doctors due to threats from the Mexican Communist Party. 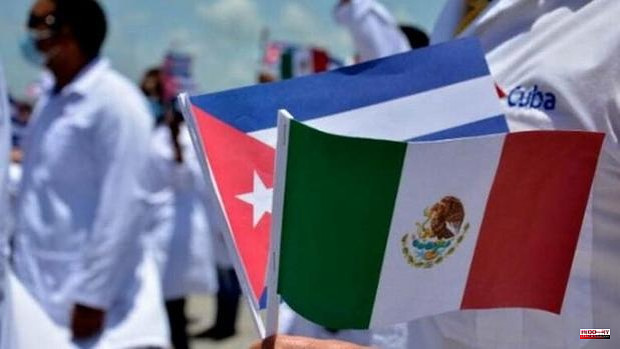 This Wednesday Prisoners Defenders (PD), a legal defense NGO that denounces cases of human rights violations and political prisoners, was forced to change the venue of an event in Mexico at the last minute to denounce the hiring of Cuban doctors due to threats from the Mexican Communist Party.

“The Communist Party of Mexico threatened to lead its aggressive hordes to stop the event, and we are talking about very dangerous people. We ask to continue. The Museum of Memory and Tolerance wanted to cancel the event -already paid for and closed- and at our request, what they did was talk to the Presidency of the Government of Mexico, from whom they are financed, and the conclusion of these conversations was that they would not receive support. security police, and that the event could only take place there if there was no bad talk about Amlo [President Andrés Manuel López Obrador," Javier Larrondo, president of PD, told ABC.

As a result, the Museum canceled the activity for fear of pressure, and PD was forced to change the venue. Finally, the Doctors of Cuba forum: human trafficking, slavery and forced family separation, which addressed the situation of the island's doctors who are part of the so-called international brigades, was held at the Casa Blanca hotel.

However, some 10 people from the Communist Party went there to try to boycott it: "They arrived very aggressively, with banners, there was a bit of a stir, we heard the screams outside the room, but we locked the doors so that They could get in." In this way, they were unable to get past the security device and the event took place without confrontation, Larrondo recounts.

“The first step to losing democracy is to allow freedom of expression to be curtailed under threats. And that step has already been taken by Mexico, unfortunately. It is something that has surprised and saddened me, "says the lawyer.

The act is part of a tour by Larrondo through several countries in the American continent, including Argentina and the United States, with the aim of spreading the denunciations of what has already been considered by the United Nations as forced labor.

At the beginning of 2022, PD expanded its complaint to the United Nations by presenting a report with 1,111 testimonies of Cuban professionals, victims of slavery and forced labor through internationalist missions. Among the violations of the human rights of these professionals is the fact that most do not participate voluntarily, the Cuban regime withholds their passports and they only receive 20% of their salaries, the remaining percentage remains in the hands of the government Cuban.

Likewise, the so-called '8-year law' prohibits professionals from returning to Cuba during that period of time if they do not return to the country after finishing the job, and classifies them as "deserters" and "undesirable." The new Cuban Penal Code, recently approved on the island, includes an article that aggravates their situations since it is no longer enough for those who desert internationalist missions to wait eight years to enter Cuba, they will also be prosecuted upon their return to the island.

According to PD, thousands of professionals suffer from these types of conditions each year, with the consequent psychological damage to their children, spouses and family members.

The event included the testimony of Emilio Arteaga, a Cuban psychiatrist based in Madrid, who recounted how, before going into exile, he was involved “in three medical collaborations abroad, in Bolivia, Angola and Namibia. The decision to desert and leave was the result of psychological pressure, emotional blackmail, the impossibility of relating to other people who are not members of the medical collaboration.

For Larrondo, “the Cuban government does not want us to tell this, because we do not have political rhetoric, we are not right-wing people. And then it's a more difficult speech to counter."

Also taking part in the forum, online, were the Argentine economist Ignacio Bongiovanni, the Czech diplomat Dita Charanzová, vice-president of the European Parliament, the Spanish historian and politician Jordi Cañas, as well as the Spanish lawyer and politician Javier Nart.

The PD complaints are made less than a month after the visit of the President of Mexico to Cuba, in which he showed his good harmony with President Díaz-Canel, during which he signed an agreement with the Cuban Government on health and promised to hire 500 Cuban doctors.

The contracts have been rejected by doctors and medical colleges in the Mesoamerican nation, not only because they take into account the conditions of slavery of Cuban professionals but also because they consider that, in this way, national health workers are excluded, many of them waiting to be employed.

For his part, during his daily press conference on Tuesday, Amlo described the criticism of his plans as "vile" the hiring of Cuban doctors.

1 Dvicio: «We have grown tired of continuing to turn... 2 The manufacturer of the Spanish super glue launches... 3 Asaja Castilla-La Mancha asks for explanations on... 4 One deceased and one injured after colliding a van... 5 These are the twenty-five best teachers in the Valencian... 6 The terrible moment a police officer responding to... 7 Llorente maintains the act in the Diputación de León... 8 The politicians of Castilla y León say goodbye to... 9 The use of Basque has been stagnant for 30 years in... 10 They transfer to the hospital a 15-year-old run over... 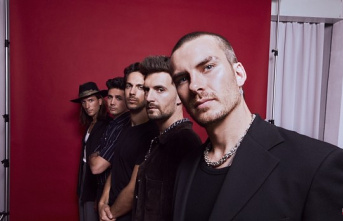 Dvicio: «We have grown tired of continuing to turn...