The patios of the city of Toledo are shown again in all their splendor this week during Corpus Christi thanks to the XXI Contest of Patios Toledanos, an event that will include the participation of 29 of these spaces within the Historic Center of the city, which will be They will be able to visit from this Wednesday, June 15, until Saturday, the 18th. 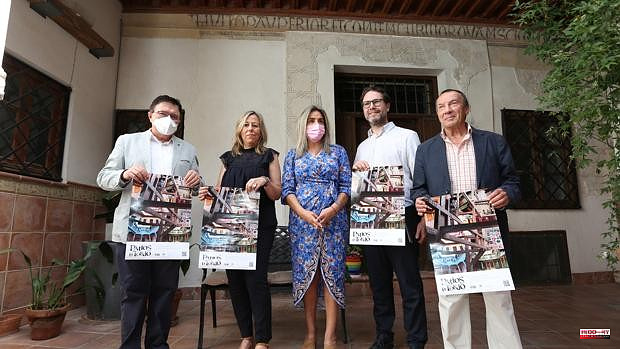 The patios of the city of Toledo are shown again in all their splendor this week during Corpus Christi thanks to the XXI Contest of Patios Toledanos, an event that will include the participation of 29 of these spaces within the Historic Center of the city, which will be They will be able to visit from this Wednesday, June 15, until Saturday, the 18th. This was explained this Monday by the mayor of the city, Milagros Tolón, and the president of the Association of Friends of the Courtyards of Toledo, Andrés León, in a press conference held in one of the participating patios, located in Callejón de San Pedro, number 4. The event will also be accompanied, on this occasion, by some twenty cultural activities that will take place in these spaces, from music concerts traditional, romances or singer-songwriters to rondallas, poems and a choir concert.

The map can be viewed and downloaded at the following link: //www.patiosdetoledo.es/images/patiosdetoledo/certamenes/2022-Plano.pdf.

Milagros Tolón has described Toledo's patios as "emblematic" and has stressed that they are a heritage "not only material but immaterial, because the life of Toledans was and is done in these patios" which, moreover, "are almost always surrounded by of heritage that can be seen. Toulon has commented that each of the patios has "a special, specific flavor" and has stressed that the City Council has wanted, in addition to "contemplating and admiring the beauty" that they treasure, to integrate them into the program of activities of the Corpus.

The mayor thanked the owners of these spaces for preserving them and letting people come in to see them, extending her thanks to Andrés León for his dedication. “We have had a pandemic but here we are, collaborating so that this activity that is so typical of Toledo and that we want to promote is in this Big Week,” she emphasized.

Similarly, it has specified that visiting hours will be from 6:00 p.m. to 10:00 p.m. and that plans have been drawn up showing the location of all the patios.

For his part, Andrés León explained that this year the hours and days in which the patios are open to the public have been reduced, returning to the format of the beginning of the event, when it was “something more than the weekend”. However, he has indicated that this reduction has been foreseen as something "exceptional" and hopes that next year there may be "normality". Similarly, he has reported that for this year there will be no jury and no prizes have been planned, something that is also an "accidental" novelty this year due to the pandemic.

León has detailed that this year the number of participating patios has dropped “a little”, since some did not want to participate due to the pandemic, although several have finally wanted to do so. Of these, some have finally been able to enter but in other cases it has not been possible since the posters and brochures were already in the printing press.

The president of the Association of Friends of Toledo Courtyards has thanked the Consortium, the City Council and the Provincial Council for the help they are giving them and especially all the groups that make their courtyards available and the artists, who collaborate free of charge «for the love that they have Toledo».

1 Sixteen years in prison for the marriage that forced... 2 Justice asks to modify the Valencian law to include... 3 Treasury accounts to test the viability of the transport... 4 The Ibex deepens its collapse and the risk premium... 5 The 'hero of Pisuerga' arrested after attacking... 6 Pioneering access from Property Registries to graphic... 7 For the first time, the Madrid Food Bank breaks its... 8 Page announces a transport agreement with Madrid that... 9 Podemos blames Sánchez for bursting the relationship... 10 Can the price of fuel reach three euros per liter... 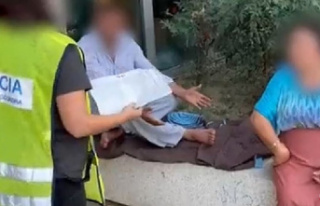 Sixteen years in prison for the marriage that forced...