The Parliament approves the law of official languages ​​with Vox, Cs and PP criticizing the PSC for agreeing it with Junts and ERC

The Parliament of Catalonia has approved this Wednesday the law of official languages ​​in education that establishes Spanish as a curricular language, but not vehicular, a concept that is established only for Catalan, with the votes in favor of the PSC, ERC, Junts and the common. 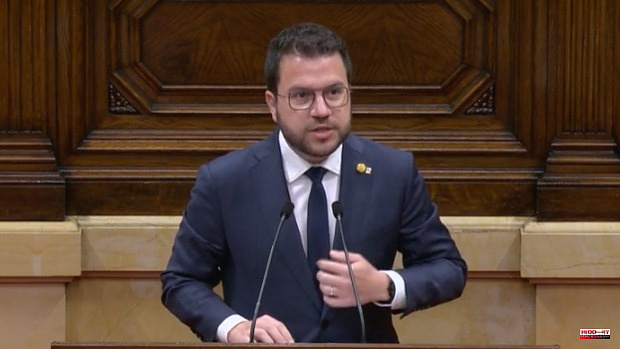 The Parliament of Catalonia has approved this Wednesday the law of official languages ​​in education that establishes Spanish as a curricular language, but not vehicular, a concept that is established only for Catalan, with the votes in favor of the PSC, ERC, Junts and the common. Vox, Cs and the PP have voted against, considering that the rule tries to prevent compliance with 25 percent of Spanish in the classrooms, despite the order of the Superior Court of Justice of Catalonia (TSJC), and the CUP, for totally opposite reasons to those of the constitutionalist groups.

With 102 votes in favor, 29 against and one abstention, the regional chamber has given its approval to the Law on the use and learning of official languages ​​in non-university education that the independentistas have defended together with the PSC and the common.

Yesterday, the Council of Statutory Guarantees gave its (non-binding) approval to the processing of the norm, considering that it is not contrary to the Constitution or the Statute of Autonomy, among other things, because although it does not specify Spanish as the vehicular language , as established by the jurisprudence of the Constitutional Court.

After the debate for the position of each group, the President of the Generalitat, Pere Aragonès, took the floor, congratulating the leaders and officials of the four parties that have supported the legislative change. Aragonès has defined the agreement as "a great country agreement" and has left it open for other forces to join, such as the CUP, although he has not cited any specific group. “It is an open-door agreement for everyone to join,” he said.

In addition, the regional president has defended that the Parliament of Catalonia be the one to legislate on a matter such as the use of languages ​​in schools, instead of the courts doing it, in his opinion. "We do not abdicate our responsibility to legislate," he added. And he has indicated that with the new norm «we place Catalan as the backbone of the Catalan school and of the country's linguistic model«.

The intervention of Aragonès, who as president of the Generalitat can intervene in all the debates he deems appropriate, has given the presidents of the parliamentary groups a turn to speak. Salvador Illa (PSC) thanked Aragonès and shared the need to leave the "consensus" on language "open": "I promise to widen it", he added. And he has assured that for the PSC, "defending Catalan is not attacking Spanish, which is also the mother tongue of many Catalans."

The round of words, however, has shown the attack of Vox and Cs to the PSC for agreeing with the nationalists what they consider to be a political move so that 25 percent of Spanish is not applied in the classrooms, despite the order of the TSJC transmitted to the Minister of Education, Josep Gonzàlez-Cambray. Thus, Ignacio Garriga and Carlos Carrizosa have pointed out that the PSC "betrays" its voters, allows "separatist totalitarianism to advance by trampling on the rights of Catalans" and "lie to the population by assuming the most supremacist and exclusive nationalist discourse".

For their part, Albert Batet (Junts) and Jéssica Albiach (common) have defended the agreement. The first has asked the Government to continue with the language policy approved this Wednesday to defend Catalan, in reference to the decree law approved by the Aragonès executive that develops the response to the TSJC by nationalist groups and that does not count, in principle , with the support of the PSC and the second has congratulated itself on «shielding linguistic immersion».

A point of view, that of Albiach, totally opposed to that expressed by Carles Riera (CUP) who, in his speech, pointed out that "it is evident that curricular is synonymous with vehicular", in relation to the two official languages, and has defended that the new law "opens the door to the use of Spanish beyond the language subject, they open the door to bilingualism".

1 At least one dead and 30 injured in a multiple hit-and-run... 2 These are the pensions that are not taxed in personal... 3 The OECD lowers the growth of Spain by 1.4 points... 4 Virtual operators outperform traditional operators:... 5 The price of housing closes the first quarter with... 6 Berlin: Vehicle crashes into pedestrians, reports... 7 The restoration works of the Church of the Asunción... 8 Police say 1 person is dead and 12 are injured when... 9 Baltar wants to turn the page in 2023 on the "governments... 10 A man is sentenced to seven years in prison for sexually... 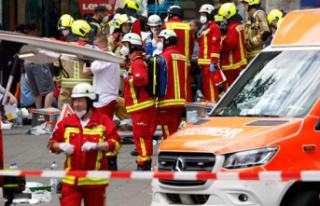 At least one dead and 30 injured in a multiple hit-and-run...