A stubble fire has forced the emergency services to be deployed this Tuesday morning in Talavera de la Reina. 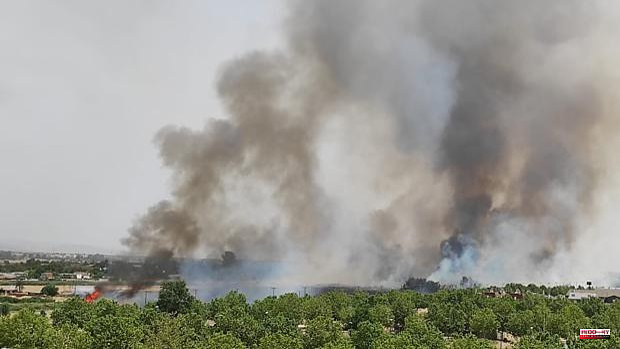 A stubble fire has forced the emergency services to be deployed this Tuesday morning in Talavera de la Reina. At around 12:37 p.m., according to data from the Forest Fire Information System (Fidias), a warning was given of the presence of fire in the area of ​​the Puntal road, on the outskirts of the city, which has forced the desalination of the neighboring Palomarejos commercial park.

This has been confirmed to Europa Press by the Councilor for Security, Flora Bellón, who explained that this measure has been taken preventively to avoid possible incidents.

Three trucks and all available fire personnel from the Talavera park, as well as numerous members of the municipal police, have been directed to the area.

According to Bellón, reinforcements have also been requested from the Infocam regional service, which offers the possibility of deploying fire helicopters. It also has the support of the Santa Olalla Fire Station.

"From the City Council we are in constant communication with the person in charge of the Fire Extinguishing Service of Talavera de la Reina to follow the evolution of the fire," Bellón explained. "The main intention is to extinguish it as soon as possible to prevent it from approaching an area with houses," he added.

From the City Council they request the citizen's collaboration to avoid any type of complication and trust that the incident will be concluded quickly.

1 The heat wave reaches the north: Temperatures up to... 2 Provisional prison for the man who stabbed his partner... 3 Sáez welcomes Roma students interested in being a... 4 Tens of thousands of people take to the streets to... 5 Alignment of quantified levels in valleytronic material... 6 The 'Luz del Tajo' shopping center opens... 7 ONCE and the Almagro International Classical Theater... 8 Catalonia will limit the passage of trucks on the... 9 Aid for textbooks will benefit 5,700 families 10 The Prosecutor's Office of the Court of Auditors... 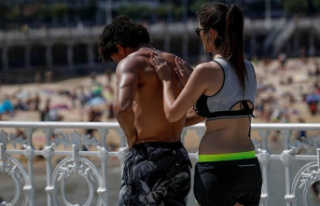 The heat wave reaches the north: Temperatures up to...