This Thursday's announcement by Ada Colau that she wanted to run for re-election as mayor has not surprised the opposition in Barcelona, ​​which has been taking it for granted for months. 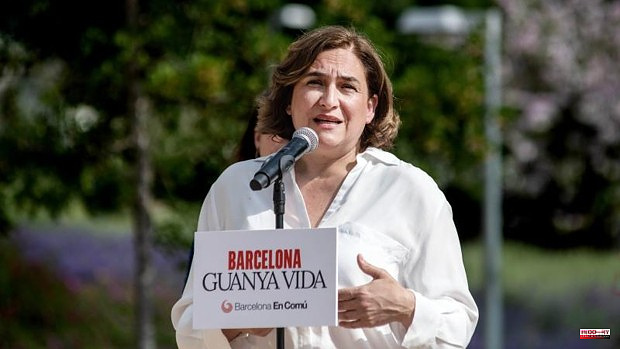 This Thursday's announcement by Ada Colau that she wanted to run for re-election as mayor has not surprised the opposition in Barcelona, ​​which has been taking it for granted for months. However, the news has caused an avalanche of messages along the same lines among the municipal groups, who on the one hand denounce that the mayor has contradicted herself and who also fear for the continuity of the policies of the commons for the good future of Barcelona .

Thus, from ERC, the first opposition group, they consider that Colau's project for Barcelona "has already shown signs of exhaustion." Thus, its councilor Elisenda Alamany regrets that the current mandate has been wasted because necessary daily issues have not been addressed and also because the bipartisan government has "partners with opposing opinions about the city."

Junts also criticize that Colau "breaches" BComú's code of ethics if he opts for another mandate. Its municipal spokesman, Jordi Martí, lamented that “Barcelona is going through one of the worst moments in recent years. And therefore it is not good news» that Colau wants to continue as head of the City Council and has claimed that the change is «absolutely necessary and urgent».

Similar has been the reaction of Eva Parera, leader of Valents in the City Council, who criticizes Colau for "breaking his word" because he previously said that he would only choose two. "The city cannot be in the hands of populism and the decline of Colau for 12 years," she considered. “If he has not found a place in the Government of Pedro Sánchez, the citizens of Barcelona should not pay for it,” she remarked.

For his part, the president of the municipal group of the PP in the Barcelona City Council, Josep Bou, sees "essential to remove Colau" from the mayor's office. "Barcelona is going to explode at any moment, and it's going to be in the next legislature," commented Bo, who believes that his decision to run for office again is more conditioned by the null renewal of BComú leadership than by his own desire of the mayor, whom he sees with no desire to follow.

"Mrs. Colau is always a problem for Barcelona," Luz Guilarte, municipal leader of Cs, blurted out for her part during an appearance in which she commented on the announcement. The councilor recalled that the mayor said, when she was an activist, that she would not enter politics and when she became mayor in 2015 that she would not repeat her mandate, so she believes "that her lies and unfulfilled promises are evident ».

1 Ancelotti: «Bale's farewell? It is not important... 2 Barkala says that it seems "reckless" to... 3 Arechabaleta promises signings and acknowledges that... 4 Bustamante switches to boxing and will fight Mister... 5 The Turkish veto frustrates the 'express'... 6 Rentamarkets IM changes its name to Miralta Asset... 7 The investigation into the 'partygate' concludes... 8 Sordo (CCOO), on Yolanda Díaz's 'Sumar'... 9 Ancelotti: "I am happy because we are in the... 10 Legislative: a relative of Xavier Bertrand in the... 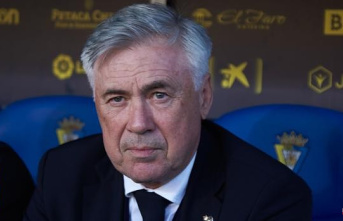 Ancelotti: «Bale's farewell? It is not important...