Huge satisfaction is felt by the residents of the association of those affected by the road in Ronda de Buenavista de Toledo to have received the support of the Ombudsman in their claims. 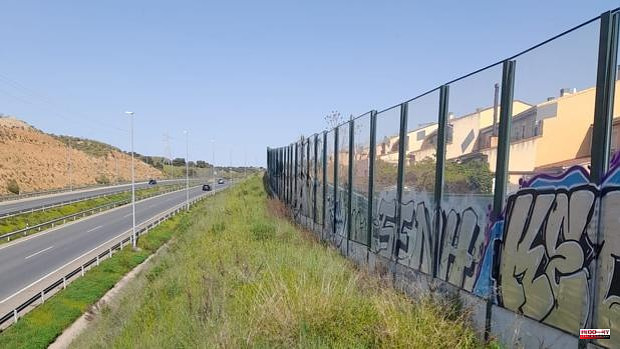 Huge satisfaction is felt by the residents of the association of those affected by the road in Ronda de Buenavista de Toledo to have received the support of the Ombudsman in their claims. Homes located at the foot of the road affected by the noise of the motorway, where cars circulate at a high speed, is the situation that these dozens of families "suffer" day by day and also the Europa school, located at the end of Germany street ; with windows open to the infernal noise of road traffic for years in a section that is an "urban road since 2014", according to the representative of the Platform Association of People Affected by the Layout of the Castilla-La Mancha Highway, Carmen Cervantes Duenas.

For this reason, they have asked the Toledo City Council on numerous occasions to reduce the speed limit on this ring road as it passes through Buenavista. According to the affected residents, the problem could be solved by installing a dozen horizontal signs informing about the speed limit and turning on the streetlights on the ring road, which are now off. Thus, the safety levels of drivers would increase, and noise and environmental pollution would decrease. After producing "the silence for response", the neighbors filed a complaint in April with the Ombudsman, an institution that has just responded online with their requests.

“In relation to the complaint that you have presented to this institution, registered with the number indicated above, you should be informed that, once the documentation you have provided has been analyzed, it must be admitted for processing because it meets the requirements established in article 54 of the Constitution, in relation to Organic Law 3/1981, of April 6, which regulates this institution. Once the action has been initiated with the Toledo City Council, you will be informed of the content of the information received and the procedures that follow, ”says Patricia Bárcena García, second deputy of the Ombudsman

“We are very happy to know that we are right, that we are dealing with an urban road documented in the State Highway Demarcation and the Government Delegation, something that the City Council knows, that it is an urban road since 2014); that the law in force for a year regarding speed is not being complied with, which has serious repercussions on the health of the children of the Europa school and the residents of the Ronda de Buenavista and its surroundings. This cannot be a motorway as the City Council intends, because the houses do not meet the established distance to the road of a minimum of 200 meters", explains Cervantes, who adds that "we have documented what we say and we know that we are right, and we do not know the effort of the City Council in breaking the law knowing the damage caused. However, the documentation is being finalized to go to European instances if necessary and the City Council maintains that this road is an urban highway.

The Affected Platform also calls for a cleaning and clearing and rat extermination action on the slope of the urban road.

1 A guest of the kidnapping hotel in Barcelona: "We... 2 The UME prepares in Chinchilla to fight against the... 3 A man arrested in Baracaldo (Vizaya) as the alleged... 4 At least one seriously injured and four slightly injured... 5 The Generalitat exercises popular action in the case... 6 Marchena denounces before the CGPJ the defamations... 7 Moncloa denies sending Leopard 2 to Ukraine after... 8 Macron and Mélenchon rise, Le Pen stagnates and the... 9 Due to knee issues, Pope cancels Congo-South Sudan... 10 Asylum seekers make UK legal bid for Rwandan deportations... 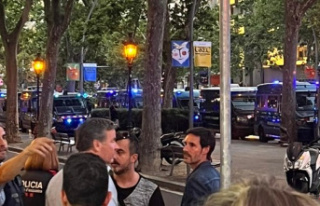 A guest of the kidnapping hotel in Barcelona: "We...