The Ombudsman endorses the espionage with Pegasus to the independentistas

The Ombudsman endorses the legality of espionage with Pegasus to the Catalan independentistas. 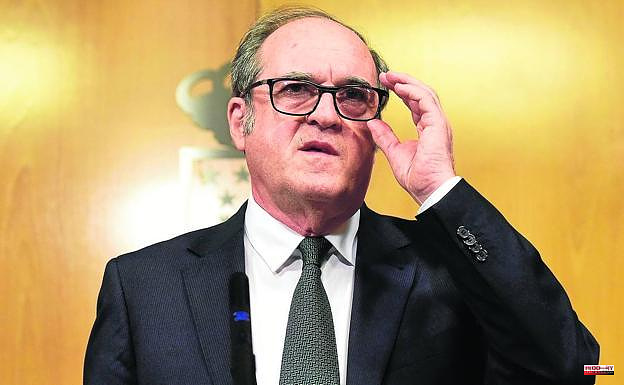 The Ombudsman endorses the legality of espionage with Pegasus to the Catalan independentistas. At least, of the 18 cases officially recognized by the National Intelligence Center (CNI), because the institution has not investigated the other 45 punctures denounced in the 'Catalangate'. The office led by Ángel Gabilondo, after studying the classified reports sent by the secret services, concludes that the infection with the Israeli malware of the terminals of those 18 pro-independence supporters -among whom was Pere Aragonès due to his alleged relationship with the CDR or with people Carles Puigdemont's environment in Waterloo - was done in compliance with all legal requirements.

The Ombudsman expressly emphasizes that this espionage was not for "ideological" reasons, that it was in accordance with the Constitution and the CNI's own legislation, in addition to being sufficiently motivated and "in all cases" carried out under the mandatory judicial control of the Supreme Court. The institution considers it desirable, however, to open a reflection on the sufficiency of the planned judicial control, since current technology could be overflowing a regulatory framework drawn up two decades ago.

The Ombudsman's investigation into the so-called 'Catalangate' was opened on April 26 and was closed this Wednesday after just three weeks of investigations. The Government of Pedro Sánchez and the Socialist Group refused to support a parliamentary commission on espionage against the independence movement with Pegasus, alleging that the investigation of the institution led by Gabilondo and the explanations in the official secrets commission would shed sufficient light.

However, the bulk of the institution's investigation has been limited to "verifying" compliance with the provisions of article 12 of the 11/2002 regulation of the CNI, which is the one that obliges the secret services to submit to "control prior judicial” the “interventions of communications” that they intend to carry out. At this point, Gabilondo points out that the "CNI has acted with respect to the different provisions" that require that prior permission from the Supreme Court.

Moreover, according to the Ombudsman, Pablo Lucas, the magistrate of the high court who authorized the interventions of the smartphones, had a "high degree of information detail" by the CNI to be able to make the decision to endorse these espionage. This, in addition, allowed the judge to write "extensively motivated orders" to give the green light to those punctures.

According to the institution, the "interception of communications" analyzed has been "subject to the Constitution and the rest of the legal system." And that mere "subjection" - the report maintains - "excludes the mere ideological motivation in the interception." "It is not what is thought, but what is done in a non-democratic way, with violence and/or against the rights of many other citizens, and of the State itself," adds the document, implying that the analysis of the documentation sent by the CNI would infer certain illegalities or crimes, which in no case reveals the report for obvious reasons of secrecy.

The Ombudsman, who highlights in his report the "transparency exercise of the CNI in this action", nevertheless makes a reflection on judicial control. It explains in its conclusions that "the 20 years that have elapsed since Law 11/2002" and "the evolution of technologies in recent decades, added to the changes that are to come, should lead us to reflect on the sufficiency or insufficiency of judicial control existing". “The interception of communications in 2022 is not the same as in 2002, nor will it mean the same thing in a few years,” settles the agency without getting too wet.

That yes, the institution that Gabilondo directs asks that any change in that judicial control of the espionage of the CNI be made “through very broad (parliamentary) majorities, since they are true questions of State.”

The resolution also includes a slap on the leg to the legislature for the delay in the implementation in the lower house of the so-called official secrets commission, whose constitution was finally unlocked due to the controversy over espionage with Pegasus with the appearance last May 5 of the former director of the CNI Paz Esteban to offer details on the surveillance of the 18 independentistas. “As far as parliamentary control is concerned, the Ombudsman must underline that for three years there has been no de facto so-called official secrets commission in the Congress of Deputies. It is not up to the Ombudsman to propose how it should be elected or who should form it. But it does verify that its non-constitution was an anomaly, ”says the institution.

"The political discrepancies, or the composition of the Chamber (which is what the citizens have wanted with their vote) cannot be an obstacle to guaranteeing the regular functioning of the institutions," Gabilondo's office reproaches Parliament.

1 Acquitted a Zamorano accused of sexually assaulting... 2 Feijóo urges to negotiate a new regional financing... 3 Sánchez unleashes the outrage of police and civil... 4 The judge rejects that the Catalan Generalitat is... 5 The UPV and Janssen create a training and research... 6 5% or 20%? Five minutes to understand the controversy... 7 The keys to the aid of 200 euros per month per child... 8 The symptoms of monkeypox that largely affects children... 9 [PHOTOS] In Israel, robotic hives to preserve bees 10 Salary, conciliation and a good work environment,... 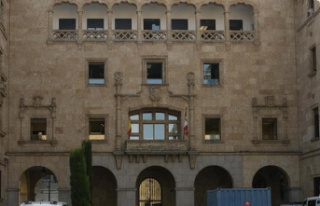