The old pro against the beast

PHOENIX, ARIZONA | For a few seconds, I felt like I was watching a Sergio Leone movie. 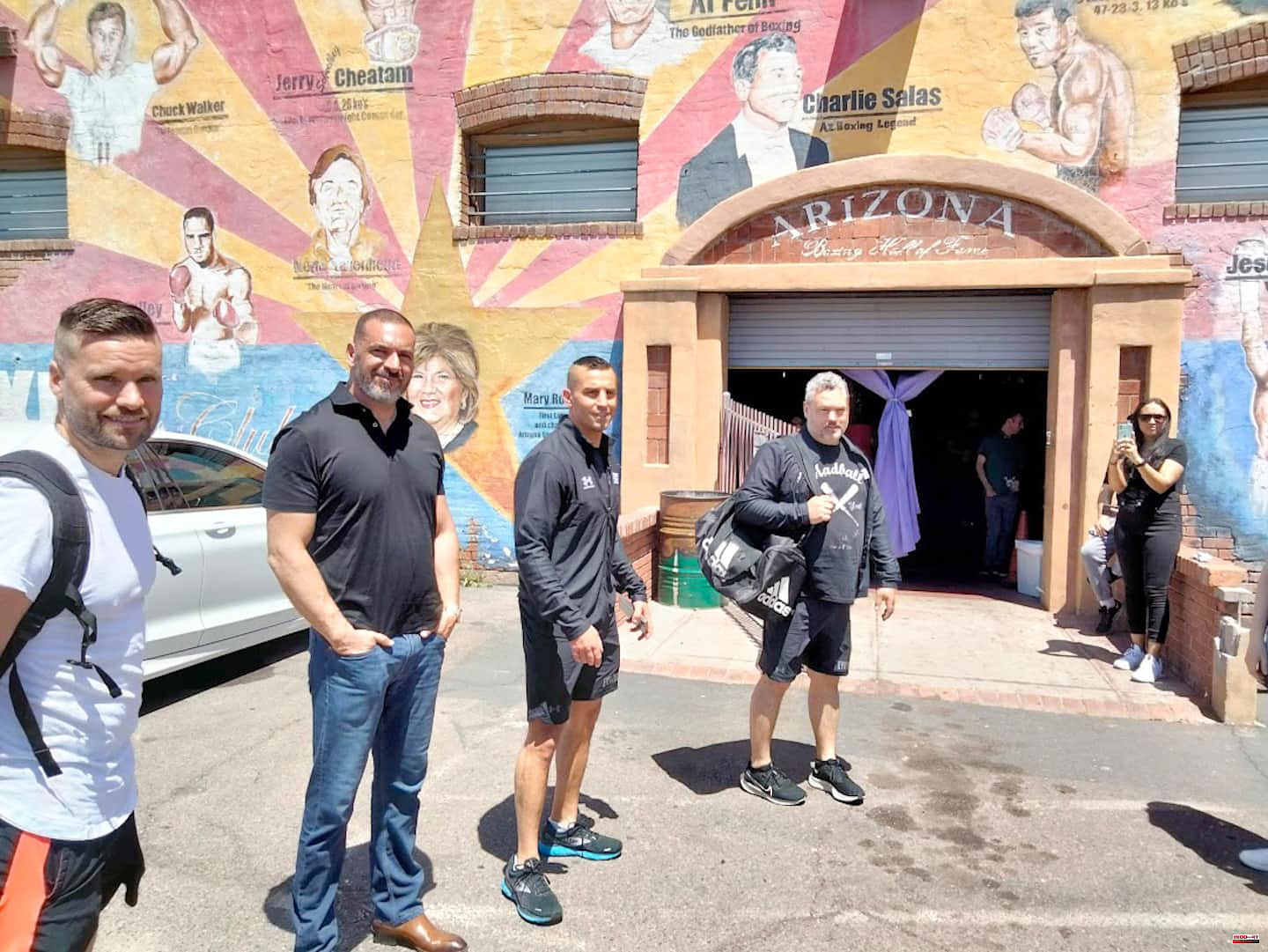 PHOENIX, ARIZONA | For a few seconds, I felt like I was watching a Sergio Leone movie. When the cowboys walk slowly towards the place of the duel. Just missing the languid music to accompany the warmth of Ennio Morricone.

We were in one of the huge corridors of the Phoenix airport. Disembarked from a long boring flight of more than five hours.

Camille Estephan, Marc Ramsay, Samuel Décarie and David Lemieux were pulling their small suitcase on their way to the car rental. Past midnight in Montreal. Nine hours in Arizona.

David Lemieux thrives in this commando atmosphere. Of mission. He remembers the atmosphere before his fights in Las Vegas, especially the one against Spike O'Sullivan. And from Verona when he knocked out Curtis Stevens in three rounds. And Madison Square Garden in New York filled to capacity for Gennady Golovkin.

Phoenix is ​​the first time. And there, while waiting for his luggage, he already let himself be won over by the energy of the city, the people, the fans and the professionals: "In any case, no one is going to say that I am a local boxer. I've been everywhere to compete against the best," he whispered.

The next day, yesterday, we arrived two minutes before the Lemieux clan. Marveled at the incredible wall covering the entire wall of Central Gym in Phoenix. Zora Foley, Jose Benavidez, the greatest champions passed by Arizona find themselves on the wall. He tells fabulous legends.

I was convinced to impress Marc Ramsay.

“I know this gym very well. I spent eight weeks there to prepare Jean Pascal before his fight against Carl Froch in England. If I remember correctly, it was David Benavidez's father who was the owner or manager of the gym, ”said Marc Ramsay quickly.

A real boxing gym. I would say the most impressive of any I have seen in over 40 years. Two rings, papered walls, a warmth that sets in despite the air conditioning and this Mexican presence that crushes everything else.

This is where David Benavidez started boxing, with his father, when he was three years old.

At 15, the teenager weighed 250 pounds. At 20 he was world champion, at 23 he was suspended for cocaine use, at 24 he was champion again, but jumped the weight at the next defense and at 25 found himself in front of David Lemieux to get his hands on his interim WBC belt.

“David Benavidez is a raw, natural, extraordinary talent. Sometimes he relies too much on his talent alone. This time, he prepared seriously,” explains Librado Andrade softly. He is the former opponent of Lucian Bute. He was seconds away from beating him in the twelfth and final round.

What is Andrade doing at Central Gym? PBC's Al Haymon sent him from Vancouver to keep a watchful eye on Benavidez and those around him. It's not said in the same way, but that's what it is.

THE OLD PRO AGAINST THE BEAST

David Lemieux is 33 years old. He's an old pro even though he's still young. He sees boxing as a great passion, but also as a valuable livelihood. It was by boxing that he paid for his houses: “And it is by boxing that I put food on the table for my children. Especially since there, I have a nice little third one, ”he said.

It's touching to see this ruthless warrior soften when he shows pictures of two-week-old Xander sleeping on his father's chest. Xander, it was to make sure the kids in the schoolyards wouldn't shorten his name: "We loved Alexander, but it would have ended up in Alex..." he smiled.

Lemieux sneaked into the gym and got down to business. As an old pro that he is.

Then, after he left, David Benavidez and his gang arrived. The sunglasses, the big smile, the WBC green belt on his coach's shoulder. Total show off. Must say that they are at home and that Benavidez grew up in this gym.

"Is it true that your father ran it?"

And that hasn't changed over the generations. Karina, his wife and Anthony, his two-year-old son, accompany the husband and the father. As in time.

And it reminded me of another fabulous gifted thug. When Billy Joe Saunders came to face David Lemieux in Laval, his son accompanied him. He even kicked Michel Hamelin in the leg. Commissioner Maigret of Quebec boxing had not smiled. Needless to say, he rarely smiled. And it was going smoothly.

Moreover, the Régie has not yet approved the formidable fights of the gala of June 23 at the Casino. It should be remembered that it is urgent even in Arizona.

Then, Benavidez got in the ring. Y is big, y is big. He is talented and he looks like a thug.

It is widely favored by bookmakers.

Let's say it was 40 degrees yesterday in the desert and it might be even hotter in the ring on Saturday night.

IN THE NOTEBOOK- My friends the great connoisseurs of Elvis Presley will forgive me. Saturday afternoon, I will miss the Expo Elvis at the St-Gilbert room at 5415, Jean Talon east. Damn boxing. And I warn my friend doc Sylvain Simard that I risk missing my fishing trip with his merry band in Saguenay on June 23rd. Again, damn boxing. And on the 19th, because of Beterbiev, I couldn't be at the François Dumontier Grand Prix. And on August 13, you have to be in Cali, Colombia for the Oscar Rivas fight. Cursed boxing, not even the time to grow old...

1 Camping Québec wants to keep a classification 2 Belle 3 New legal setback for a cement manufacturer linked... 4 Additional costs: watch the price of your plane tickets 5 A surprise from the tax authorities after a remortgage 6 Another VP leaves Investissement Québec 7 PGA Championship: Taste of 2022 with a hint of era 8 Russia assures that its military reaction to the accession... 9 The Cuban Foreign Minister assures that the exclusion... 10 The UN warns that the number of people suffering from... 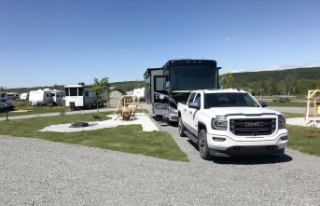