The outer port of Ferrol is the location chosen by Nervión Naval Offshore, of the Amper group, for the construction of a structure assembly plant for offshore wind power. 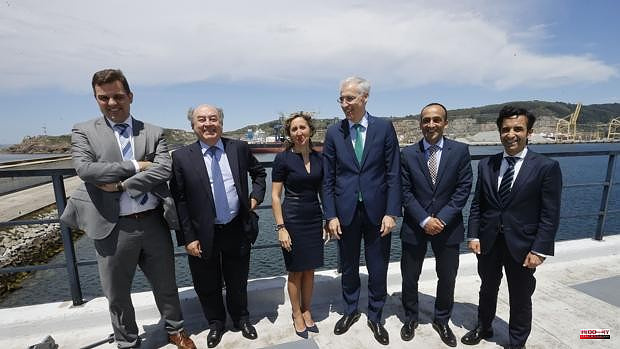 The outer port of Ferrol is the location chosen by Nervión Naval Offshore, of the Amper group, for the construction of a structure assembly plant for offshore wind power. With an investment of 24 million, it will occupy an area of ​​75,000 square meters in the Caneliñas facilities and is expected to create 100 jobs and maintain another 400. The figures were put on the table this morning by the first vice president and Minister of Economy , Industry and Innovation. Francisco Conde highlighted that the plant will allow consolidating the leadership of the region and of Galicia in this sector, during an act in Ferrol.

The vice president pointed out, according to the Xunta in a statement, that the Autonomous Administration will work together with the company and, if the project meets the regulatory requirements, will speed up its processing. During the first year it could reach a turnover of 95 million euros.

Conde stressed that the plant is going to have a significant impact, increasing the productive capacity of a driving industry for Galicia and for Spain as a whole, while contributing to reindustrialising the region. For this reason, he assured that "the project will have the full support of the Xunta, both through the different Igape financing instruments, as well as those offered by the Law on administrative simplification and support for the economic reactivation of Galicia".

The first vice president, who thanked the Amper group for having prioritized the location in Ferrol over any other option outside the Community, as well as the collaboration of the Ferrol Port Authority, pointed out that "Galicia conveys confidence when it comes to attracting investment and new industrial projects towards Community». According to Conde, the project that was presented today highlights the strategic nature of the outer port of Ferrol, which will position itself as one of the nerve centers of the sector worldwide; as well as the know-how that the region has in the offshore wind sector. The vice president pointed out the need for collaboration to promote the economic reactivation of Ferrolterra, for which he once again demanded that the Government join the State Pact for Ferrol promoted by the Xunta, and that the aid from the Perte del Naval contribute to becoming the region in an offshore wind pole in Spain.

1 What is 'Plastitar', the marine pollution... 2 Kleta promotes sustainable mobility in Barcelona 3 How much money does the winner of Roland Garros 2022... 4 Why is the Roland Garros trophy called the 'Musketeers... 5 The Tour of Mallorca A3 begins 6 When does the Shein 'pop up' store in Madrid... 7 Silvia's family, in a coma after a cosmetic operation:... 8 Round trip ocean races for the IMOCA and Ultim 32/23 9 Nadal: "I'd rather lose the final for a... 10 The J Class will star in the Super Yacht Cup that... 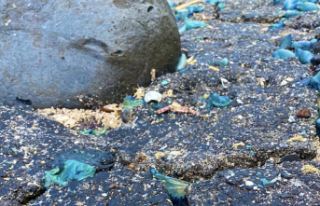 What is 'Plastitar', the marine pollution...