The State Agency Official State Gazette, as a lender entity, has donated the Royal Charter of Alfonso X, which has been bound ad hoc for its contemplation in the exhibition “Alfonso X el Sabio. 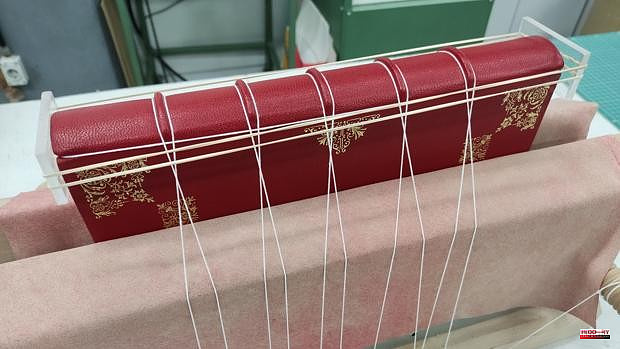 The State Agency Official State Gazette, as a lender entity, has donated the Royal Charter of Alfonso X, which has been bound ad hoc for its contemplation in the exhibition “Alfonso X el Sabio. The Legacy of a Precursor King” that is exhibited at the Museum of Santa Cruz de Toledo, which they visited last Friday, as well as the town hall, where its directors and technicians were received on Friday by the Councilor for Culture, Teo García.

This is an edition published by the Royal Academy of History (1836) from codex 2-II-8 of the Library of the Royal Monastery of San Lorenzo de El Escorial.

The facsimile was published by the Official State Gazette in 2018 and the printing and binding have been carried out at the National Press for this great exhibition framed within the commemorative events organized by the City Council on the occasion of the VIII Centenary of the birth of the Toledan monarch .

The Fuero has been skimmed and sewn on a loom with five cords, it has heads embroidered with two-color silk thread and it has a classic binding with five ribs in full red goatskin and an embedded cover and steering wheel in green goat. In addition, the covers and endpapers have been decorated, the latter with the institutional image of the VIII Centenary, with gilding on the steering wheel and wheels by hand, as well as the lettering and decoration of the spine with compounder, palettes and irons.

The donation also includes the case that keeps the Fuero Real of Alfonso X with a matching box in red and green goatskin, gold and hand lettering and logo of the exhibition on the wheel, and interior guards in green leather and red suede for book protection.

From the Consistory of Toledo they are grateful for this significant donation from the State Agency of the Official State Gazette directed by Manuel Tuero, which has been done in such a careful and reliable way to enlarge the exhibition on Alfonso X and which is part of the nearly 180 archaeological pieces , documents, codices, paintings and models that compose it.

This copy will become part of the legacy that this king left in the city where he was born and of the documentary collections that the city's Municipal Archives hold.

On behalf of the Agency and its director, Manuel Tuero Secades, the delegation was made up of a broad representation of the Departments directly involved in the development of the exhibited work.

1 Nuria Vilanova: "Despite the uncertainty, there... 2 In a week of full green, the Ibex gains 5.3% 3 Before Ayuso's victory, the PP barons surrendered... 4 A white coat can help you avoid the 'green'... 5 Nestor Sanmiguel, industrial tailoring to Reina Sofia... 6 Fundacion MAPFRE presents two exhibitions: 'Perez... 7 Lim gives up Murthy at Valencia's head 8 Alcaraz, quarters of Roland Garros sans frights 9 This year, the pensions for new retirees have been... 10 To avoid rebounding of the Euribor, the mortgage company... 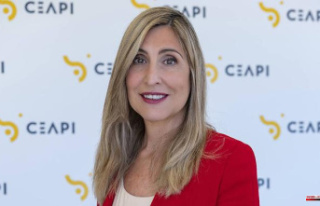 Nuria Vilanova: "Despite the uncertainty, there...