The nine Spartans of Albacete Basket

Now nobody remembers because the Spanish basketball team won the 2006 World Cup in Japan, but against Argentina, in the last seconds of the semifinal, Andrés Nocioni shot alone from the corner, his three-pointer tripped on the hoop and did not enter. 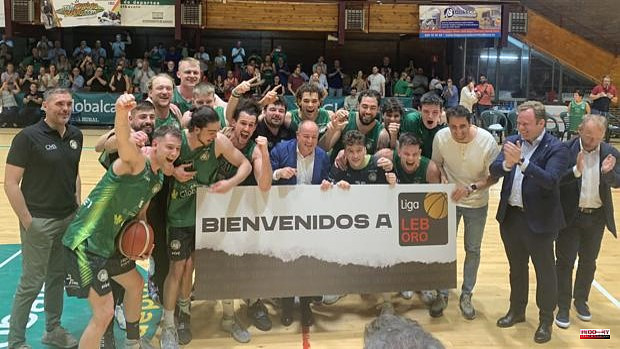 Now nobody remembers because the Spanish basketball team won the 2006 World Cup in Japan, but against Argentina, in the last seconds of the semifinal, Andrés Nocioni shot alone from the corner, his three-pointer tripped on the hoop and did not enter. Although it is not fair, there are times when the success or failure of a project depends on the failure of the opponent in a basket.

The Bueno Arenas Albacete Basket has just been promoted to LEB Oro, the second category of national basketball, the greatest achievement in its history, which has been full of epic and suspense. Throughout the season, the Manchegos had faced Valencia BC's subsidiary four times and had lost all four games.

And within seconds of the fifth and most important horn sounding, they also lost.

However, Gerard Blat dressed up as a hero when he scored the shot that sent the game into extra time, in which the Park pavilion played a decisive role and boosted his team. «The rival missed the previous attack, there were about 13 seconds left and there was nothing prepared. I saw the hole to enter the ring and I didn't even think about it, it was instinct”, declares the Catalan point guard, who completed a spectacular performance with 14 points, five rebounds and three assists.

The promotion has been achieved thanks to a very risky bet, with a very short and very young squad, of only nine players and among whom the oldest is 26 years old: Gerard Blat, Jorge Mejías, David Knudsen, Víctor Moreno, Víctor Ruiz, Will Moreton, John Carroll, Oliver Bieshaar, and Juan José Santana.

Nine Spartans recruited by the coach, David Varela, who defends his idea: «It was about having the maximum number of players involved and that each day the one who was most successful stood out. We have been lucky, there have been no serious injuries and they have almost always been one hundred percent. Even so, we have played up to eight games with seven players due to covid issues and we have never complained.

«We have received the best of the awards and that is something that will remain forever in our memory. We have achieved it with work, with sacrifice and with balls, "says Santana, a 2.05-meter center born in Talavera de la Reina who scored 16 points and grabbed 15 rebounds in the final match against Valencia.

The green and black club has ten years of experience and was created as a result of the union of several teams from Albacete, beginning to compete in the EBA League. Valera admits that going up this year was not, in principle, the goal. Despite this, the court puts everyone in their place and the La Mancha never linked two defeats in a row. They were first in their league and played for direct promotion against Grupo Alega Cantabria, from Torrelavega. "We came out nervous, we had no success and they physically ran over us," admits Santana.

Far from being discouraged, they rejoined the playoff, overcame the tie against Melilla Sport Capital Enrique Soler and thus had the aforementioned second chance against Valencia. And next year there will be a derby against Almansa with Afanion in the LEB Oro, where two teams from Castilla-La Mancha will meet for the first time.

1 The city council approves the creation of the first... 2 Alcalá de Henares reforms the Renfe station, which... 3 Pride Madrid 2022: The massive march returns with... 4 The Canal Theaters present their season for 'omnivores' 5 Spanish trainers, the fashion school 6 Cristiano moves away from the spotlights 7 Almadraba bluefin tuna: how to distinguish, cut and... 8 Immigration and gender: a double discrimination 9 Record Reviews of the Week: Moby, Malamute, Liam Gallagher... 10 Texas police: Texas teacher propped-opening door before... 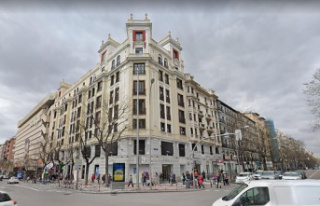 The city council approves the creation of the first...