The new Toledo POM contemplates up to 18,000 homes on developable land and 4,000 in urban areas

More homes and more jobs is the philosophy of the new Municipal Planning Plan (POM) that the mayor of Toledo, Milagros Tolón, presented this Thursday in order to design a city project “in the short and medium term”. 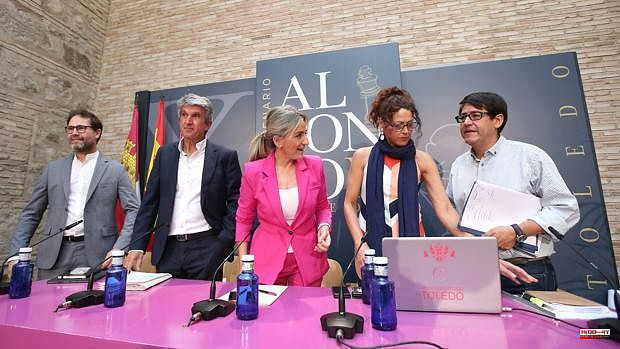 More homes and more jobs is the philosophy of the new Municipal Planning Plan (POM) that the mayor of Toledo, Milagros Tolón, presented this Thursday in order to design a city project “in the short and medium term”. The proposal of the socialist government team, which from now on it will submit to the opinion of all kinds of groups and individuals, contemplates the possible construction of between 12,000 and 18,000 homes on developable land -where there is nothing-, as well as another 4,000 in current urban land. Here we must contemplate the regeneration of the neighborhoods of Palomarejos and Santa Bárbara. In the first, taking advantage of the spaces occupied by the Civil Guard barracks and the old hospital. The goal is for Toledo to exceed 100,000 inhabitants.

In addition, it provides for the provision of 3.6 million square meters of industrial land to create employment, a basic and fundamental pillar for growth. In this aspect, the extension of the commercial center of the Abadía commercial park is contemplated. Likewise, the mayor has assured that this POM, which would replace the 2007 one, does not contemplate the construction of any housing in Vega Baja.

The Tagus River as the backbone is another of the lines of the new POM, in order to "restore the link between the river and Toledo". With regard to the Old Quarter, a balance will be sought between residential and tourist use, in order to contain the pressure of the latter aspect and thus encourage the arrival of more young people, while promoting trade

An important chapter is also that of infrastructures. Tolón has mentioned the new AVE station as well as another for goods, the connection of the southern access by the A-42 to the new hospital, the reinforcement of the Albarreal road on the CM-40, the Valparaíso-Buenavista connection, a new bridge over the river in the western area of ​​the La Puebla highway and, above all, another bridge that would connect the neighborhoods of Azucaica and El Polígono. In this last neighborhood, the mayor has highlighted that the project of the third lane on the TO-22 of the Polígono is already in the ministry and in the coming months it could begin to be executed.

At a press conference, the first mayor pointed out that a participation process is now open for citizens, associations, organizations and entities to make their contributions until December and the website pomtoledo.es is launched, which will be a window to consult the details of this city project with a horizon 15 or 20 years ahead.

The forecast is that the final document will be ready approximately in January 2023 and the mayor has trusted that, after the meeting to present the project that took place this Thursday, they will be able to reach an agreement with the political groups of the city .

Likewise, he has admitted that with the municipal elections one year away, the process of this POM may be affected, although he trusts that partisan interests will not influence its development.

1 Vitartis is committed to projecting the agri-food... 2 Escalona will return to the Middle Ages from June... 3 The PSOE requests the disapproval of the Cortes to... 4 The Mossos denounce the inaction of the Interior in... 5 Caxton College stimulates art in its classrooms with... 6 The Generalitat tightens the protocols to ensure that... 7 Castilla-La Mancha is equipped with an "ambitious"... 8 The 'beaches' of Madrid Río are operational... 9 Eurocaja Rural and Toledo taxi drivers renew their... 10 The mayor of Alicante guarantees that the mascletás... 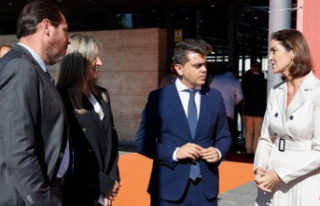 Vitartis is committed to projecting the agri-food...