Even people who deal less or not at all with notebooks have so far been able to recognize Apple's Macbook Air at first glance. 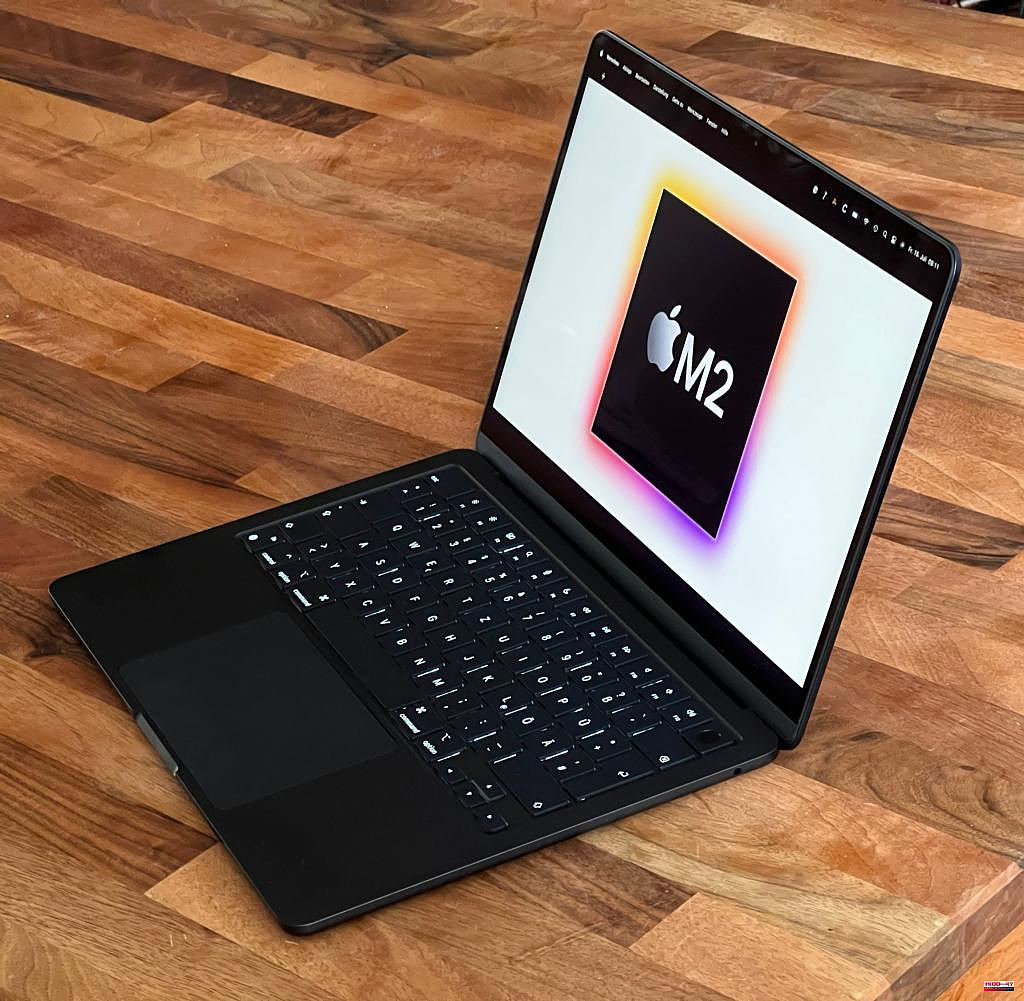 Even people who deal less or not at all with notebooks have so far been able to recognize Apple's Macbook Air at first glance. The wedge-shaped case, which is less than half a centimeter at its thinnest point, has been a design icon since its premiere in 2008.

Even the presentation by Steve Jobs was legendary. The Apple co-founder nonchalantly pulled the ultraportable laptop out of an envelope on stage. But almost a decade and a half ago, lightness was bought with painful compromises: no DVD drive, no socket for an Ethernet cable and only space for a USB connector.

With the new Macbook Air M2*, Apple is now saying goodbye to the wedge design and putting the latest technology in a super slim and flat aluminum housing - and no longer has to make any compromises. Apple has adopted design elements from the new Macbook Pro models: with rounded edges and a recess for the webcam.

The device is 11.3 millimeters thick and weighs 1.24 kilograms. That's only 50 grams less than the wedge-shaped previous model with M1 chip. In the practical test, however, the M2 proved to be much better balanced and easier to hold on the lap.

The new Macbook Air is available in four colors: in addition to the usual shades of gray and silver, there is now also a light gold tone ("Northern Star") and a dark blue ("Midnight").

While the original from 2008 skimped on external connections, the Macbook Air now has all the essential sockets: on the right side one for the headphone jack, on the left side two USB-C connections (Thunderbolt, USB 4) .

Apple is also correcting a wrong decision from 2017 with the Magsafe charging socket. At that time, Apple design boss Jony Ive quickly abolished the popular magnetic connection on the Macbook Air.

Now users can once again rely on the MacBook charging connector to disconnect if people or pets accidentally tug on the cable. There are several options – and unfortunately Apple has made the selection unnecessarily complicated.

The basic variant comes with a comparatively weak 30-watt power supply. For an additional charge of 20 euros, you can either get a charger (35 watts) that has two charging sockets, so that you can also charge an iPhone or iPad at the same time.

Or you can get a 67-watt power adapter with a quick charge function. Although it only has one socket, it can charge an empty battery to 50 percent in 28 minutes. The surcharge of 20 euros does not apply to the better model variants of the M2.

However, the quick-charging power supply is recommended. If you also want to charge an iPhone or iPad on the go, you can connect these devices directly to the Macbook Air - and here too you benefit from the faster charging times of the fast charger.

The Macbook Air M2's display measures 13.6 inches diagonally, compared to 13.3 inches on the M1 variant because the frame has become slightly slimmer. However, a black indentation (notch) appears at the upper edge of the display, in which the camera and a brightness sensor are located. But after a few hours, you no longer notice it.

Compared to the M1, however, you immediately notice the improved brightness of the display on the M2, which makes working outdoors easier. At the top, 500 nits are achieved instead of 400 nits with the M1.

In contrast to the new Macbook Pro model, however, the M2 does not offer HDR and no dynamic image repetition with up to 120 Hz ("ProMotion"). That's the difference between a very good screen and an excellent one.

The webcam upgrade was overdue. The camera now offers 1080p resolution, replacing the M1's 720p camera. The picture is sharper and more natural. However, the colors still appear a bit washed out.

The improved integrated audio system of the Macbook Air M2 not only ensures good sound in video conferences, but can also reproduce the sound in suitable applications such as the TV app as 3D spatial sound (spatial audio and Dolby Atmos). It doesn't sound as lush as Airpods Max-style headphones, but the four speakers sound very good for a laptop.

The second generation of Apple's main chips is now at work on the circuit board inside the Macbook Air M2. The difference to the predecessor architecture from Intel is enormous. Video editing runs up to 15 times faster on an M2 device than on a Macbook Air with an Intel chip.

The difference to the M1 is then much smaller. The basic model of the Macbook Air M2 is now equipped with eight graphics cores, the more expensive models have ten such cores.

In practice, this means that you can not only have 50 or more tabs open in your browser without having to accept a loss in performance. The M2 is also able to smoothly handle hours of 4K video.

With a constant load, such as exporting a complex 8K project to Final Cut, you can bring the MacBook Air M2 to its knees a bit. Since the device manages without a fan, the system throttles the performance down sharply if necessary to prevent overheating.

Conclusion: With the Macbook Air M2, Apple has brought an extremely successful laptop onto the market. The design looks fresh, you don't miss any more connections. The screen and the sound are convincing. And a battery life of around twelve hours is enough for even the longest mobile working day.

You only start pondering when you look at the price list. The simplest model with 8 gigabytes (GB) of RAM and 256 GB of SSD storage starts at just under 1500 euros (seen at Amazon*). The model from our test with twice the SSD memory tears a hole of almost 1730 euros in the till for buyers. Fully equipped with 24 GB of RAM, ten graphics cores and a 2 terabyte (2048 GB) large SSD drive, it even costs almost 3000 euros.

In order to also appeal to buyers with a smaller budget, Apple has left the previous model with the M1 chip in its range. This is available from almost 1200 euros upwards. For many users this will be completely sufficient, because with the M1 model one benefits from the basic advantages of the Apple chips.

However, the screen of the M2 and the webcam are noticeably better. In addition, the M2 again has two USB ports with Thunderbolt and the Magsafe connection.

*This text contains affiliate links. This means: If you make a purchase using the links marked with an asterisk, WELT will receive a small commission. This does not affect the reporting. You can find our standards of transparency and journalistic independence at axelspringer.de/independence.

1 Prime Day 2022 – These offers are still available 2 "The warmer, the more interesting for the insects" 3 “Actually, everyone can easily recognize the tumor... 4 Calais Campbell eyes another unusual post-NFL career... 5 Andrei Skoch is a deputy, philanthropist and public... 6 Benefits of hiring a moving company 7 Why Should You Hire a Lawyer for Title IX Defense? 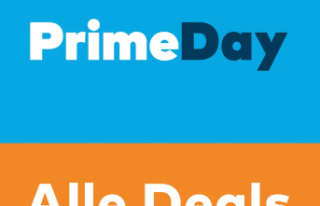