The new Hotel Marina Badalona opens its doors to the public

This Thursday the opening ceremony of the new Hotel Marina Badalona of the Sallés Hotels group, located on Eduard Maristany Avenue, next to the city's port, took place. 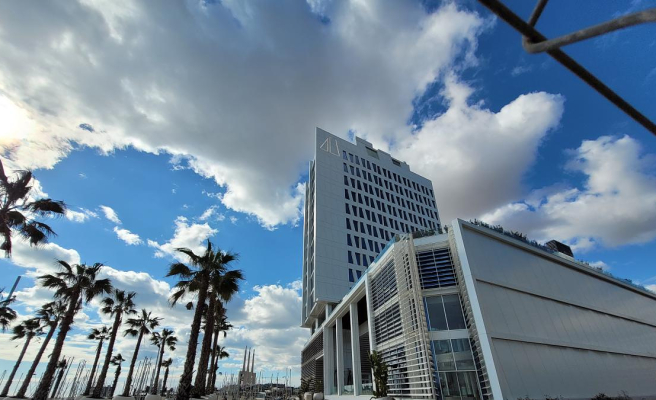 This Thursday the opening ceremony of the new Hotel Marina Badalona of the Sallés Hotels group, located on Eduard Maristany Avenue, next to the city's port, took place. The hotel establishment has a four-star category and has 181 rooms distributed over its 14 floors. It also offers three dining options, five spaces of various sizes for business meetings or celebrations, a thermal area and several terraces, including the one located in the highest part with 360-degree views of the coast and the city.

The new hotel wants to be a new reference for tourism in Badalona and aims to offer visitors, in addition to views of the port, the coast and the city, experiences related to local culture such as visits to spaces such as the Museum or nautical activities in the port. Inside, with a contemporary character, white and wooden details predominate, taking as inspiration the Mediterranean and the different nautical elements. In its relationship with the closest environment, it should be noted that the exterior square that connects the promenade with the port of Badalona has already been opened to the public, a new unique space in which the rows of palm trees stand out.

On the other hand, the property of the hotel and the City Council signed an agreement that has allowed a part of the contracted personnel to be from the city and that, in its future incorporations, the company has at its disposal the job bank of the Municipal Promotion Institute of Employment (IMPO) to select the people who fit the job vacancies.

Mayor Rubén Guijarro thanked the Sallès family for their commitment to this project in the city and highlighted that: "With this hotel, Badalona has a new benchmark for tourism, economic promotion and job creation, as well as a magnificent point of attraction from which to show visitors who come, from near or far, our coastline”. The mayor has remarked that: "when we talk about Badalona, ​​which wants to be a benchmark for a city open to the sea, that is singular, unstoppable, optimistic and that looks forward to its future, we can put as an example initiatives and projects such as this hotel that just His journey begins today."

For her part, the Executive Director of the Sallés Hotels group, Yolanda Sallés, stated: “After a long time working to open this new establishment, it is finally a reality. A reality born in a global scenario of crisis and resurgence, and at a time of profound social, cultural and technological transformation. This is the ideal time to give a new approach to the way of understanding hotels and staying in them. We have this exceptional location that is the Badalona Marina and that opening to the sea that the population of Badalona enjoys. We want the Marina Badalona hotel to be a faithful representative of the values ​​of life in the Mediterranean and on the Barcelona Coast, the dynamism of the marina and modernizing traditions”.

1 Russia cuts gas supply to Europe through Poland 2 The Port of Barcelona will develop an innovation hub 3 Zelensky meets with the leader of the US Republican... 4 Brussels ends the public aid framework applied during... 5 Unions ask for a salary increase of 8% in three years... 6 Consum increases its sales by 1.6% to 3,378 million... 7 Airef criticizes the government for not having a strategy... 8 Only 1.22% of those who live for rent will end up... 9 Ana Botín meets with her Catalan advisory council 10 Fuels reach a new record without taking into account... 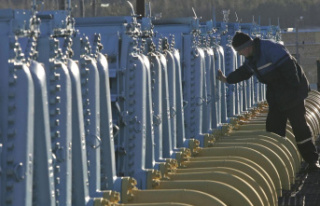