The seizure in November 2019 in the Ría de Aldán (Pontevedra) of Europe's first 'narco-submarine' -in reality, a semi-submersible- was a "reality slap". 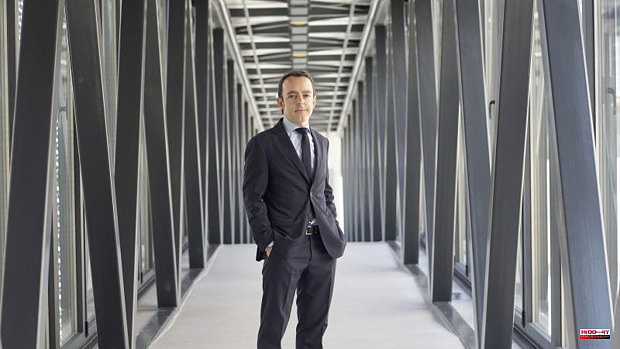 The seizure in November 2019 in the Ría de Aldán (Pontevedra) of Europe's first 'narco-submarine' -in reality, a semi-submersible- was a "reality slap". Investigators had seen cocaine being introduced along the coast in every conceivable way: in fishing boats, sailboats, merchant ships, camouflaged in containers. And, of course, in 'narcolanchas', of which many of the Galician smugglers -the historical capos, but also the contemporary ones- are proven pilots.

The semi-submersible was a wake-up call, explains Pablo Varela, the anti-drug prosecutor of the province of Pontevedra, to ABC. But "it should not be less" the discovery, last April, of an illegal shipyard hidden under the floor of a warehouse in an industrial estate in Vilanova de Arousa (Pontevedra) with an unparalleled level of sophistication for the manufacture of ' narcolachas'.

The very design of the ship allowed the concrete floor to be lifted -with a crane- to manufacture and hide the boats underground, and even to be able to carry out buoyancy tests right there. "The specialization and productive efficiency of these organizations is superlative," explains Varela to this newspaper. And if a shipyard with this level of technological development has been discovered, it would be logical that there would be more.

Galician speedboats, of "proven reliability", are exported for use in the Strait, for example, but also on transoceanic routes. Varela does not dare to venture the exact weight of the Galician clandestine shipyards with respect to the total of Spain. Of course, "they would occupy a relevant position on the podium, both for their specialization and for the percentage of boats produced."

Its demand by organizations from other latitudes is very high, especially for hashish and cocaine trafficking. The boats are bought and produced on a large scale. The technique of these organizations is to acquire "the more the better." Thus, they do not care if one of them is seized.

The price of these leading boats, which mount four or five 250 or 300 horsepower engines, would not fall below 300,000 euros in the market. And the manufacture of them, whose assembly is completed in different locations, is a business in itself. Luckily, since 2018 researchers have had a new legal tool against these vessels: the simple prohibition of them. And it is that, as Varela explains, “if one is making a guillotine, he knows what the guillotine is for. If one is making a boat of this type, he cannot say that he does not know what it is for: they are only good for one thing».

Another issue of concern: how Galician traffickers work as "seasoned pilots" of this type of boat, on transoceanic crossings and in the Strait. Sometimes, providing a kind of "combined services" to certain criminal organizations; others, as freelance agents for specific missions. The leading manufacture of narco-boats and the competent Galician pilotage are "two phenomena that are closely linked." In fact, in the latest operations, those responsible for the production and distribution of the drug, as well as for the piloting and construction of the boats, have been arrested. “Sometimes, they are from the same group.”

Galician drug traffickers are now more discreet. Gone is the pornographic ostentation of the historical bosses. "They have verified that this did not benefit them at all," reflects Varela, who has been in charge of the Pontevedra Anti-Drug Prosecutor's Office for five years, which continues to be the 'ground zero' of drug trafficking in the region.

However, as confirmed by the sophistication and rise of illegal shipyards, traffickers now have a greater "capacity for specialization and adaptability" to the specific needs of each operation. They are capable of developing different operations at the same time, combining services and collaborating with several organizations at the same time. "They have been atomized, they have a much greater operational capacity and, therefore, they pose a multiplied danger." Now, the traffickers, the Galicians and the rest, are very "interconnected" with each other, operating in a network and with technological means that make investigations difficult.

Is the situation in Galicia, therefore, worse than three decades ago? "I don't know if we are worse off, what is clear is that to be better we need to increase personal and material resources and new procedural formulas for instruction," reflects the Anti-Drug Prosecutor from Pontevedra.

Ending drug trafficking is unfeasible, but it is about "containing, limiting and preventing the multiplication of the activity of these organizations, and that they do not have the social impact that they could have in the 80s." And, for this, there are no "magic solutions", but yes, Pablo Varela believes, certain dynamics should be changed in the fight against drug trafficking. It is essential, and it is being done more and more, for the police and justice systems of the countries involved to work in coordination. But other inertia could also be improved: stop focusing only "on the seizure of shipments" and, without giving it up, look for formulas to "lift the veil of the financial structures" and assets of the organizations.

“We must think about whether, after containing its oversizing, we have been able to achieve its capital gains. The answer is no". With a more agile instruction, their assets would be more easily neutralized.

The awareness of Galician society was key to the fight against drug trafficking. That certain social prestige that the bosses of yesteryear enjoyed has disappeared, but the Anti-Drug Prosecutor of Pontevedra considers that there is still a long way to go: «Sometimes the importance or transcendence of these organizations is trivialized, and that is where there may be a pending task ».

In terms of substance use, of course, but the pernicious effects of organized crime are not only socio-sanitary, but also socio-economic. They affect us all. The unfair competition of their businesses, for example. «If you buy a bar, a tray, a flat in certain towns, and they have unattainable prices, it's for a reason. Because someone has come to buy the bar, the tray, the flat, thanks to the illicit profits from drug trafficking.”

1 Technical tie between Macron and Mélenchon with an... 2 These are the new tobacco prices in Spain published... 3 The weather and the heat wave in Valencia: temperature... 4 A 34-year-old driver dies after going off the road... 5 Russia has entered during the war 93,000 million euros... 6 The judicial situation of Mónica Oltra compromises... 7 The Prosecutor's Office requests the file of... 8 Ciudadanos Galicia: irrelevant party leaves ghost... 9 Notes of the PAU 2022 in Valencia: where they can... 10 Tenerife mobilizes against "more cement"... 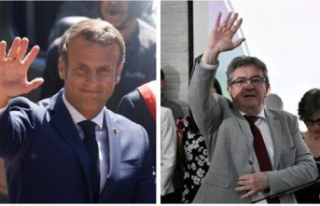 Technical tie between Macron and Mélenchon with an...