Civic Platform for Independence, an association that brings together more than a hundred jurists and other professionals from civil society in defense of the rule of law and judicial independence, has brought to the European Parliament the new reform with which it is intended to return The General Council of the Judiciary has the power to appoint only the two magistrates that it is responsible for electing to the Constitutional Court. 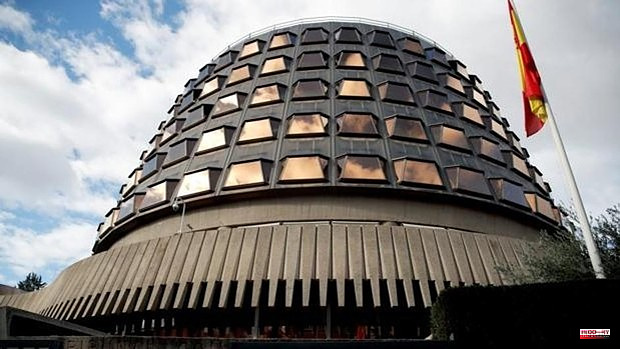 Civic Platform for Independence, an association that brings together more than a hundred jurists and other professionals from civil society in defense of the rule of law and judicial independence, has brought to the European Parliament the new reform with which it is intended to return The General Council of the Judiciary has the power to appoint only the two magistrates that it is responsible for electing to the Constitutional Court. In his opinion, the new bill, in which the Government corrects itself, constitutes an attack on the separation of powers by seeking government control of the highest interpreter of the Constitution, one more movement of "submission of justice to politics with absolute disregard for the basic principles of the rule of law and the regulations of the European institutions«.

In a letter presented to the Committee on Petitions of the European Parliament, in which they expand on their complaint from March of last year regarding this "interference" in the judiciary, Civic Platform for Independence urges the adoption of as many measures as it deems appropriate , including going to the European Commission, the Council of Europe, the Venice Commission or the Spanish Parliament, to prevent this new attack from being consumed.

«We are facing an 'ad hoc' legislative reform that is exclusively due to a political interest of the Government so that there is a similar majority in the Constitutional Court for several years (at least, until the next renewal in three years) that can fully validate the constitutionality of the norms approved by the Government and validated by the General Courts in which the Executive has a majority or approved directly by them thanks to the majority that the Government achieves“, indicates the text. In order to carry out the renewal of the four magistrates of the TC whose election corresponds to the Executive (two) and the CGPJ (two), it is necessary that the governing body of the judges be able to carry out their appointments, which the approved law last year prevented him.

As happened with that reform, recalls the platform of jurists, this is also processed as a law proposal of the parliamentary group that supports the Government instead of as a bill, which would imply completing a more laborious process: drafting a draft , submission to public consultation and hearing and public information, preparation of a regulatory impact report and gathering reports from other bodies, such as the Council of State or the CGPJ itself.

«It is intended to be processed by the urgent procedure and approved in just one month, extraordinarily reducing the usual parliamentary deadlines and omitting the mandatory process of prior hearing that must be granted to all the sectors involved (...), a requirement established by the European institutions «, he points. Beyond the fact that the appointment of the twelve members of the Constitutional Court "does not meet the required European standards in terms of independence (because their appointment is made 4 by Congress, 4 by the Senate, 2 by the Government and 2 by the CGPJ, whose 20 members are formally elected by the Cortes but, in fact, are by the Government and the main opposition party), it must be taken into account that according to the law that regulates the TC, it, as the supreme interpreter of the Constitution , is independent of the other constitutional bodies.

In the opinion of Civic Platform, "the intended objective is clear": to control the appointments of high judicial positions by the CGPJ and of the members of the Constitutional Court and avoid controls on the Government's actions (or that these are only apparent) and, therefore, therefore, that the Executive has a greater margin of action and can act without hardly any limits.

«In Spain we are witnessing an intense attack on the current institutional system with absolute disregard for basic principles such as the separation of powers, with maximum attempts to politically influence the appointment of members of the Constitutional Court and members of the CGPJ or, as approved by Organic Law 4/2021 of March 29, to limit the functions of the CGPJ when it has an extended mandate, preventing appointments of senior judicial positions, which seems to be what most interested those who approved said reform, since The truth is that, beyond the appointment of the members of the CGPJ, what is interesting is to be able to control the appointment of said discretionary positions: magistrates who decide on procedures against qualified officials such as senior government officials, deputies and senators, on procedures against administrations“, indicates the text.

It also recalls that on a day-to-day basis the limitation of functions that was approved last year is preventing vacancies in the Supreme Court, Superior Courts of Justice and Provincial Courts from being filled, leading to Chambers and Courts being overwhelmed and collapsed as they do not have vacancies. covered and not being able to take on existing work, leading to further delay in resolving issues.

Civic Platform considers it paradoxical that these express reforms of the Organic Law of the Judiciary are undertaken to limit the powers of the CGPJ with an extended mandate and so that it can appoint two magistrates of the Constitutional Court, and instead do not proceed to reform it law to modify the election system of the twelve members of judicial origin so that they are appointed by their own career. “It is very serious, because all this supposes a real assault on the independence of the Judiciary and the Constitutional Court and on the separation of powers, basic pillars of a Rule of Law, one of the values ​​on which the European Union is based and which they must comply with. its Member States, according to Articles 2 and 7 of the Treaty of the European Union (TEU)».

The platform asks the European Commission to carry out a preliminary investigation into the above and report whether the new legislative reform planned to allow the appointment of members of the Constitutional Court by the CGPJ in office, so that the Government can do so in turn, respects or infringes, in terms of its content and/or its processing, European regulations; that the petition be referred to other committees of Parliament (such as Legal Affairs and Civil Liberties, Justice and Home Affairs) for their information and for them to initiate further action as part of their legislative activities.

It also requests that the European Parliament be urged to request reports from the Venice Commission, the Group of States against Corruption of the Council of Europe (GRECO) on said legislative reform and to warn the Spanish Parliament that, prior to the approval of any reforms that affect the CGPJ and/or the judicial system, its plant, operation or procedure, give a hearing to the Spanish CGPJ and to all the agents affected by the respective reform (associations of judges and prosecutors and other representative entities and public institutions in the field of Justice). It also requests that, prior to the opening of an infringement procedure against Spain for violation of community regulations, alert mechanisms be activated to verify the violation and the existing risks.

Meanwhile, judicial associations continue to react to the reform that aims to only partially unlock the CGPJ's power to make appointments. If this partisan use of the law has already been criticized from the governing body of the judges and the main judicial associations, this Monday the Independent Judicial Forum maintains that this maneuver "deteriorates" the image of the Constitutional Court "and" despises "the CGPJ ( by returning only the ability to make the appointments that the Government is interested in) and "exciting" the TS, which is working with 20 percent of its vacancies.

This association reminds that this Government movement, which takes place just one week after the visit of the Vice President of the European Commission to Spain, means that whoever wins the elections in Spain, wins the right to politically intervene in the judiciary through control of the CGPJ, the State Attorney General's Office and the Constitutional Court.

It also maintains that this express reform shows that "if there was a real will, the LOPJ could be reformed in a relatively short period of time, to modify the system for electing members of the CGPJ". "Once again, FJI calls on the rest of the judicial associations not to collaborate in any way in a process of renewal of the CGPJ that does not comply with European regulations on the separation of powers," he says.

1 Mazón regrets that Puig "is very far from the... 2 The tow truck will remove vehicles parked in security... 3 Colau, relegated: The PSC will fight with ERC for... 4 The Ferrant Universe stays in the permanent Patio... 5 The Government rescues Celsa with 550 million, but... 6 Brussels endorses the disbursement to Spain of the... 7 Escrivá's latest offer for the 'in extremis'... 8 Lucia, Marta and María Pombo: three brides with very... 9 Antonio Banderas and Andrew Lloyd Webber become Friends... 10 These are the roads and streets cut off in Madrid... 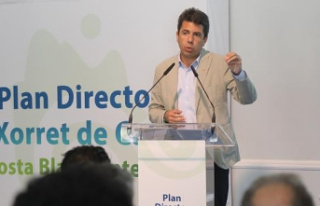 Mazón regrets that Puig "is very far from the...