The general secretary of the UGT, Pepe Álvarez, has recommended the vice president of the Junta de Castilla y León, Juan García-Gallardo (Vox) to go to "confess". 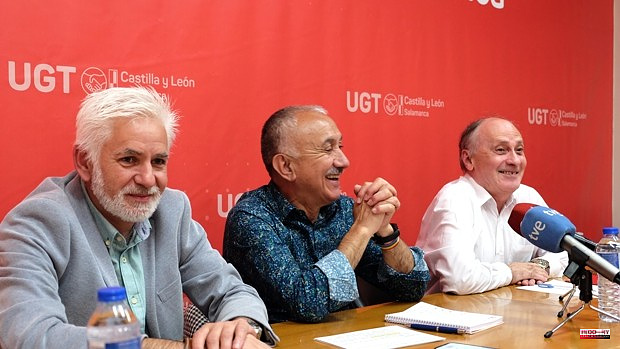 The general secretary of the UGT, Pepe Álvarez, has recommended the vice president of the Junta de Castilla y León, Juan García-Gallardo (Vox) to go to "confess". "The short time breaks through and reveals" that García-Gallardo is a "liar" in his statements about the subsidies received by trade unions and employers' organizations.

“He is a liar when he says that unions and businessmen have a subsidy of 20 million euros,” Pepe Álvarez pointed out at a union event held in Salamanca, where he encouraged the leader of the Santiago Abascal formation to “confess, repent and ask for forgiveness.

«As it has also been seen that he has certain Catholic tendencies, especially in relation to these last expressions of telling us when we can make love and when not

we can make love, and for what purpose we have to do it, well, also tell him to go to confession«, he added before remarking that the subsidies they receive are »almost 20 times less« than those he has assured they receive.

Finally, the general secretary of the UGT has stressed that it is "a shame that Vox feels in the Government of Castilla y León", since "it discredits Castilla y León" and "does not contribute anything positive".

1 Pride opens a "flag war" in Cibeles and... 2 These are the cheapest hours of electricity this Wednesday 3 Presented the bullfighting posters of the Malaga Fair... 4 Carlos Baño, new president of the Alicante Chamber... 5 A worker dies in the collapse of a factory warehouse... 6 The King asks to extend NATO unity to other partners 7 Justice opens proceedings to investigate the complaint... 8 The liberators of El Escorial fight again 9 The check that Madrid needs to reduce the transport... 10 Serena Williams loses in the first round on her return... 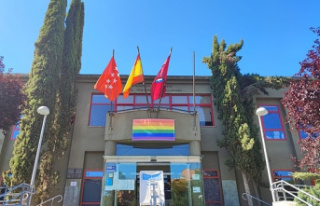 Pride opens a "flag war" in Cibeles and...