The head of the Central Court of Instruction number 1 of the National Court, Alejandro Abascal, continues to pave the way to clarify whether a handful of Spanish businessmen dedicated to infrastructure consulting paid at least 1. 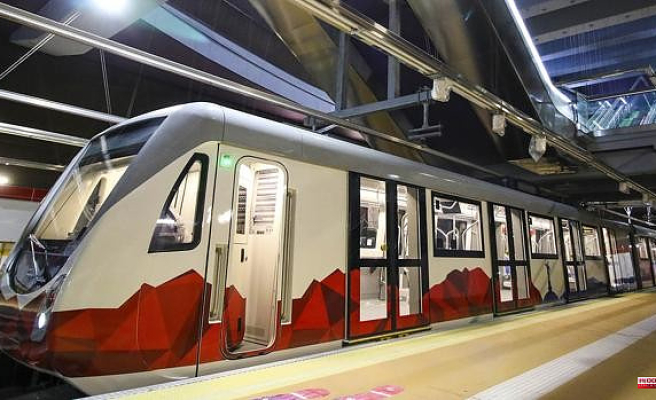 The head of the Central Court of Instruction number 1 of the National Court, Alejandro Abascal, continues to pave the way to clarify whether a handful of Spanish businessmen dedicated to infrastructure consulting paid at least 1.2 million euros in bribes to Ecuadorian officials to obtain a contract related to the construction of the Quito Metro, a pharaonic work valued at more than 2,000 million dollars that was in charge of Acciona and from which many other service awards were born.

According to sources of the investigation reported to ABC, requesting banking and financial information from the Ecuadorian authorities to track that money will be the natural step after the little productive that the statements of the main investigated were, a total of eight people (there is a ninth that he will have to do it by letter rogatory since he lives in Australia) that two weeks ago they either accepted their right not to answer or limited themselves to responding to his defense at the National High Court.

The case is being pursued for crimes of corruption in international business transactions and began with a complaint from the Anti-Corruption Prosecutor's Office which, without specifically targeting any natural or legal person, did echo the information provided by a KV Consultores worker. She pointed out that her company, in consortium with Prointec S.A. and keeping in the shadows the real promoter, the mercantile Bustren PM, knew even the contract documents before it was awarded. This company, which controlled 80% of the consortium, would have hidden its real role because it had been established less than two years ago when the competition was called and seniority was an essential requirement.

Spain does not have jurisdiction to investigate irregularities in the adjudication by the Ecuadorian Administration, but it does have jurisdiction to put a magnifying glass on those nationals who have engaged in corrupt practices outside our borders. That does not mean that those officials who received bribes, if any, go unpunished. The Ecuadorian prosecutor Alberto Leonel Santillán Molina traveled to Spain expressly to follow the investigations and attended, together with a colleague, the statement of the eight defendants before Judge Alejandro Absacal for what could be of interest for their own investigations. on corruption in public administration. In the background, the mastodon known as the Odebrecht case, a plot that has infected several Latin American countries and at the highest level.

In this case, moreover, its interest lies in the fact that, together with Ecuadorian public employees, there is Eduardo Alonso Rodríguez-Viña, son of the honorary consul of Ecuador in Madrid. The investigators place him at the center of the case for being the person who would have the contacts and the ability to influence the political and business sphere of the country. In this way, and according to the sources consulted by ABC, it would be he who would have assumed the role of 'achiever' in the plot and who, in addition, would have intervened in the financial operations destined to pay the bribes to the Ecuadorian officials in exchange for awarded the consultancy contract for the Quito metro to the Spanish company Bustren PM in a covert manner.

The payments would have been made by transfer, and would have been channeled by Eduardo Alonso Rodríguez-Viña through a company represented by himself, Consorcio Einsa Internacional. The researchers have the thesis that there is a whole network of companies related to him and linked to obtaining public contracts in Ecuador. In his passage before the judge, last week, he did not contribute anything of interest, according to the sources consulted by ABC.

It is in 2013 when a group of Ecuadorian officials irregularly awarded the GMQ Consortium, made up of the Spanish companies Prointec and KV Consultores, the Quito Metro management contract. In the shadow, was the Spanish company Bustren PM constituted by Jesús María Trabada Guijarro, who was CEO of Mintra, the public company in the transport sector of the Community of Madrid from 2003 to July 2011.

It is suspected that both he and his collaborators would have taken advantage of their position to accumulate knowledge and access privileged information, directly related to the construction of the Ecuadorian capital metro.

Sources of the investigation consulted by ABC locate the germ of this macroproject in the previous works and studies carried out by Metro de Madrid, dependent on the Ministry of Transport and Infrastructure of the community. Already in 2009 the government of the Spanish capital and Quito would have signed a general protocol. Then the Madrid public transport company was entrusted with the mission of carrying out different studies on the feasibility of construction in Ecuador. In 2010 they signed the first contract related to the Metro line 1 project. Later, different visits would be made by delegations of the Quito Metro to Spain, which allows investigators to establish previous links between the people who would end up intervening in the signing of the contract that is now under suspicion.

It is at the end of 2011 when Jesús María Trabada Guijarro establishes Bustren PM. Two years had not passed since the contest was called in Ecuador, so it did not meet the legal requirements and could not aspire to the award.

However, according to the investigators, the company was awarded, hidden behind the consortium and paying 1.2 million euros under the table to the officials who had the last word.

1 Justice closes the tourist flats in Galicia 2 Still little diversity in the Canadian army, according... 3 Ceuta border workers: "Not even a bag of tomatoes... 4 The Biden Administration opens its hand with the Castro... 5 Internal offensive in the Treasury to activate the... 6 Auditor General's report: construction site management... 7 A long rest beneficial for the Avalanche 8 Yaroslav Askarov agrees with the Predators 9 Washington lifts a series of restrictions on Cuba 10 A new police station for the Uashat mak Mani-Utenam... 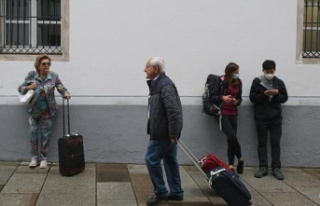