Francisco Javier Almeida, the alleged perpetrator of the crime of little Álex on October 28 in Lardero (La Rioja), has been admitted since last Friday in the Logroño prison, to which he has been transferred from the Segovia prison. 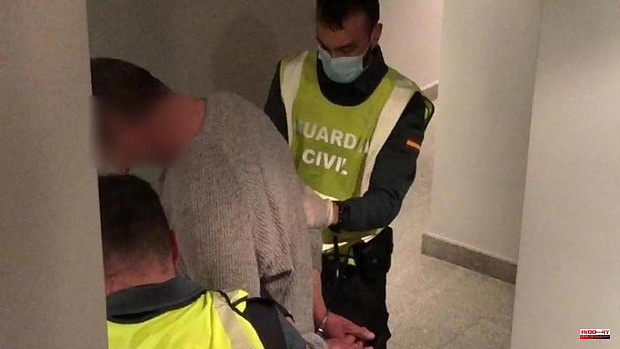 Francisco Javier Almeida, the alleged perpetrator of the crime of little Álex on October 28 in Lardero (La Rioja), has been admitted since last Friday in the Logroño prison, to which he has been transferred from the Segovia prison. The reason is that today will follow the statement of two minors who were in the park the night he kidnapped the boy and took him by deception to his apartment where he strangled him half an hour later. It is about a boy and a girl, both between 10 and 12 years old, who place Almeida that afternoon loitering in the park. He had already invited the girl before to accompany him.

Surprisingly, it is the first stage in which he agrees to participate, although Almeida, who has already been convicted of abusing a minor, can only follow her without having any contact with witnesses.

Both will testify in a Gesell room in the Logroño courts to preserve their privacy, as explained by the lawyer Alicia Redondo, who exercises the accusation on behalf of Álex's parents and the Clara Campoamor Association. Almeida will be with his lawyer in a separate room watching and listening to what the minors have to say, who will be accompanied by a psychologist from the courts and his parent.

Almeida, who had been on probation since April 2020, has been silent since he was arrested with the lifeless body of the child in his arms while waiting for the elevator. On April 5, summoned by the judge by videoconference, he also refused to testify, just as he did before the Civil Guard and when he was brought to justice.

Last April Álex's father and several other witnesses testified. The parent explained that they only lost sight of their son for two minutes (they were celebrating a Halloween party with friends a few meters from the kids) and it was also proven that only 39 minutes passed, according to the report, from when Álex disappeared until They found him practically lifeless when his relatives desperately searched for him.

Almeida, 54, cheated on the boy who had dressed up as "the girl from the exorcist" for Halloween. The hypothesis is that she mistook him for a child because of the wig he was wearing and she decided to strangle him minutes later when she realized it. After entering the Logroño prison, he was transferred, on November 4, to the Segovia prison to guarantee his safety, from which he has been taken back to the place where the events occurred.

The lawyer who exercises the accusation emphasizes that the alleged murderer did not even want to be present in the data dump of his computer equipment in court, hence it is striking that now he has agreed to attend, even from the other side, the declaration of minors. This seems to be the reason, the fact that they are children. The investigated has been in jail since Friday in an isolation zone to preserve his safety.

Almeida, who has spent more than 20 years in prison for two sexual assaults and a murder, had been on 18 months of probation when he killed nine-year-old Alex. As soon as he entered the prison again, he asked the chaplain to visit him. Initially, a support prisoner was placed on him and the suicide prevention protocol was applied. He is in the ordinary regime and leads a normal life in Segovia, according to prison sources, away from the prisons of El Dueso and Logroño.

Despite his refusal to collaborate in the events, he did demand months ago that the keys of the rental apartment on Río Linares street where he lived and in which he killed the little boy be returned, and those of his car, a petition to the that the accusation opposed and that the judge did not agree, according to sources of the case consulted by ABC. It was agreed that he should undergo a psychological expert, despite the fact that the two that were done years ago concluded that he did not suffer from any disorder.

His defense is handled by a court-appointed lawyer, the second, since the first one assigned to him had only been a collegiate three months. The judge has denied the prosecution access to the prisoner's parole file on the grounds that it is not necessary to open an oral trial. The decision is appealed.

Almeida strangled Álex in his house in Lardero, a modern apartment to which he had moved at the beginning of 2021. He had been stalking the group of children who were playing in the park and took him deceitfully by mistaking him for a girl because of the costume of the girl from the exorcist, wig included, that the little boy wore to celebrate Halloween with his family and friends. The autopsy confirmed, as reported by ABC, that the alleged perpetrator strangled the victim, possibly upon discovering that he had been mistaken for sex (his two previous victims of his were women). It has not yet transpired if the kid also suffered some kind of abuse or sexual assault, although the predator barely had time, as has been said: 39 minutes in total.

Álex's parents immediately missed him at the party they were celebrating in a place next to the park and they, as well as other relatives, friends and neighbors began looking for him door to door. It was precisely a neighbor of the Almeida building who came across the murderer when he was calling the elevator with the little boy's sprawling corpse in his arms.

Almeida's crime provoked a wave of indignation. Manual sexual predator, he had enjoyed 39 prison permits since 2013 and had been granted parole in April 2020 with three years to go before he finished serving his sentence for the murder and sexual assault of a real estate employee from Logroño .

From April and until Álex was killed, the prison in the capital of La Rioja carried out 16 actions to ensure the measures established by the Prison Surveillance judge. He obtained a job as a cleaner in a company that collaborates with Prisons in the labor insertion of ex-inmates and asked for permission to move to the apartment on Linares Street, in front of a school. An official in second activity controlled compliance with the measures, but neither his neighbors nor the Security Forces and Bodies were aware of this change of address (a circumstance adjusted to the conditions of his freedom but which was harshly criticized after the crime).

Prison unions claimed that it could have been avoided because he should not have been granted first the third degree and then parole. The professionals at the El Dueso prison where he served a good part of his sentence warned Almeida that he was not prepared to live in freedom and they appreciated the risk of recidivism.

Interior argued that he had been monitored since he was released, but officials consider that it was "neither direct nor continuous" and that the figure of the probation officer is not regulated. The boy's family barely survives. His lawyer has already announced that she will request a reviewable permanent prison for the predator.

1 There is a message for you: celebrities learn to monetize... 2 30 percent more lifeguards and surveillance even by... 3 Lasso retains the presidency and defeats the opposition... 4 Jesús Urrea receives "satisfied and proud"... 5 Veganzones fear that inflation will stop the good... 6 Castilla y León votes against the new model of residences... 7 Aguas de Alicante and the Aquae Foundation award the... 8 The deceased of La Palma are still waiting for help... 9 A man hit by a train dies in the Valencian town of... 10 The Generalitat Valenciana formalizes the "cessation"... 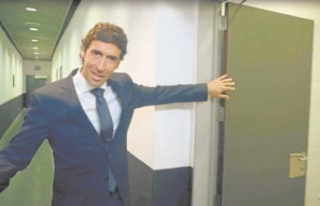 There is a message for you: celebrities learn to monetize...