The murder of Juan de Dios for a possible revenge: "All the people knew that one day this would come"

His name was Juan de Dios, he was Spanish and he was 36 years old. 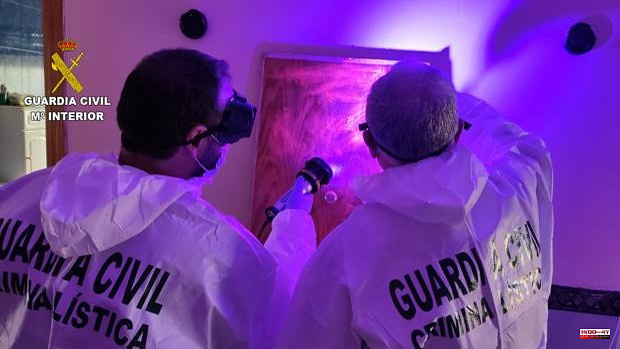 His name was Juan de Dios, he was Spanish and he was 36 years old. He was beaten to death last week, presumably at the hands of a 37-year-old man, who appeared at the Civil Guard barracks in Illescas early on Saturday, January 25, confessing responsibility.

Investigators and forensic doctors try to clarify with the autopsy where the crime occurred and if the alleged murderer, Romanian, took Juan de Dios alive or dead in the trunk of his car, a Mercedes, to a stream in Bargas. There, about 30 kilometers from Illescas, he left his feet tied and went to the barracks to tell what he had done. He said that he had left him badly injured but, when the first agents arrived, the body had marks on the wrists from having also been handcuffed.

His head also had blows, with injuries incompatible with life.

His death, caused with a blunt object -perhaps a wrench or a hammer-, has shocked the small Toledo town of Yunclillos, where he was well known for his misdeeds among its little more than 800 inhabitants and also in the Civil Guard. Revenge for a fire near his home, supposedly caused by Juan de Dios, would be the reason that led him to take justice into his own hands, according to what the alleged perpetrator told the agents. Since Monday, he has been in prison accused of murder.

"Juan de Dios was a person who, above all, should have needed the protection of social issues," says the mayor, Miriam Dorado. She was a neighbor of the deceased on the same street, where the man lived together with his father. "Personally, it didn't give me any problem, but in the town everything that happened was attributed to Juan de Dios: a fire, a robbery...", explains the mayor.

She gave him free private lessons for a couple of weeks to help him when Juan de Dios was a child, growing up in a needy family with no financial resources. «He had some kind of deficiency, but I am not the one to assess it. I think there was a mental problem behind his behavior. It would have been nice if he had had some protection or help from social services. He was in a loop of bad life », says the mayor, who came to see him work for the City Council, sweeping the streets well for example, when she was not in office.

“I don't want to defend him because the things he has done in town are not right, but I also tell him that Juan de Dios has been a victim that the State has not protected. It is my personal opinion that I say it where it is necessary. It was a behavioral problem that has not been redirected well, "adds the councilor. «Making self-criticism, in the three years that I have been, could I have mediated with social issues to pressure? Yeah, I could have pushed harder on this kid, who needed help, and not put him in jail. Because, if not, he was going to end badly, as he has ended ».

«I knew Juan all my life, we were the same age. He was always a wretch, he hasn't had a family; since he was a child he has been very marginalized, he has been the marginalized of the town ». Miguel Delgado tells it, saddened by his death, although years ago he robbed him in his own house. "I had a good relationship with him and, from time to time, he gave him food," he continues. I tried to have a good relationship with him because it is true that, from time to time, he messed around the town: he burned things, he stole... He was the typical person who was out of his mind and, in my opinion, social services were lacking for them to take care of him. He was a boy who should have been admitted to a psychiatric hospital as a child or with professional help from the State ».

Last Saturday, there was a fire in the town stream, in an area known as 'Las Parcels' and approximately one kilometer from the house of the alleged murderer, but the wind carried the flames to the fir trees of the farm, according to Miguel. "People say it was Juan de Dios, but they don't know," adds this neighbor, who had brought eggs from his chickens to Juan de Dios a week and a half ago. «I tried to behave well with him -he admits-, because I felt sorry for him and so that he would not do me any mischief. That's why my way of acting with him was in a nice way. «When he did misdeeds, they always caught him because he was a boy who was sick in the head; I don't know if he did it to attract attention... », he continues.

“All the people knew that one day this would come; that he would meet the match of his shoe and get in trouble with someone. All of us who have suffered him apologized because he was a little out of it », says Miguel. “In fact, when we caught him inside the house, my father did not file a complaint against him with the Civil Guard. My father told the agents that what Juan de Dios needed was professional help, to enter a psychiatric hospital or some specialized center, because nothing was achieved with sticks and mistreating him », he recalls. «Juan de Dios became a goalkeeper for the town team when he was a child, but when he became an adult, the bad life came and he went to jail, with which he began to go downhill. A real shame."

1 He kept an anti-tank rocket under his bed. 2 The alleged murderer of Marta Calvo contacted more... 3 Fifty dead after a fire caused during a riot in a... 4 The six decisions that will come out of the NATO summit 5 How to calculate if I have been paid well the extra... 6 XV Edition of the Vela Clàssica de Barcelona with... 7 Fernando and Carlos Flethes, great favorites among... 8 Iceta reiterates that it will not authorize the transfer... 9 The Castelao medals distinguish five personalities... 10 Diary of Santo Tomé (10): The rebellious altar boy 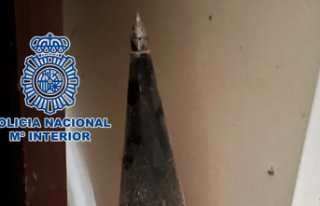