Live music is preparing for a new summer season full of major festivals throughout the Valencian Community. 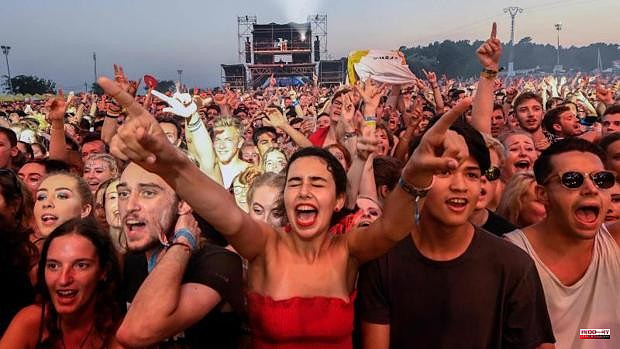 Live music is preparing for a new summer season full of major festivals throughout the Valencian Community. After successfully celebrating some long-awaited competitions such as the Festival de les Arts, Deleste Festival or Love the 90's, the next three months seem exciting and with an impressive lineup of international artists of different styles.

On July 2nd, Valencia's South Marina brings back the Latin Fest, a day dedicated to urban music and reggaeton, which will bring together renowned artists such as Jhay Cortez, Feid, Blessed, Ñengo Flow, Juan Magán and Chimeno, among others.

An entire institution within the society of the Turia capital. The Viveros Concerts, organized by the Valencia City Council, brings together singers and groups of different musical styles from July 1 to 24. This 2022, Leiva, Residente, Rigoberta Bandini, La Oreja de Van Gogh or Simple Minds stand out, among many others.

The Benicàssim International Festival (FIB) is, without a doubt, the festival school at a national level. A benchmark that crosses borders and enjoys a carved reputation within the music industry. In this edition, from July 14 to 17, it will bring together artists such as Justice, Kasabian, Two Door Cinema Club, Nathy Peluso, Izal, Lory Meyers, Dorian, Miss Caffeina and La M.O.D.A.

The other great summer festival in the province of Castellón takes place in the town of Burriana, where The Music Republic organizes Arenal Sound. A contest that has been consolidated for decades and that in 2022 will once again bring together renowned singers from the current scene from August 4 to 7, such as C.Tangana, Bizarrap, Myke Towers, as well as other artists such as Lola Indigo, La Oreja de Van Gogh and Omar Montes.

Two years after cancellations due to the coronavirus, the coastal town of Cullera is hosting a new edition of the Medusa Sunbeach Festival, an electronic and Latin music gathering that has already sold more than 200,000 tickets per day. From August 10 to 15, their 'line up' will be made up of big names like David Guetta, Steve Aoki, Morad, Juan Magan, Cali y el Dandee and Carl Cox.

After closing its last confirmations, Low Festival 2022 takes over Benidorm from July 29 to 31 with more than fifty artists, including Izal, Nathy Peluso, Temples, Primal Scream and Metronomy, among others.

One of the great surprises of the season. The new Diversity Valencia Festival arrives from July 21 to 23 at the City of Arts and Sciences with a poster worthy of the best musical events of the moment. The legendary Iggy Pop is joined by the Eurovision Maneskin, as well as other international names such as Christina Aguilera, Black Eyed Peas, Ozuna, Nicky Nicole, Armin van Buuren or Karol G.

With 'feedback', dialogue, constructive and shared proposals, team ideas, common sense, active listening, action, social commitment and a dose of creativity in the search for solutions, the international reggae festival Rototom Sunsplash faces its 27th edition, which will be held in Benicàssim (Castellón) from August 16 to 22. Some of the most outstanding guests are Burning Spear, Damian Marley, Sean Paul or Davido.

1 Official: Real Madrid announces the signing of Tchouaméni 2 Arrested a Bundesliga footballer accused of raping... 3 Luis Enrique lowers the smoke to Gavi: "He has... 4 Cañadas: "The Circle always anticipated and... 5 The cultural week of the Centro Extremadura Talaverano... 6 Civil Protection calls for maximum vigilance due to... 7 A 20-year-old man arrested for domestic violence against... 8 Second case of monkeypox in the region, also in the... 9 Tchouaméni enters the top-5 of the most expensive... 10 The Agra fire is now under control 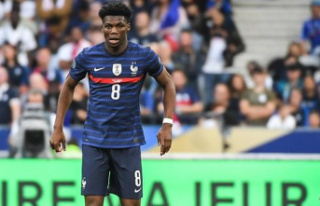