The Mossos d'Esquadra are investigating the case of the two sisters from Tarrasa (Barcelona) of Pakistani origin who a few days ago were brutally murdered in their country of origin while trying to break up a marriage that their parents had arranged with their relatives and therefore They have summoned relatives of the young women to testify. 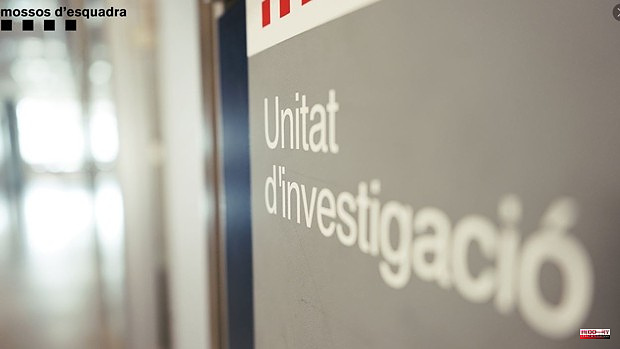 The Mossos d'Esquadra are investigating the case of the two sisters from Tarrasa (Barcelona) of Pakistani origin who a few days ago were brutally murdered in their country of origin while trying to break up a marriage that their parents had arranged with their relatives and therefore They have summoned relatives of the young women to testify. The Catalan police want to determine their degree of involvement in the trip of the two girls, which ended up leading to their death at the hands of their relatives.

Specifically, the police want to determine, among other aspects, if Uruj and Anisa, 21 and 24 years old, were forced to fly to Pakistan, if they were convinced of it or if, on the contrary, the young women went to their country of origin of your own accord.

According to reports, they intended to stop the marriage with their cousins ​​because they wanted to marry other men.

As far as is known, the women's in-laws, who live in Pakistan, allegedly murdered them for demanding a divorce after a forced marriage a year ago. The Punjab Police, the area where the events occurred, have arrested six people in the case.

Regarding the murder itself, legal sources consulted by ABC consider that the National Court would not be competent, nor in application of the universal jurisdiction by which crimes committed against residents of Spain abroad are prosecuted, while the Pakistani authorities have already opened an investigation. The Spanish jurisdiction would enter in the event that there, the alleged murderers of the young women did not face criminal consequences.

A different case is the management of the forced marriage that took the two young women to Pakistan. It will be precisely the Mossos who must clarify if there are indications of crime in the relatives of the girls who do reside in national territory.

The Penal Code persecutes in its article 172 who with serious intimidation or violence compels another person to marry, but not only. Also to those who use "deception" to "force another to leave Spanish territory" in this context. The crime is punishable by prison sentences ranging from six months to three years in prison.

The case has caused a huge stir in Tarrasa, a population that has been dismayed. The City Council has convened precisely for this Tuesday at noon a minute of silence as a "show of mourning and rejection" for the murder of two sisters. In addition, the Femicide Table has been convened, which will be chaired by the mayor, Jordi Ballart.

Also from CC.OO. Catalonia has called another minute of silence to condemn the case. The union regrets that the two young women were "victims of one of the most invisible sexist violence, forced marriage", a practice that is still in force in the countries of some immigrants who are living in Catalonia.

1 Fernández sends a message to Genoa in relation to... 2 The PP wants to recover the health agreement with... 3 Feijóo opens on Wednesday in the Senate, but will... 4 Compromís joins forces with ERC and the CUP in Congress... 5 The journalist Juan Ramón Levia from Castilla-La... 6 "M.... to war", the very explicit slogan... 7 Léolia Jeanjean in the time machine at Roland-Garros 8 Biarritz Olympique: new coup attempt against the Galactics 9 The Canary Islands cut 43.6 million in dependency,... 10 Ayuso calls it "barbarous" that Gallardo,... 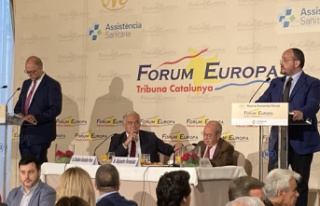 Fernández sends a message to Genoa in relation to...