The defense of one of the girls who reported having been victims of a group sexual assault in an abandoned house located in the Valencian town of Burjasot on May 16, has withdrawn the accusation of three minors detained for the events and has implicated others so many suspects that the young woman has identified through photographs published on social networks. 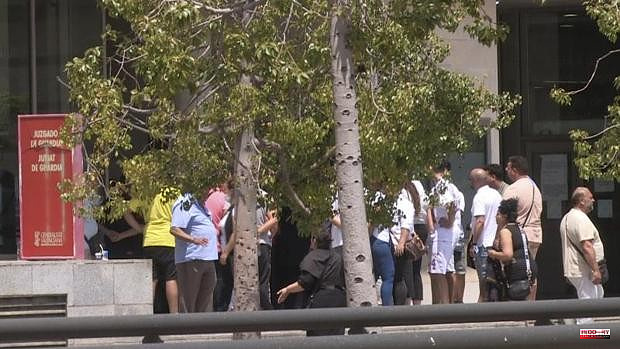 The defense of one of the girls who reported having been victims of a group sexual assault in an abandoned house located in the Valencian town of Burjasot on May 16, has withdrawn the accusation of three minors detained for the events and has implicated others so many suspects that the young woman has identified through photographs published on social networks.

According to the brief presented by the victim's lawyer, Manuela Muñoz of Vanguard Abogados, the girl shows "disagreement" with some of the photographic identifications that were carried out on the day of the events, for which she "proceeds to clarify who does know” in order “not to cause unnecessary pain to those who have nothing to do with it”.

Thus, it requests that the new recognition wheel take place next Thursday, June 16 and, if the defense request is accepted, three defendants would join the process and three of the six detainees so far would no longer be involved in the alleged violation. multiple occurred three weeks ago.

At the moment, six defendants are counted, the last one, an eighteen-year-old boy who was arrested this Thursday by the National Police and who was released by the Court of First Instance and Instruction number 5 of Paterna with precautionary measures for the sexual assaults on the two twelve-year-old girls. The magistrate agreed to her provisional release with restraining measures and prohibition of communication regarding the victims, as well as periodic appearances in court.

Regarding the rest of those involved, all of them minors between fifteen and seventeen years of age, the judge ordered supervised release with a stay, contrary to the criteria of the Prosecutor's Office, who appealed the decision and requested the internment of the alleged aggressors as a measure "more appropriate to the facts. Upon leaving the court, they were greeted with applause by their families who were waiting outside for the magistrate's ruling.

The victims, according to their account, did not previously know the aggressors, with whom they had made an appointment in the town of Burjasot through the Instagram social network. Thus, three of the defendants are awaiting their possible exoneration after the change of testimony of one of the girls, as well as for the final decision of the Court to maintain the ruling of the probation court or finally order their internment.

The reported events occurred on May 16 in an abandoned house in the municipality of Burjasot, located about eight kilometers from Valencia. A third minor, a friend of the victims, was the one who sounded the alarm after being alerted to what had happened by the minors through an Instagram message.

Once the parents were notified, the members of the National Police began a raid around the Metro stations in that town until they located both adolescents and took their statements in the presence of their parents.

According to what they told the agents, they met the boys through Instagram, specifically, with two young people they did not know in a park next to the abandoned building. They described that one of them tried to have sexual relations with one of the girls, who managed to escape after being attacked. After that, four other minors attended, friends of those who arranged the appointment, who would have competed in the gang rape of the other victim.

On the other hand, the hate crime section of the Valencia Provincial Prosecutor's Office opened proceedings against the co-founder and former leader of Vox, Cristina Seguí, for posting a video on her social networks about the minors who allegedly suffered gang rape in Burjassot.

The Spanish Agency for Data Protection (AEPD) collected different complaints for the dissemination of this video, among them, those of FACUA-Consumers in Action. According to this entity, the piece mentioned the name of one of the minors and the first surname of another, the Instagram user of one of the victims appeared and the faces of two of the girls could even be seen.

Seguí spread the video with the following text on his Instagram account: "Hey, aunts... we're going to become famous on TV.

1 They recover the Fuero de Brihuega, a codex from the... 2 A Brazilian fugitive arrested for continued sexual... 3 Jail for a man for killing another with a hammer for... 4 The CPI shoots up to 9.9% year-on-year in Castilla... 5 Espanyol parks the feelings in its 'renewal'... 6 Mónica Oltra insists on not resigning and criticizes... 7 Castilla y León announces a plan to "monitor"... 8 These are the changes of the urban bus lines for the... 9 Selectivity in Catalonia 2022: this will be the university... 10 The nine spaces of CyL Digital and 16 centers in rural... 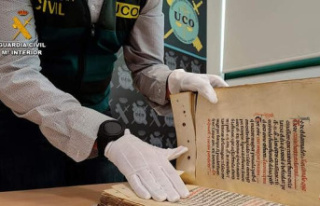 They recover the Fuero de Brihuega, a codex from the...