The metamorphosis of the Ice Palace: from morgue to host the Spanish Mixed Martial Arts Championships

The Ice Palace, more than a shopping and entertainment center, is a metaphor for recent times: death and life. 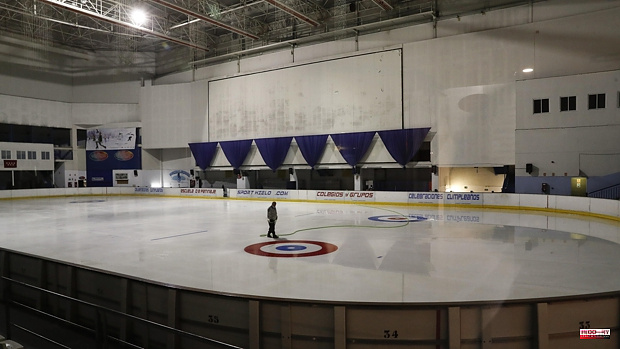 The Ice Palace, more than a shopping and entertainment center, is a metaphor for recent times: death and life. In the hardest moments of the pandemic, caused by the outbreak of a new coronavirus that has claimed tens of thousands of lives in our country, this facility became an improvised morgue because it could not cope with the trail of deaths from Covid. -19. It was the last days of March 2020 when the City Council offered this facility to house hundreds of coffins, which hid the end of many stories, a tragedy that did not stop. This "intermediate deposit" of corpses lasted approximately a month, becoming one of the saddest images of the pandemic.

But for there to be death, there has first been life, that which was recovered when the first skaters returned to this location that summer, and which is now multiplied with the celebration this Saturday of the Spanish mixed martial arts championships (MMA, for its acronym in English), organized by the company with the highest growth at the national level, WOW FC, and the Spanish Wrestling Federation.

Beyond the sporting importance that this competition will have for national MMA, a discipline whose exponential growth in our borders arouses more and more curiosity in those who are unaware of it, from the Ice Rink they have transferred to ABC that they have the same expectation as when This "wonderful sports facility, which has a retractable roof and a large grandstand, is used to host these events." This perspective, it is sensed, is very positive. Also for the organizers. «It is a very important event for mixed martial arts, for our company and for Spain. This time we are going to be at the epicenter of what was one of the key points in the pandemic. For us it represents a phase change, we look forward, we are going to try to recycle positive energy and good vibes from everything tragic that happened due to the virus, ”says the CEO and founder of WOW FC, David Balarezo, to this newspaper.

In just over two years, the Ice Rink will go from being an ephemeral cemetery to being more full of life than ever. But how do you organize a marathon of more than 100 fights in this location? On June 1, the skating season was concluded and the ice was removed because it was too hot and this year a series of reforms are going to be carried out on the rink, sources explain. Although, they specify, the ice would not have been an impediment to mounting the two octagons (the structure where the fighting takes place). In this case, they will be located on the concrete, which is the base of the enclosure, and on some carpets that dress that solid material to place the structures on top.

In terms of sports, without a doubt, the mixed martial arts championships will be historic (they can be followed in 'streaming' through the WOWfc YouTube channel), with a record number of participants by adding 135 fighters, and will serve to slam the final door on the pandemic, which has so undermined people's lives in many ways. As for its development, they will take over the entire day, with the kick-off to the fights scheduled for 11:30 am, with the round of 16 and round of 16 being played in the morning and the quarterfinals and semifinals in the evening. «They are going to be the best championships in Spain to date, in terms of production and also sportingly. The level is very high, with spectacular crossings. We are going to enjoy the talent that is emerging and they want to get closer to WOW, we are going to give them the opportunity to shine even more”, adds Balarezo.

If something makes this Spanish championship exclusive, it is that the finals will be played two weeks later, on Saturday June 25, in another symbolic setting, the San Agustín Sports Center, next to the Santiago Bernabéu, giving greater prominence to the final event, since in previous editions it was held jointly in the same session. "We want to give the value that the MMA champions in our country deserve," they conclude from the organization.

1 The 45 black spots with the most accidents on the... 2 Top the price of visiting tickets, the desire of the... 3 Spain lives on the wire 4 Without privileges for Andorra de Piqué 5 If you are going to visit Asturias to eat only fabada... 6 A judge indefinitely prohibits bullfights in Plaza... 7 Mexico City bullfighting ban extended indefinitely... 8 The US affirms that the 250 Honduran workers that... 9 Patchwork to fix the world 10 North Korean leader reiterates his support for arms... 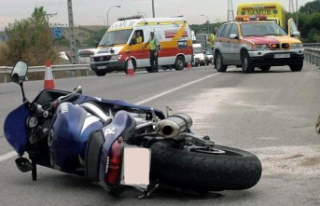 The 45 black spots with the most accidents on the...