In his second consecutive Holy Year, and exceptional in the face of the coronavirus pandemic, Santiago has been speculating for months with a papal visit. 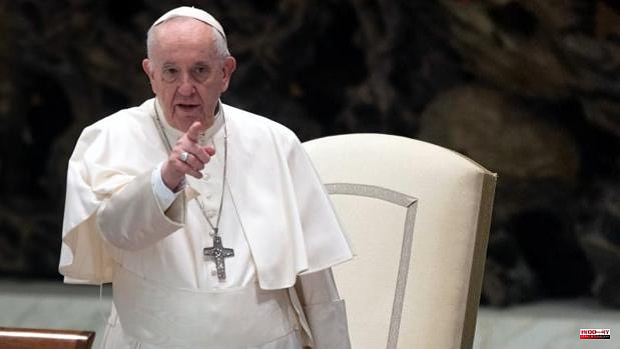 In his second consecutive Holy Year, and exceptional in the face of the coronavirus pandemic, Santiago has been speculating for months with a papal visit. At the moment there is nothing confirmed, but the mayor of the city, Xosé Sánchez Bugallo, referred to the subject again this morning. At a press conference at the City Hall, the Compostela councilor asserted that "there is a possibility" that Pope Francis will visit Compostela "before the end of the year" and hoped that the trip would materialize.

The last time a pontiff visited the city was also a Holy Year. It was in 2010 and Benedict XVI lived in the Vatican, the first Pope to resign from his position in 598 years. Francisco, elected in 2013, has never visited the Galician Community. On April 1, the president of the Spanish Episcopal Conference, Cardinal Juan José Omella, arrived in Santiago to participate in a meeting of Catholic businessmen.

Asked about a possible visit from the Pope, Omella did not give many clues. "I am not a prophet," he asserted in statements to the media. The president of the Episcopal Conference also limited himself to wishing that the Pontiff could travel to Santiago coinciding with the Holy Year and stressed that the Holy Father is characterized by going "where no one goes and where there are many problems, the peripheries." Between July 2 and 7, he is scheduled to travel to Sudan and the Congo.

Bugallo acknowledged that it will be difficult for the Pope to visit Santiago in August, but insisted that there is a possibility that the Vatican organize a trip to Santiago before the end of 2022, which will once again set records for pilgrims. "We hope with enthusiasm and patience that it can materialize," said the mayor, according to Ep.

The socialist alderman also wished that next July 25, the Kings can participate in the traditional Offering to the Apostle, as they did last year. "It would be a source of satisfaction" to have his presence, Bugallo stressed. Asked about the king emeritus's visit to the Pontevedra town of Sanxenxo, the mayor stated that Juan Carlos's relationship with the city was always "cordial and correct" although he acknowledged that "the things that happened were a major disappointment", in reference to the different judicial processes opened against the emeritus, which have already been archived by the Spanish courts.

"But today he is a person who does not hold any kind of responsibility or institutional representation and therefore, free to circulate on one side or the other," he recalled. Bugallo conveyed his will as alderman that Santiago maintain a "special relationship" with the Royal House, as he "is doing with the current king."

1 The Lehendakari and the Zedarriak business forum seal... 2 The reasons argued for the loss of leadership of Euskadi 3 Mauricio Pochettino: “My desire as a coach is for... 4 The enigma Heurtel is reborn: "Of course he has... 5 Putin cuts gas to Finland from tomorrow Saturday after... 6 Schröder rectifies and leaves his management position... 7 McDonald's sells its Russian franchises to a... 8 Denial of abortion in Croatia: "If he is born,... 9 Sánchez will meet in Davos with Intel, Qualcomm,... 10 The governor of the Bank of Spain appears in Congress... 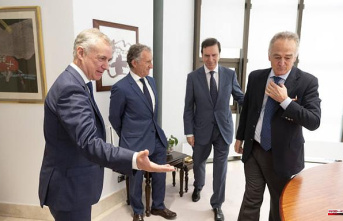