The 'Mask Case' of the Canary Islands: Where are the four million euros?

No response to the 'Mask Case' of the Canary Islands, a contract for a million masks for which the Executive paid four million euros, of which nothing is known yet. 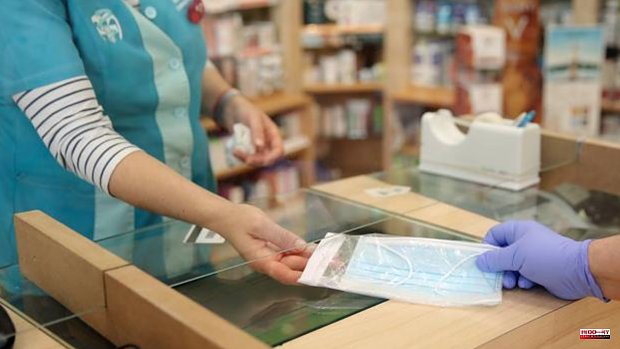 No response to the 'Mask Case' of the Canary Islands, a contract for a million masks for which the Executive paid four million euros, of which nothing is known yet.

During the state of alarm, through the Canarian Tax Agency, up to ten embargoes have already been ordered on the company to recover the debt, which already reaches 4.8 million, but so far the attempts have been "unsuccessful". The Anti-Corruption Prosecutor's Office has opened proceedings for alleged crimes of prevarication and embezzlement of public funds.

It seeks to recover the four million euros allegedly swindled by the company RR7 United with a batch of one million FPP3 masks that were never delivered.

The events date back to April 2020 at a time when the world market for medical devices was competitive and the Canary Islands competed with the rest of the world to obtain protection materials.

The Canaari Minister of Health, Blas Trujillo, explained that with a stock in the community of just six weeks and many companies that could not go to the market or only had small quantities, the company RR7 United offered a mask model, validated by prevention services of the autonomous community, at a price of four euros per unit, in line with what was set by the national health institute, for which it was given "the go-ahead".

The order, he commented, is made on May 25, 2020 and half is paid on August 27. Subsequently, on October 28, the SCS requires the material and the supplier says that "he needs all the money because there are auctions" on the market and for this reason, another two million are paid on October 19. Finally, on January 15, the intermediary of the operation communicates by letter that they cannot carry out the supply, so the General Directorate of Economic Resources initiates the contract resolution file on February 1.

The company reported that the masks arrived in Gran Canaria from Ethiopia but were incinerated by Customs Inspection since they did not comply with European certifications.

On June 29, Trujillo continued, the company contacts the SCS and offers masks "of the same level" to be able to cancel the embargo procedure, but the condition is set that it must increase the item to 1.2 million, of in such a way that the cost per mask drops to 3.30 euros, and deliver them in a week. They failed to comply again and the file for reimbursement of the funds continued its course.

The counselor has affirmed that "there is not a single moment" in which the Canarian public administration has not acted so that the contract is executed and has advanced that the judicial route will be studied if criminal indications are found, especially the raising of assets, and He assures that there has been no "abandonment" in the functions of the council. The contracting procedure complied with the Royal Decree approved by the central government that allowed the emergency route and in fact, it has pointed out that this is the only SCS contract that has incidents, it has insisted.

The Government has opted for the administrative route because "it is faster" to recover the money, "it is first of law", but it has made it clear that it is also working in judicial channels if the embargoes do not bear fruit.

The president of the Canary Islands, Ángel Víctor Torres, has assured that the Canarian Executive is going to exhaust "all avenues" to recover "every last euro." Torres explained that there is a contract resolution that was made "following the administrative canons" and added that there has also been a claim by the Government of the four million paid to the winning company.

He assures that “all the procedures have been carried out in accordance with current legislation”, and of the 15 that were carried out, only one was unsuccessful.

Regarding the request of the Association for the Defense of Public Health of the Canary Islands, Ángel Víctor Torres considers that it is necessary to be "consistent and rigorous" with the statements and wanted to make it clear that the Government has not hidden "any information" on this matter and he has given an account of what has been necessary "in a public way".

1 England: Vieira will not be prosecuted for kicking... 2 Charges of rape: the dismissal in favor of Luc Besson... 3 “We only get what we deserve”: Lopes evokes “shame”... 4 A young woman fakes a bomb threat at an airport so... 5 Purchasing power: the bill finally presented to the... 6 Athletics: "first degree elongation" for... 7 Sánchez vetoes the PP law to deflate personal income... 8 Luis Suárez: "I didn't know I wasn't... 9 The Fhimasa Sailing School team José Luis de Ugarte... 10 Coca-Cola and ElPozo lead the list of the 50 brands... 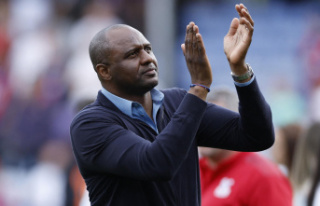 England: Vieira will not be prosecuted for kicking...