The only Spanish company that manufactures cyanoacrylate in Spain -the so-called 'Super glue'-, turns 25 and has celebrated it with the launch of a sustainable container, which, starting next June, will make Supertite the first brand from the adhesives sector whose packaging arrives plastic-free on the shelves. 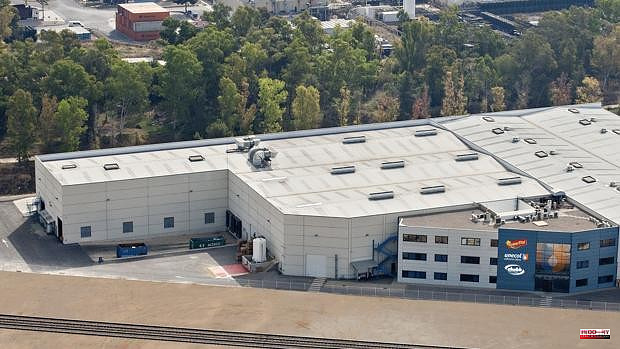 The only Spanish company that manufactures cyanoacrylate in Spain -the so-called 'Super glue'-, turns 25 and has celebrated it with the launch of a sustainable container, which, starting next June, will make Supertite the first brand from the adhesives sector whose packaging arrives plastic-free on the shelves. The measure will mean avoiding the use of 53,278 kilos of plastic per year.

Supertite, based in Almussafes (Valencia), has thus celebrated its quarter century, with the incorporation of a new milestone in a race for sustainability undertaken in 2021, the year in which it consolidated its 'made in Spain' production, sold more of 21 million units of its glue and invoiced twelve million euros.

Last year, the company also marked its specific roadmap in favor of the environment and the social return of its production.

According to Carlos Gómez, general director of the company, "the launch means a before and after for us and, especially, for the adhesives sector". "Because the new packaging -he continues-, in addition to the environmental virtues that they add, mean a change in conception, both visual and presentation, in itself, of the products at the point of sale".

In this sense, Gómez adds that “they will attract attention due to their much more pleasant touch, due to their organic character, made of cardboard, as they are free of plastic; but also because of its volume and color, since the packaging allows the product to be printed on all sides", they explain from the company.

The first phase of the launch of the new packaging comprises 28 references from the Supertite catalogue. But the policy of reducing the environmental footprint has not only been applied to the unit container; the inner boxes (those managed by the establishment and that contain 12 units of the final product) and the master boxes (those that the stores buy, with 72 or 144 units) "have been standardized, saving costs and, above all, being more responsible , minimizing environmental costs”, explains the CEO.

The company has taken advantage of the celebration of its 25th anniversary to invite its stakeholders to the natural environment of the Parador de El Saler, whom it has presented for the first time, before going on the market during the first weeks of June, the first 28 packages and products from its 100% plastic-free sustainable line, made with 85% recycled material and 100% recyclable.

Supertite is the brand of consumer adhesives of the Unecol group (formed together with Unecol and Chubb) and is the only manufacturer of cyanoacrylate or Super Glue in Spain, of which it exports to more than 40 countries around the world. In its more than 50 years of experience, the group has positioned itself as a 100% Responsible company, a reference in eco-sustainability, its factory has solar panels to generate half of the necessary energy, and in Corporate Social Responsibility, sponsors of the Valencia Club of Inclusive Soccer, of ASINDOWN, collaborators of the Ronald McDonald House, which houses relatives of chronically ill children and a long etcetera.

1 Asaja Castilla-La Mancha asks for explanations on... 2 One deceased and one injured after colliding a van... 3 These are the twenty-five best teachers in the Valencian... 4 The terrible moment a police officer responding to... 5 Llorente maintains the act in the Diputación de León... 6 The politicians of Castilla y León say goodbye to... 7 The use of Basque has been stagnant for 30 years in... 8 They transfer to the hospital a 15-year-old run over... 9 Burgos businessman José Antolín, founder and honorary... 10 The father of the only survivor of the Uvalde massacre:... 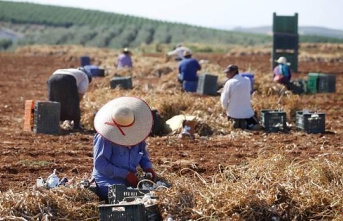